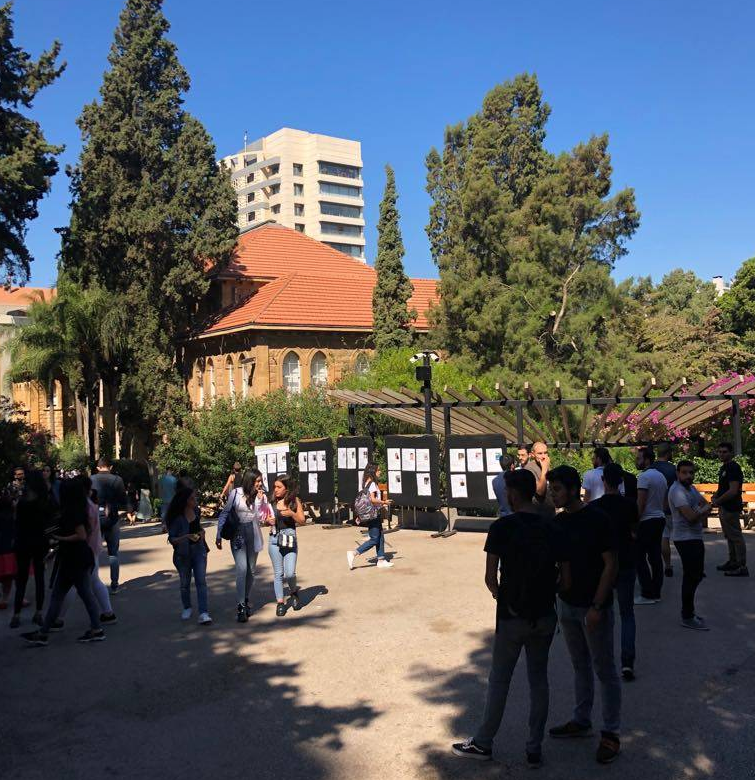 Nazih Gharios, a major shareholder and the chair of the board of the private Mount Lebanon Hospital, announced on Al Jadeed that his institution no longer had a contract with the Lebanese American University to train nursing students.

The end of the contract was confirmed by a source from LAU, a major private university.

The news comes days after eight Muslim nursing students who wear veils were told in an email from their LAU instructor that they would not be allowed to begin clinical rotations at MLH due to the hospital's policy that forbade students from wearing veils — a charge the hospital has vehemently denied.

The email came last Thursday, with the students scheduled to begin rotations at MLH Tuesday.

“We couldn’t believe what was happening — it was totally outrageous,” said one of the students, who asked to remain anonymous so as to not jeopardize her studies, explaining that rotation at this hospital was particularly important because it gives students the opportunity to work in a psychiatry unit.

Some of the students posted screenshots of the email on social media, eliciting a stern second email from Myrna Doumit, an assistant dean at LAU's nursing school and the president of the Order of Nurses in Lebanon.

Doumit began by expressing her disappointment in the students’ “unprofessional and irresponsible behavior,” claiming that the social media posts would "jeopardize the whole class experience at this hospital" and "put LAU's reputation at stake."

She asked that the students take down their posts of the first email, threatening to delay or cancel graduation otherwise. They complied, but not before posting Doumit's email as well.

Responding to social media outrage, LAU issued a statement on Saturday, saying it “unequivocally rejects any form of discrimination, whether on religion, gender or any other basis.”

The statement, signed by LAU President Michel Mawad, reassured students that their graduation was not, as Doumit had threatened, on the line.

“LAU will continue to place you and assist you to graduate in our own medical centers or in our affiliated hospitals that share our same values,” it read.

The focus on the university’s “values” was apparent throughout the statement.

The day before, students had a virtual meeting with Doumit and the nursing school’s interim dean, Costantine Daher. According to one of the students present, Daher told them they were in negotiations with MLH, but that students were “guests” and therefore had to follow hospital rules. The students were told the hospital did not accept veiled nurses, who typically wear long sleeves in addition to the headscarf, for “hygiene reasons.”

A recent graduate of LAU’s nursing program said that the incident was not a one-off. The woman, who wears a veil and asked to withhold her identity for fear of losing her current nursing job, said that she too was not allowed to do her rotation at MLH.

“They didn’t explain why, but simply said it’s their policy not to accept any hijabi nurses,” she said.

The hospital flatly denied such a policy existed in a statement released on Saturday, saying that it does not discriminate and that the claims being laid against it were “shameful.”

Rola Gharios, a shareholder and assistant general manager of the hospital, later told L’Orient Today, “All those who have the skills and capabilities will be accepted, whether they are veiled or not.”

She added that while she was not intimately familiar with the situation, she believed the issue was one of miscommunication between individual staff members of the respective institutions.

Two hours later, her brother Nazih announced on live television that the contract between MLH and LAU had ended.

He said a new contract with the University of Balamand had precluded the hospital from accepting students from other universities. An agreement between the two had been reached in July.

Officials at the University of Balamand could not immediately be reached for comment.

The abrupt announcement of the end to LAU and MLH’s nursing collaboration will most immediately affect the nursing students themselves, who must complete clinical rotations in order to graduate and begin working as nurses.

As of Tuesday morning — the day they were meant to begin their rotations — the students still did not know what would happen.

Nazih Gharios, a major shareholder and the chair of the board of the private Mount Lebanon Hospital, announced on Al Jadeed that his institution no longer had a contract with the Lebanese American...

Aid checks were given to families of the victims of the Beirut port blast ... but banks wouldn't cash them

When Lebanon bids goodbye to its youth