BEIRUT — In the press release for the Maskoon Fantastic Film Festival, festival co-director Myriam Sassine notes that the event’s sixth edition is being staged “at a time when Lebanon is still sinking into a nightmarish dystopia.”

Could there be a better time for a festival dedicated to genre film?

“We didn’t raise a lot of money for this edition,” the Lebanese film producer tells L’Orient Today from Jeddah, where she’s been attending the Red Sea Film Festival, “so we decided to go with a smaller program. We have fewer films than past years and fewer guests, but we are happy with the films we are showing.”

There’s no want of quality in Maskoon’s program. Critically lauded and prizewinning features dominate the six-film international selection. Maskoon opens Monday evening, Dec. 12, with Ruben Östlund’s latest feature Triangle of Sadness, which, for the second year running, won the director the Palme d’Or at Cannes. Sassine has no problem including Östlund’s work in a program of genre films.

“It’s not as frontally ‘genre’ as the other films,” she laughs, “but this film is black comedy, and black comedy has always been one of the genres we promote at Maskoon.

“A genre film is one that takes you out of your reality,” she says. “Any movie that depicts reality but transforms it, switches the codes and takes you to a different world, a different dimension, can be considered a genre movie.”

Most consumers of mass-market audio-visual entertainment probably enjoy genre (“science fiction,” “police procedural,” “romantic comedy”) on a daily basis. Lovers of non-commercial cinema like art house or indie cinema (“festival film,” as it is sometimes called) may disparage genre movies as formulaic — though it may be pointed out that much art house conforms to its own genre conventions. For Sassine, genre is a means to introduce some creative breadth to the region’s cinema culture. 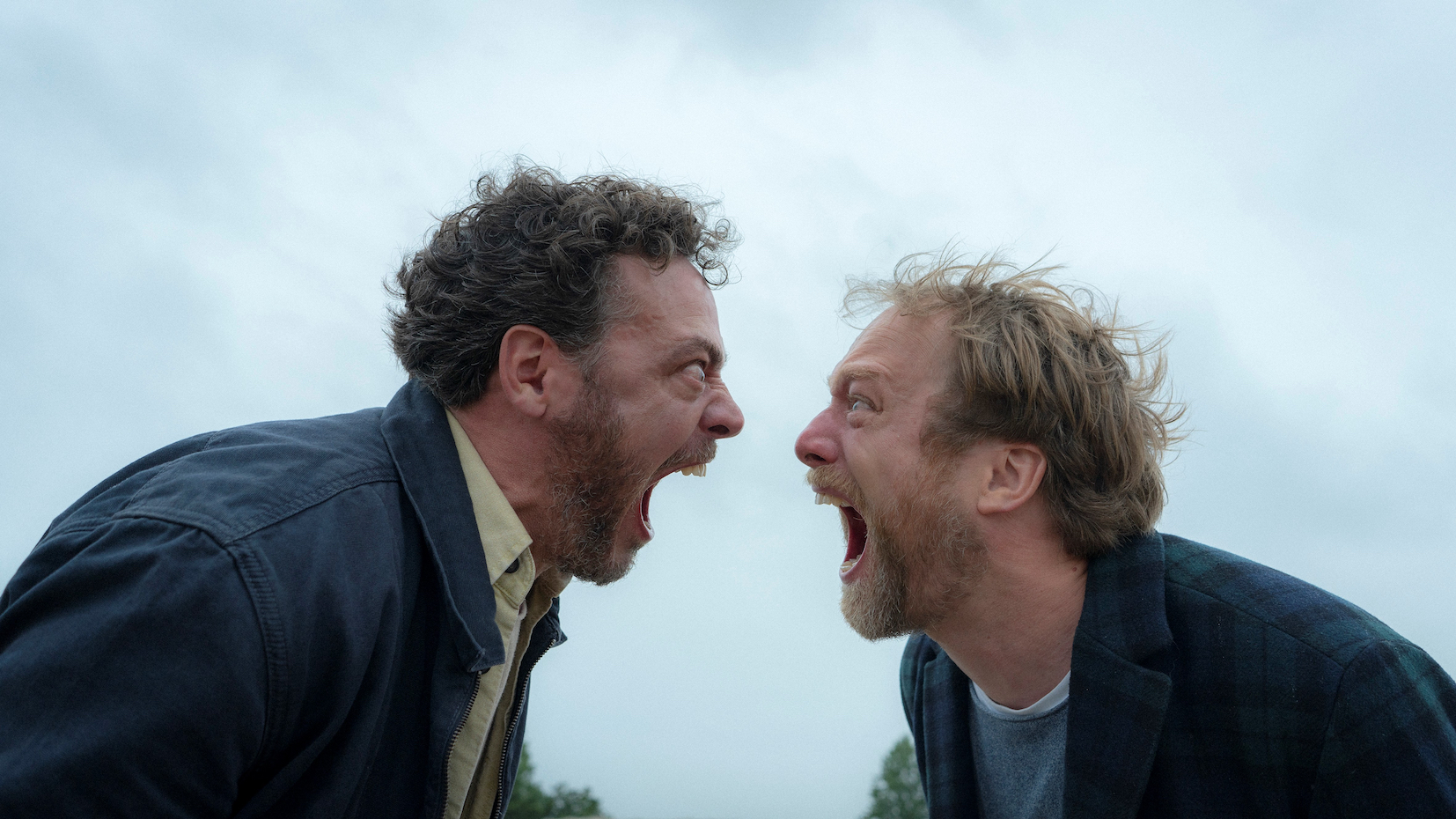 A still from the “Speak No Evil,” by Danish director Christian Tafdrup, screening in the Maskoon Fantastic Film Festival. (Courtesy of: Maskoon)

“The festival’s initial objective was to show Lebanese and Arab filmmakers that you can make genre films that are accessible to a wider audience — but that are also auteur, can go to festivals, have critical acclaim and build your body of work as a filmmaker.

“Maskoon showcases and promotes action films, horror films, sci-fi, black comedy, thrillers and fantasy. You can use genre in an auteur film — an artistic film that has something to say about the socio-political status of the work, or the country where it’s being made.

“We want to show that genre is not restricted to the US, or to big budgets, but can be made in any country. It’s just a different approach. We want to promote this model because in the Arab world there isn’t really a variety of genres that can appeal to a diverse audience. Most films here are dramas — oriented to the foreign audience that go to festivals, to be seen by cinephiles but not the wider audience — or else popular comedies oriented to the local audience.”

Genre buffs should be pleased to know that the 2022 program includes Speak No Evil, by Danish director Christian Tafdrup, Deadstream, a comedy-tinged horror flick by US duo Joseph and Vanessa Winter, and Piggy, the debut feature of Spanish writer-director Carlota Pereda. 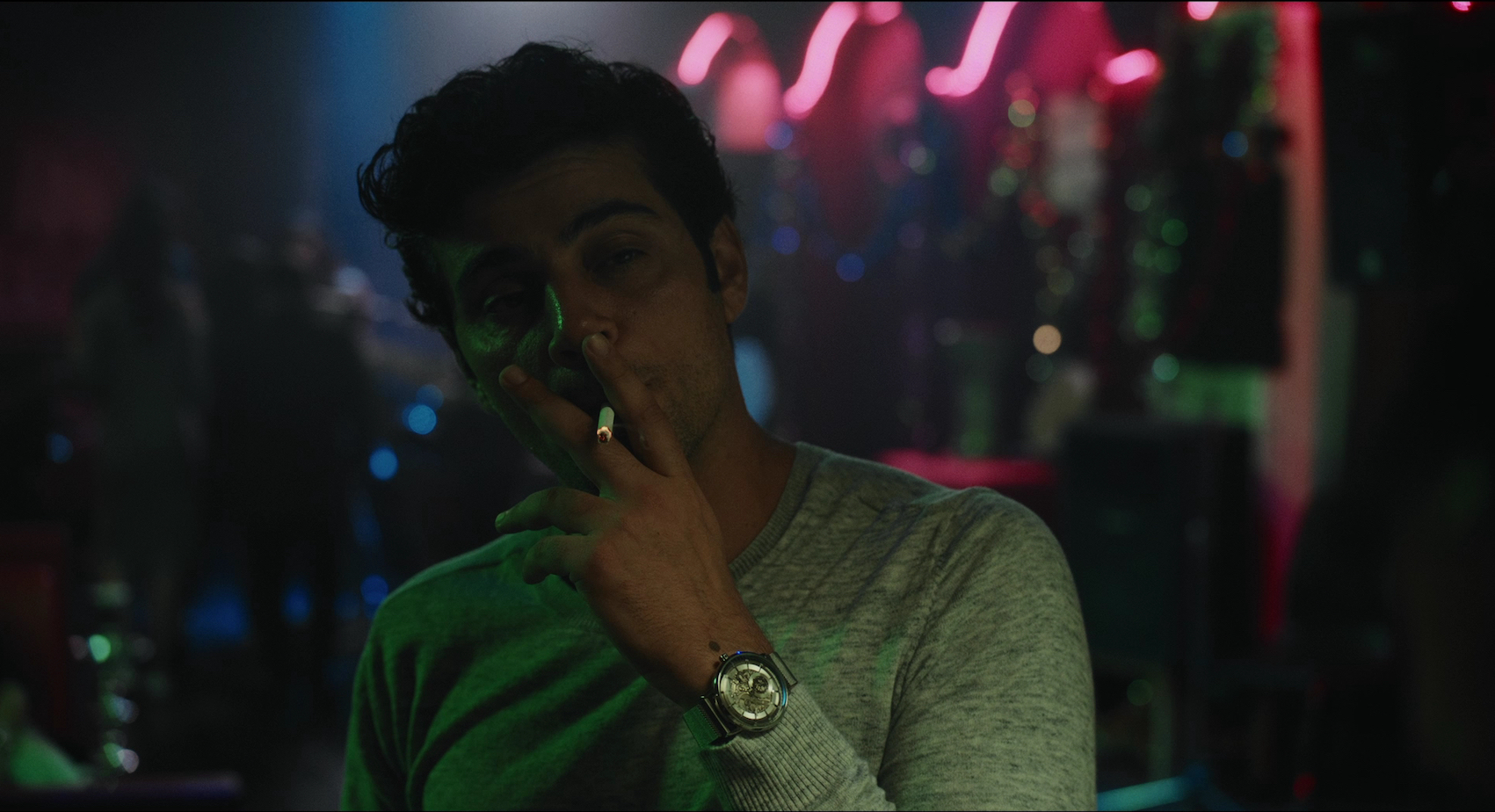 A still from the neo-noir “The Alleys,” by Jordan-born writer-director Bassel Ghandour, screening in the Maskoon Fantastic Film Festival. (Courtesy of: Maskoon)

“We showed Pereda’s short film Piggy at Maskoon,” Sassine recalls with a note of pride, “so we’re happy to be screening the feature version of the film. We also have two exceptional films from the Arab world.”

“The Alleys has many film noir elements,” says Sassine. “For me, it resembles the spirit of [Brazilian cult classic] City of God.”

Both Chebbi and Ghandour will attend the festival and are among the regional filmmakers discussing their work in masterclasses and case studies. Also on hand will be Lebanese director Oualid Mouaness (1982) and producers Lara Abou Saifan, Tunis’ Farès Ladjimi and Sassine herself. Bassam Alasad, co-founder of Greener Screen, will lead a workshop on sustainable filmmaking. 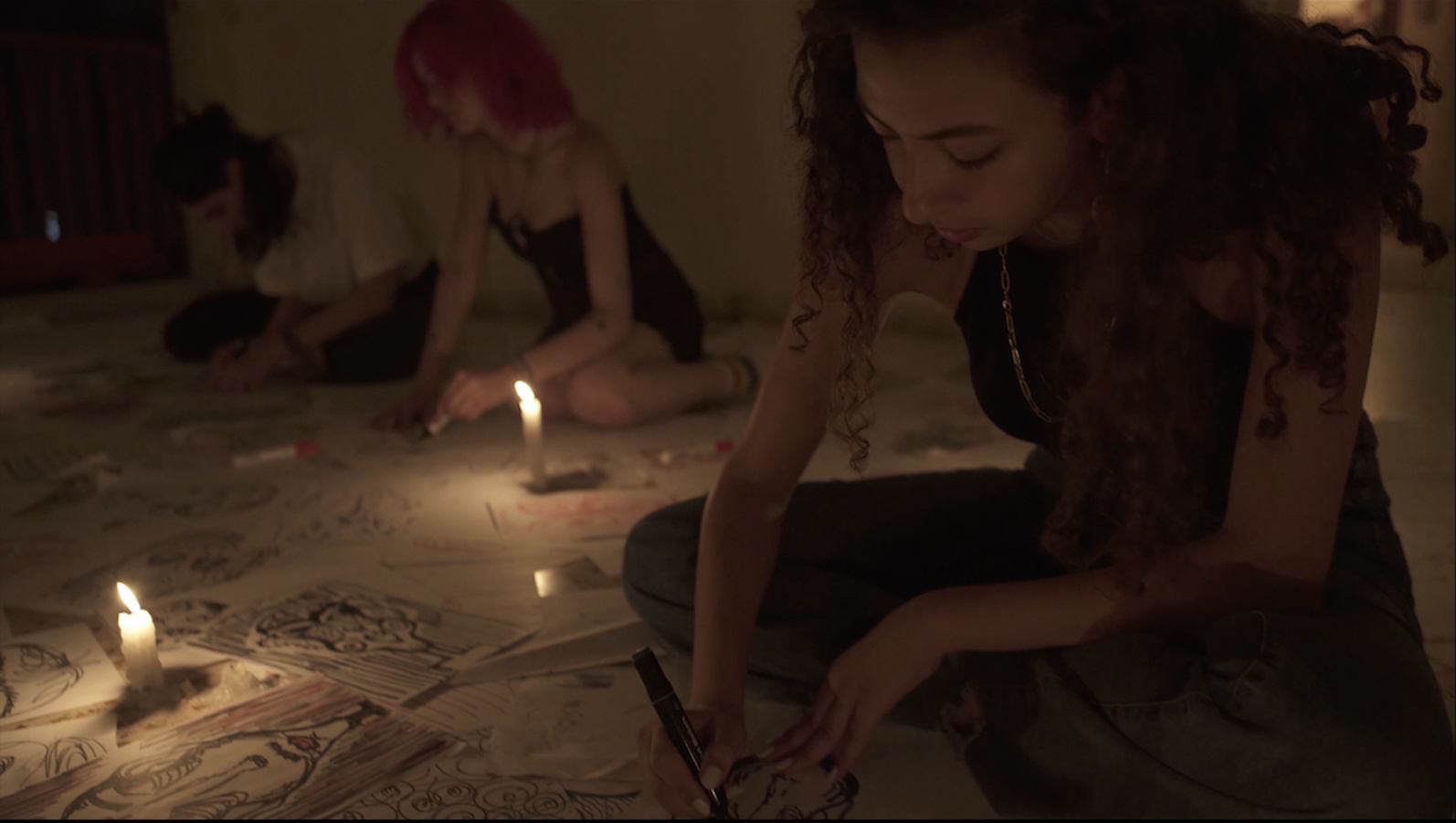 A still from Hugo Hochar’s short “Something’s Not Right,” competing in the Maskoon Fantastic Film Festival. (Courtesy of: Maskoon)

Maskoon has a competition dedicated to genre shorts from the MENA region. This year the festival promises 10 works — from Lebanon, Morocco, Tunis, Qatar and the United Arab Emirates — that reflect the current state through themes ranging from mental illness to social dystopia.

“It’s surprising and satisfying for us to see how this competition is evolving,” Sassine says. “When we launched Maskoon, there weren’t many genre films. Each year we receive more interesting submissions. This year we have fantasy films. We have sci-fi. We have suspense. We have horror. It’s quite diverse.

“We have two awards. One is for Maskoon’s Best Arab short. The winner will enter the selection for Fantaspoa, the International Fantastic Film Festival in Porto Alegre, Brazil. There’s also the prize for Best Lebanese Short, whose winner will screen his film at Cinemed Festival in Montpellier.”

Sassine is excited to find genre elements in the first and second films of the region’s younger filmmakers.

“Some are using genre codes to tell socio-political stories, which we haven’t seen in this region,” she says. “It’s giving birth to unique and distinctive films with a strong aesthetic style and at the same time are very critical of their society or government. 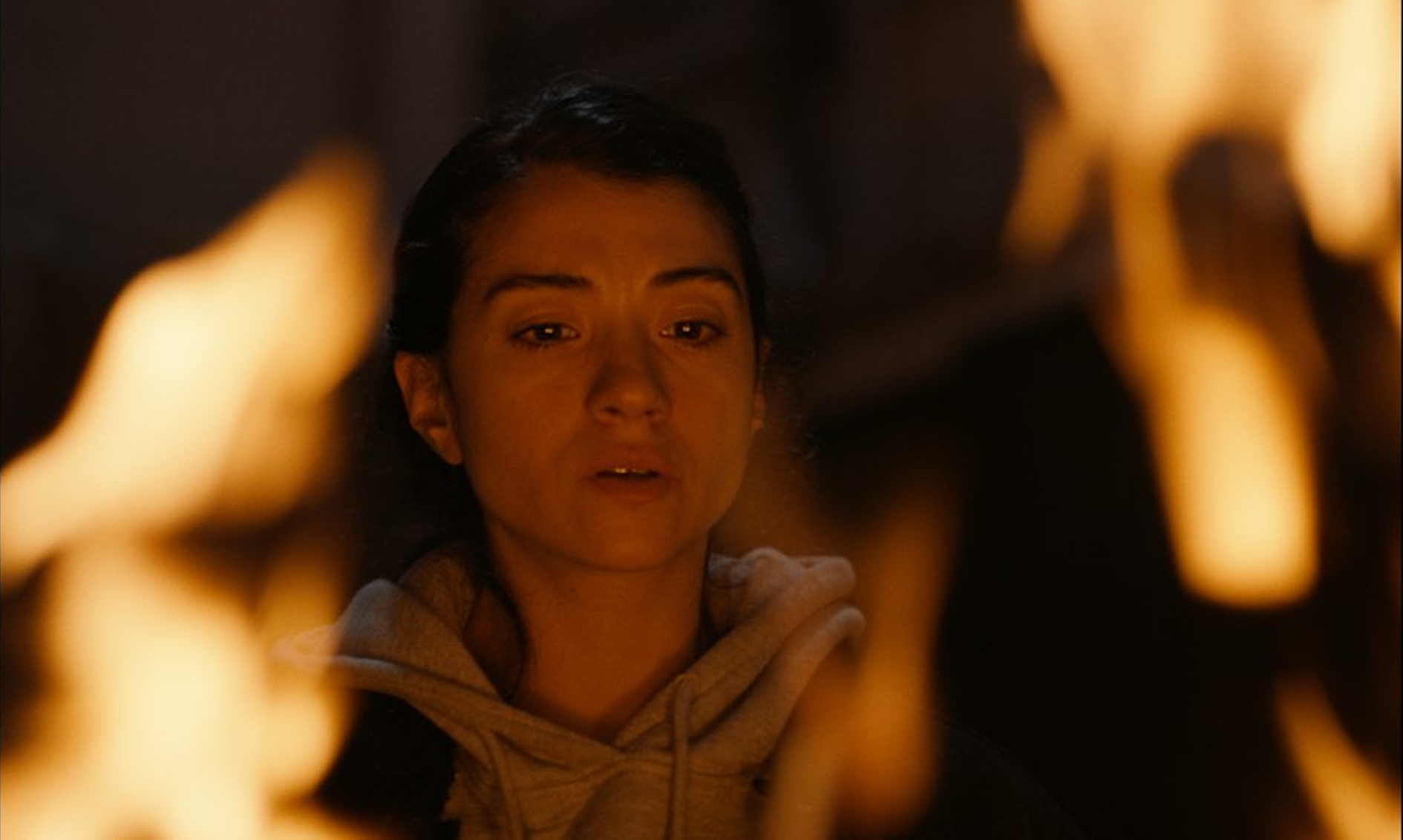 A still from the thriller “Ashkal,” by Tunisian writer-director Youssef Chebbi, screening in the Maskoon Fantastic Film Festival. (Courtesy of: Maskoon)

“Each year more distinctive filmmakers are following this path. Last year Youssef Chebbi co-wrote and directed the thriller Black Medusa. This year he’s back with Ashkal. A couple of years ago we showed [Abdelhamid Bouchnak’s] Dachra, the first horror film ever to come out of Tunisia, which was also a big commercial success there.

“Algeria’s Damien Ounouri’s Qindil al-Bahr, his debut fiction from 2016, was a thriller and this year he’s back with a unique historical film, The Last Queen, whose lead just won the Best Actress prize at the Red Sea festival. An auteur film on a historical subject is rare in the Arab world.

By using widely familiar genre codes, Sassine believes, regional filmmakers are able to tell unfamiliar stories from different places that can appeal to an international audience.

“Genre is contributing dynamism and energy to Arab cinema,” Sassine says. “These films are premiering in big festivals. They’re being sold to Netflix or other platforms and reaching a wider audience. They are easily watchable by a wide audience, and are at the same time unique pieces of art.”

BEIRUT — In the press release for the Maskoon Fantastic Film Festival, festival co-director Myriam Sassine notes that the event’s sixth edition is being staged “at a time when Lebanon is still sinking into a nightmarish dystopia.”Could there be a better time for a festival dedicated to genre film?“We didn’t raise a lot of money for this edition,” the Lebanese film producer tells...