Amid economic crisis, long-forgotten artistries come back to life in Lebanon

Small trades that were on the verge of extinction in recent years are re-emerging. The historic district of Burj Hammoud, a craftsmanship hub, is an example of the survival of artistry in Lebanon. 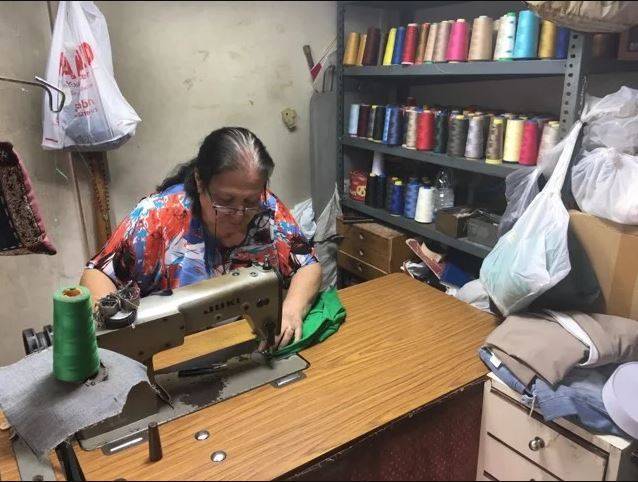 It is midday in this popular neighborhood on the outskirts of Beirut, a stone's throw from the trendy streets of Mar Mikhael.

Unlike the once-lively shopping areas of Hamra and the city center, which is now almost deserted, the dilapidated alleys of Burj Hammoud, lined with hastily built buildings and old factories, show a continuous flow of passers-by.

Onlookers are present in shops, stalls, and craftsmen's workshops, often run by Lebanese-Armenians.

Hit by the serious economic crisis that has been raging since 2019, Lebanese people are increasingly resorting to the know-how of local artisans, thus revitalizing activities that were thought to have disappeared a few years ago.

This is evident in Burj Hammoud, as in other neighborhoods known for their small businesses.

'I work non-stop, but the debts accumulate'

Instead of buying new products, a large part of Lebanon's population — 80 percent of whom now live below the poverty line, according to World Bank figures — is opting to hang out used objects and clothes.

“More people are mending their bags and shoes than ever before,” Vatché, an elderly cobbler told L’Orient-Le Jour in a discreet shop equipped with a simple manual machine from another age.

“I'm keeping 'popular' prices that are still affordable. My trade was on the verge of disappearing. But with the decline of local shoe production, traders import from China and Turkey, and their prices are often too high for customers,” he said. 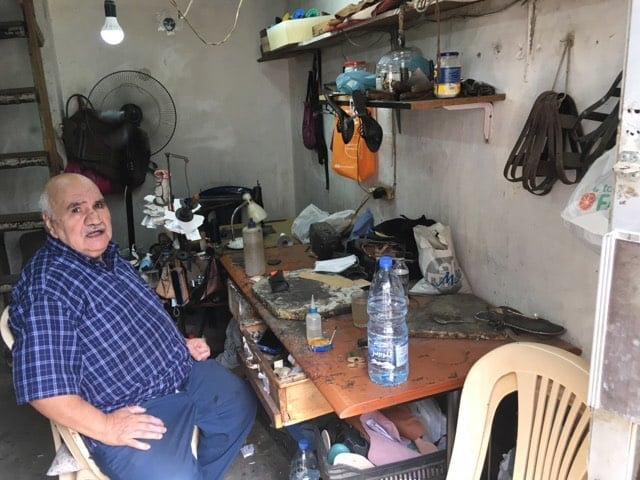 At the entrance to Burj Hammoud, Nora, a well-known local seamstress, runs a small sewing workshop. Between her four faded walls, piles of bagged clothes wait to be altered or repaired.

“I have more requests than before the crisis, sometimes to repair underwear! Look at how worn out this garment is, it's a lawyer who dropped it off,” she said.

“I don't dare raise my prices. If people come to me, it is because they do not have money to buy clothes. I feel sorry for them, sometimes I work for free,” Nora said.

She adds, “In any case, I am not making profits because the [prices of] needles, thread, and generator subscriptions have increased and are eating into my meager profits. I work non-stop and still the debts accumulate.”

“Before the crisis, I had less work, but I made more money. Today, nobody is happy,” she added.

Across from Nora's workshop, Pierre, a carpenter in his fifties, told L'Orient-Le Jour that the demand for furniture restoration has increased because of the economic crisis, but also due to the 2020 Beirut port explosion, which rank out a few blocks away from his workshop.

“People don't buy new furniture because they don't have the budget. Instead, they prefer to repair,” he said.

A second life for items

“With the onset of the crisis, I started to buy end-of-series or very little used clothes to resell them in my store. Even with that, people are reluctant to come, because the price of transportation is high,” he told L’Orient-Le Jour.

On a less busy street in Burj Hammoud, Ibrahim, a shop employee, explains: “In our shop, the prices of clothes and shoes have remained the same as before the crisis—ranging between LL5000 and LL10,000. That way, people continue to buy.” 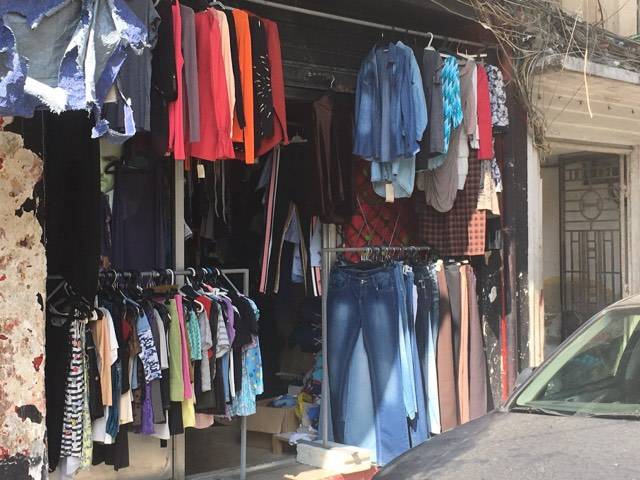 A new, well-stocked second-hand shoe business seems to be a big hit.

“We buy stock in good condition from abroad,” said the shop owner.

“There's a lot of demand, to tell you the truth. Before opening here, just a week ago, we worked in Nabaa, Sabra and Dora [other popular neighborhoods in the capital and its nearby suburbs],” he says.

“People are living in a difficult situation. Instead of buying a pair of poor-quality new shoes for $20, they come here and leave with leather shoes, sometimes branded, for only LL200,000 (roughly $5 on the black market),” the shop owner said, adding “I am delighted that customers can find what they want.”

On the outskirts of Burj Hammoud, trucks park along the sidewalk of Armenia Street, loaded with firewood logs.

In a country where the price of diesel for stoves and generators has become unaffordable for most, some people are returning to the old habits of wood fires.

The mankal, a traditional wood-burning stove, is making a comeback in Lebanese homes, not only for warmth but for cooking as well.

It is midday in this popular neighborhood on the outskirts of Beirut, a stone's throw from the trendy streets of Mar Mikhael.Unlike the once-lively shopping areas of Hamra and the city center, which is now almost deserted, the dilapidated alleys of Burj Hammoud, lined with hastily built buildings and old factories, show a continuous flow of passers-by.Onlookers are present in shops, stalls, and...