Almost simultaneously, Tehran and Damascus commented on Lebanon’s domestic situation and reaffirmed their support for Hezbollah. 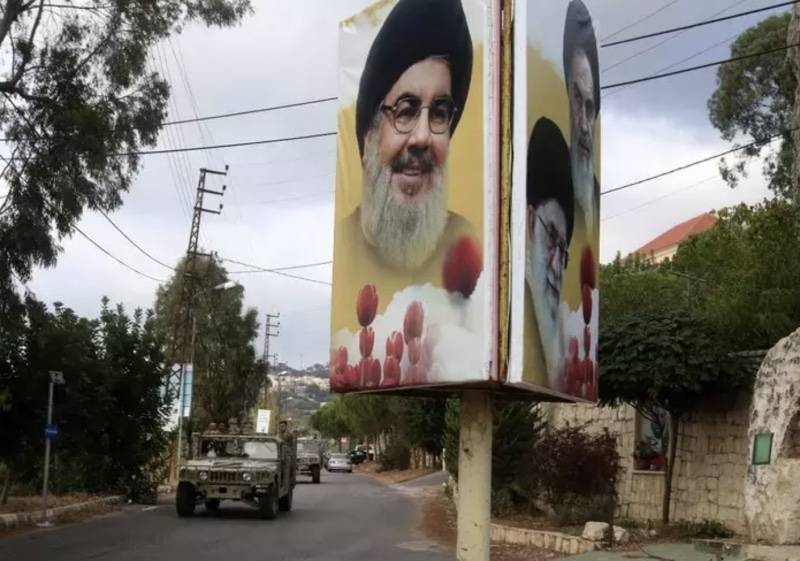 Lebanon is an arena for geopolitical confrontation. This is the message Iran’s Supreme Leader Ali Khamenei wanted to convey in his most recent speech, delivered on Saturday.

“The policy of the Islamic Republic in Syria, Iraq and Lebanon is to defeat American influence,” he said in a speech addressing the Basij, a volunteer militia in his country’s Islamic Revolutionary Guard Corps.

Despite being shaken at home by a monthslong protest movement, the Islamic Republic does not appear to have any intention of impairing its influence in the region.

Lebanon has been trying in vain since October to elect its 14th president, and the words of the Iranian dignitary sound like an affirmation of Tehran’s desire to influence the electoral process in the face of Arab and Western countries.

Through Hezbollah, the militia it founded and continues to finance, Iran has the means to influence Lebanon’s presidential election. The fact that it is now cornered on its domestic scene could encourage it to harden its tone abroad, especially in Lebanon.

The supreme leader’s statement came just after Iran announced it was producing enriched uranium at 60 percent purity at its underground Fordo nuclear plant, a development that brings it closer to a nuclear weapon. Meanwhile, negotiations to resuscitate a nuclear deal with Western countries have been at a standstill for months.

At the same time, Western leaders have increased statements in support of Iranian protesters, who took to the streets following the death in police custody of Mahsa Amini, who had been arrested by morality police in September for violating modest attire laws.

The regime, for its part, is handling the protests as a plot conducted from abroad, particularly by the United States.

“The problem is not about four rioters in the street, even if each rioter, each terrorist must be punished …. The battlefield is much larger. The main enemy is global arrogance,” Khamenei said in a reference to the US and its allies.

As a sign of Iran's hardened tone, Hezbollah recently changed its position on the presidential election. The Shiite party, which had previously limited itself to calling for the election of a consensus president, has changed its tone in recent weeks.

“We want a president who will not betray the resistance or plot against it,” said the Iran-aligned party’s Secretary-General Hassan Nasrallah on Nov. 11.

During a ceremony in southern Lebanon, Nabil Kaouk, a member of Hezbollah’s central council, said Sunday that the parties and MPs who want the election of a president who would be “defiant” against the resistance “have failed,” and warned that such a project could cause “sedition.”

While the Iran-aligned party has not yet succeeded in uniting the March 8 camp behind a single candidate (Marada leader Sleiman Frangieh appears to be its preference), it spares no effort to prevent the opposing camp from electing a president who would be hostile to the party, like Michel Moawad, who is supported by a large part of the opposition.

Hezbollah has even raised this issue with the spokesman of Maronite Patriarch Bechara al-Rai. It thus follows in the footsteps of Iranian Ambassador to Lebanon Mojtaba Amani, who visited the head of the Maronite church two weeks earlier. Is the Iranian camp thus going on the offensive on the subject?

“Khamenei’s remarks focus on Tehran’s general strategy in the Levant. As far as the Lebanese presidential issue is concerned, Iran gives Hezbollah a fairly comfortable margin of maneuver,” said Joe Macaron, a research analyst specializing in the Middle East.

Nicholas Blanford, an expert on Hezbollah at the Atlantic Council, agreed. “The Iranian supreme leader’s speech is above all a message to the Basij, reminding them that Iran is still capable of having an influence in the region against the United States,” he said.

Alongside Khamenei’s statements, Syrian President Bashar al-Assad also spoke about Lebanon on Friday. In a closed-door meeting with “scholars and journalists,” he expressed “fear for Lebanon and its future,” describing the country as “Syria’s main flank.”

“We have supported and we will continue to support Hezbollah, as it is a strategic ally for us,” added Assad, according to the Syrian press.

These statements come at a time when the candidacy of Frangieh, a close associate of the ruling family in Syria, is one of the most serious in the race for Baabda.

“Bashar al-Assad would like Sleiman Frangieh to be the next president in Lebanon,” Macaron said. “However, he is aware that he currently has no say in Lebanon,” he added.

The Marada leader thus appears to be the favorite candidate of the Amal-Hezbollah tandem, and may be able, at the same time, to attract to his camp other groups(such as the Progressive Socialist Party, which for the time being is committed to Moawad) and MPs (especially in the ranks of the Sunni MPs).

At the local level, the main obstacle to the Marada leader’s election is the absence of one of the main Christian parties to confer his legitimacy for the post. The two major Christian parliamentary blocs (the Lebanese Forces (LF) and Hezbollah’s ally the Free Patriotic Movement (FPM) both oppose Frangieh being elected president.

LF leader Samir Geagea said on Saturday that his party has “no problem with any bloc or person” working to “save” Lebanon.

“We are facing a strong bloc of non-sovereigntists who do not want to restore the Lebanese statesmanship,” the LF leader said, in reference to the pro-Hezbollah March 8 camp.

In a bid to pave the way for a compromise to emerge (preferably around Frangieh). Parliament Speaker Nabih Berri intends to initiate a dialogue with the various parties.

“Speaker Berri is still concerned about national cohesion and intends to organize round tables soon, probably after the holidays,” a source close to Ain al-Tineh said.

If the date and format of these meetings have yet to be clear, it is because Berri’s initiative has been strongly criticized, especially by the camp of FPM founder and former President Michel Aoun, Berri’s main rival, who accused the latter of going beyond his prerogatives by initiating a nationwide dialogue.

The opposition believes that the election of a president in Lebanon should be the result of a democratic competition and not that of a compromise cooked up between the various players.

Lebanon is an arena for geopolitical confrontation. This is the message Iran’s Supreme Leader Ali Khamenei wanted to convey in his most recent speech, delivered on Saturday. “The policy of the Islamic Republic in Syria, Iraq and Lebanon is to defeat American influence,” he said in a speech addressing the Basij, a volunteer militia in his country’s Islamic Revolutionary Guard Corps....