The sounds of home: A conversation with Beirut indie rocker Julia Sabra of Postcards 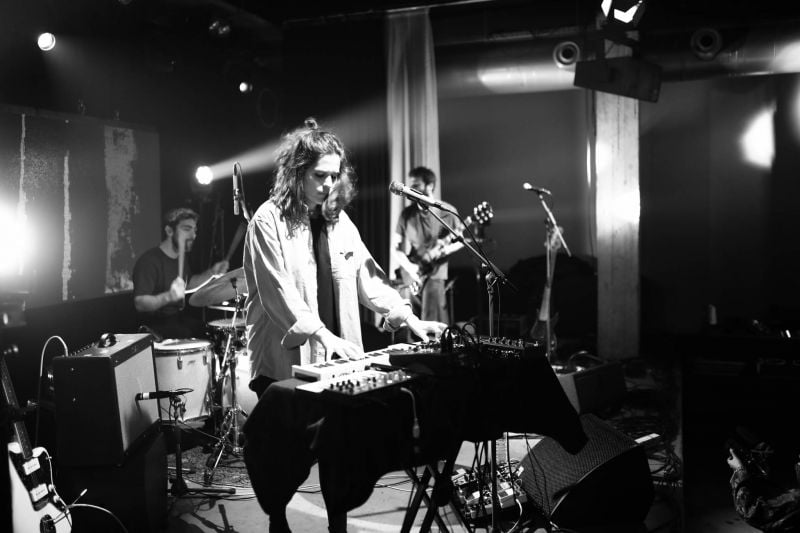 “Where do you go when home defeats you?” asks lead singer Julia Sabra on Lebanese rock band Postcards’ latest album, In Parenthesis Vol. 1.

If their stormy album released last fall, After the fire, before the end, declared that “home is so sad,” in the band’s latest work that rage-tinted sadness has transitioned into a sense of defeat.

Written over the course of 12 days spent in an old stone house in Jbeil this past January, Postcards’ second album in just a year is the trio’s most pessimistic reflection on their homeland yet.

The album is the work of Postcards’ three members — Sabra, Marwan Tohme, and Pascal Semerdjian — along with guest features by Sary Moussa, Charbel Haber (of The Bunny Tylers and Scrambled Eggs), and Serge Yared (of The Incompetents). It was produced by Lebanese alternative scene mainstay Fadi Tabbal of Tunefork Studios and mastered by producer Ziad Moukarzel of the Beirut Synthesizer Center.

“We’re still in this deep hole and it keeps getting worse and worse. I feel like it’s a natural progression of how we felt living in Lebanon the last six years,” says Sabra, speaking with L’Orient Today in a quiet bar near her home in Mar Mikhael.

More than two years ago, on Aug. 4, 2020, the seaside neighborhood was hit hard in the port explosion. The devastating blast, which Sabra referred to as a sort of “apocalypse,” has been much on her mind the last two years. Her home in the neighborhood was destroyed during the explosion and her partner and bandmate Samerdjian badly injured.

The blast and its aftermath has made its presence felt in Sabra’s subsequent work.

“I wouldn’t say that it’s an artistic interest. I don’t have any other choice, that’s all that comes out,” she says. “It’s obviously something we’re still processing and everything else that we’re feeling, it comes like as a consequence. So, it’s not by choice, I think it’s just instinct.” 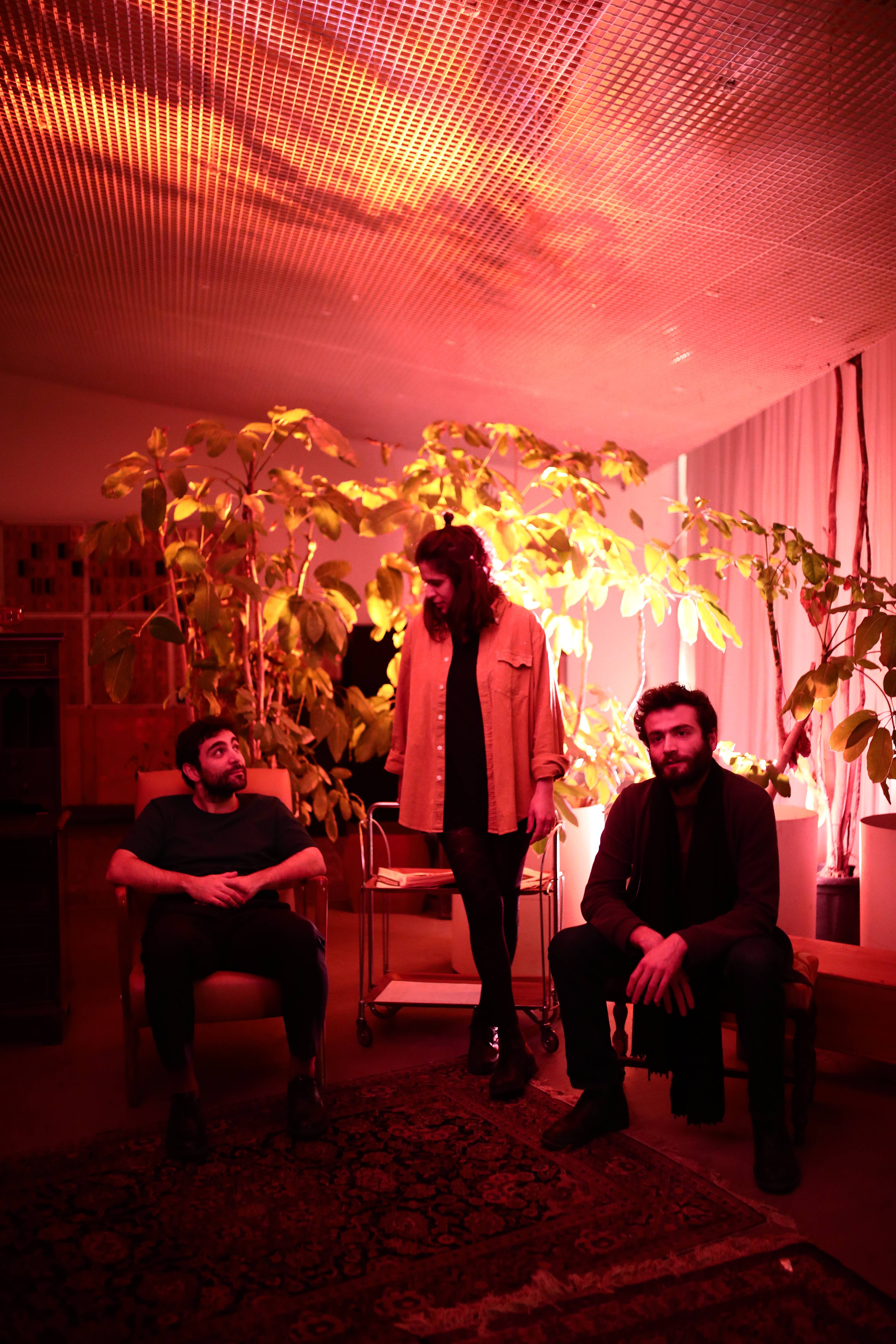 In the year before the blast, and the two after it, Lebanon has been languishing in an unprecedented economic crisis that has hit all corners of society, including everything from medicine imports to gas stations and power supply, all while rendering millions of people’s bank savings and salaries essentially worthless.

The country’s collapse has seeped its way into all of the band’s recent work. On their 2018 album I’ll be here in the morning, a “darkness we can’t see” lies beneath the sea. Yet, in the same song, Sabra sings, her voice fading into a near whisper, “They say nothing fits our bodies better than the sea / Nothing better than the sea.”

In another track, Sabra scans the horizon for an angel of death. “I can see us both / Toppling off the highway / Into the sea.” Her house crumbles as unnamed armed men enter, and Sabra finally sees the angel.

Death and the sea

“I grew up in Ras Beirut, so the sea was always close,” Sabra says. There, at the tip of a peninsula jutting out into the Mediterranean, the sea “was more like an escape or something hopeful. There’s more beyond what we see here.”

But post-explosion, mid-collapse, the sea has taken on a new meaning. 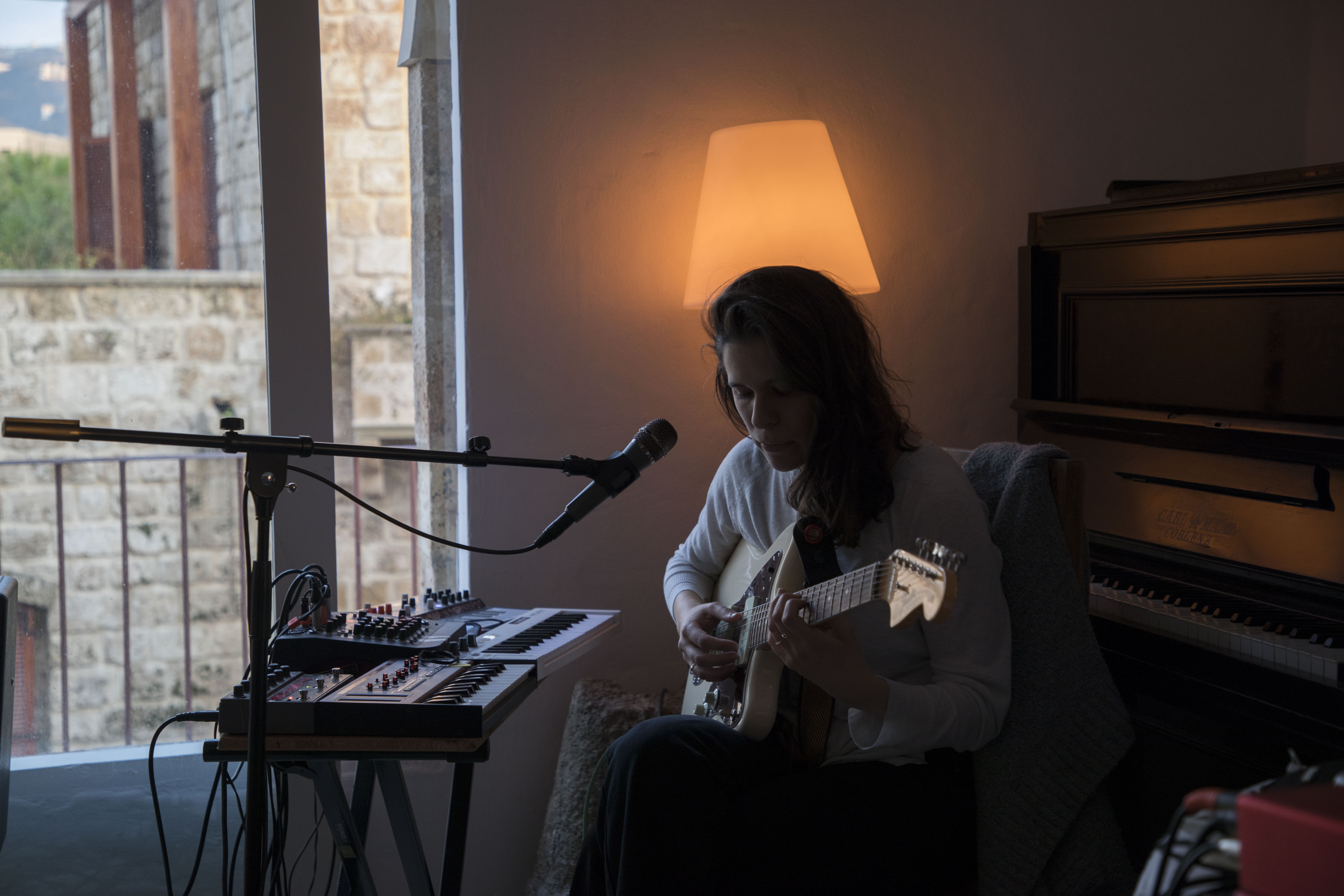 Julia Sabra during Postcard's residency program with Beirut and Beyond. (Credit: Camille Cabbabe)

Earlier this year, the band decamped to Jbeil, further north along the coast. January’s winter storms riled their stay in the seaside city, which they had been granted through a residency program with Beirut and Beyond, a group that aims to support the independent music scene.

“There were really intense storms … and that kind of fit with the state of mind that we were in, so the sea came back in this other form, where it was more menacing and threatening.”

Jbeil’s famed stone ruins and Bronze Age necropolis dating back thousands of years can make death feel like a heavy presence — not that it is terribly far from the minds of those who had survived the port explosion.

“I was thinking about the finality of things and how we were now ending up as ruins even though our time isn’t over yet,” Sabra says. “You see how every day could just get worse and stop functioning. There’s a new awareness that comes and a new sense of responsibility, definitely aging us in that sense.”

Postcards is one of Lebanon’s most productive rock bands, having produced four albums in as many years. Sabra also has a separate album coming out on Friday, in collaboration with longtime Postcards producer Fadi Tabbal, who has produced, recorded and mentored countless acts over the last two decades. The album, more synth-based and ambient than Postcards’ music, is a meditation on “what it means to feel at home” in a place with “no rebirth, no renewal.” 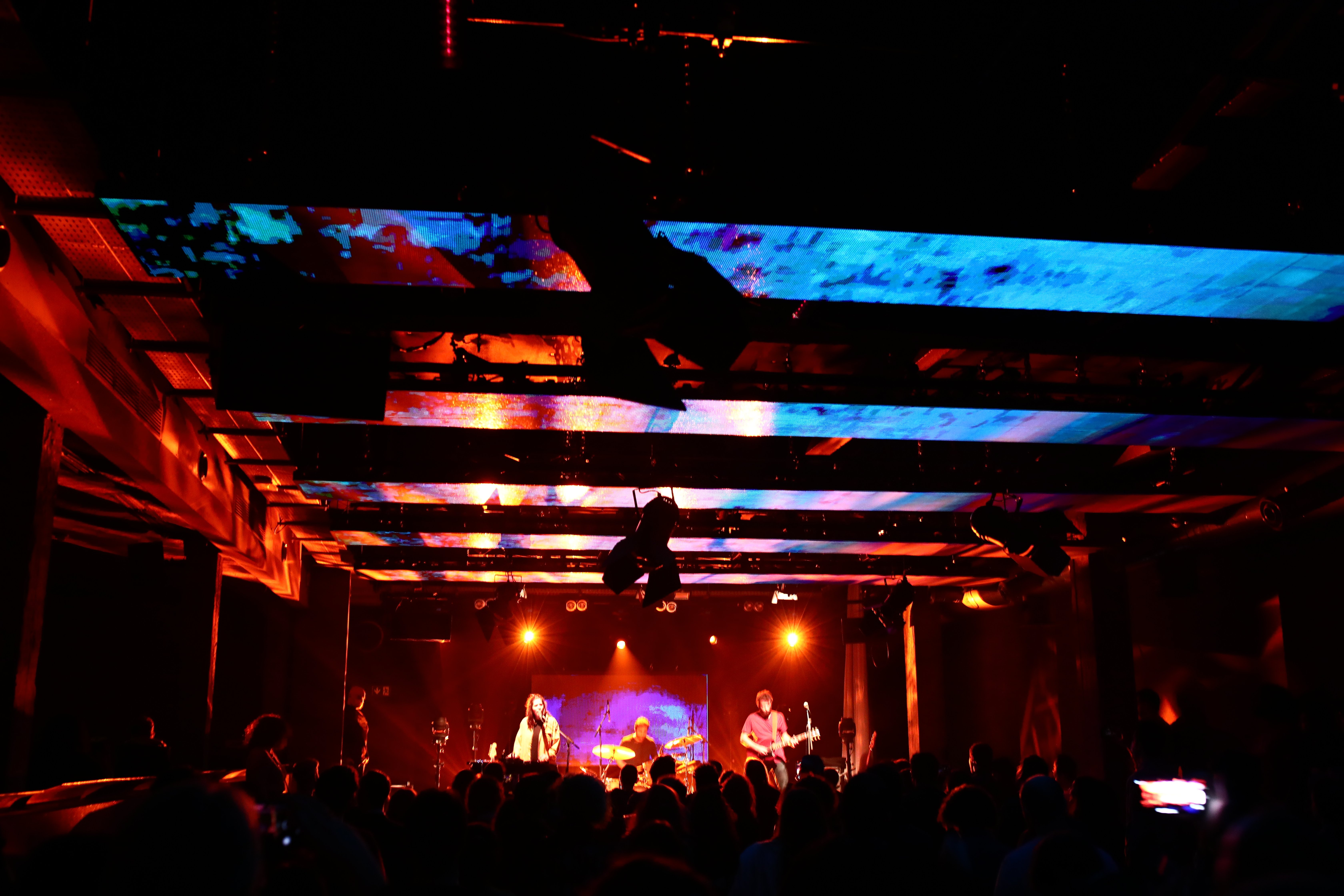 Postcards during a performance in Lebanon. The band has released four albums, with its most recent album In Parenthesis Vol.1, released in March 2022. (Credit: Tamara Saade)

Sabra’s relationship with Tabbal stretches back to the early 2010s. At the time, Postcards was starting out as a folk band in Beirut’s pub circuit.

According to Sabra, Tabbal is “the force behind our progression, to the point where now he’s … almost like a fourth member.” She says the collaboration on a solo album has been a dream of theirs for years, and finally got underway after she and Tabbal were commissioned for a drone-style music performance by a local record label. Sabra describes the project as “very violent, both musically and lyrically.”

For now, Sabra is already at work on new songs for Postcards’ next release. She says the new music is still shaped by Lebanon’s seemingly endless stasis.

And yet, “It’s also looking for relief, looking for love and peace,” Sabra says. “It’s not more optimistic, it’s just a bit more trying to hold on to something.”

“Where do you go when home defeats you?” asks lead singer Julia Sabra on Lebanese rock band Postcards’ latest album, In Parenthesis Vol. 1.If their stormy album released last fall, After the fire, before the end, declared that “home is so sad,” in the band’s latest work that rage-tinted sadness has transitioned into a sense of defeat. Written over the course of 12 days spent in an...