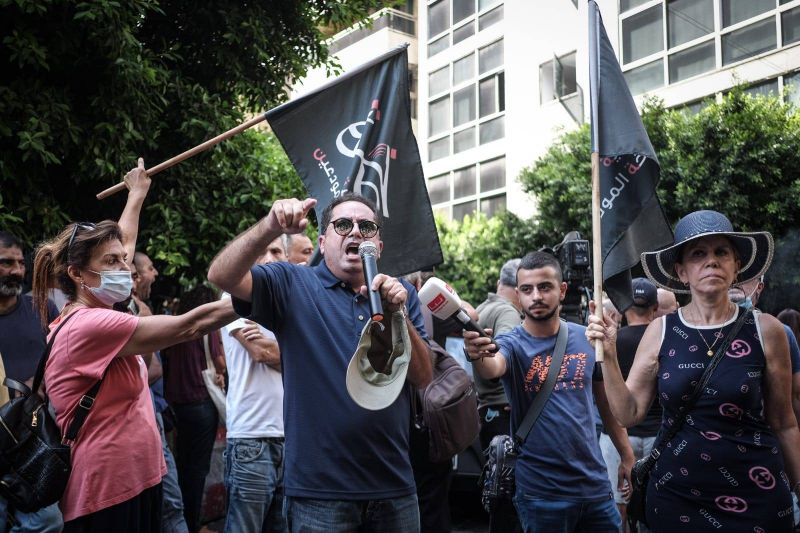 Protesters with the "Cry of the Depositors" group protest outside the Federal Bank, Thursday. (Credit: João Sousa/L'Orient Today)

BEIRUT — The frustrations of many Lebanese depositors with the banking system that has held their savings in a vice grip since the beginning of the country's financial crisis played out in a dramatic fashion Thursday, when a disgruntled depositor unable to withdraw funds to pay for his father's medical bills held bank employees and customers hostage for six hours.

The standoff at the Federal Bank in Hamra ended with the hostage taker emerging from the bank in the custody of security forces, as a sizeable crowd gathered outside in support of what many regarded as a Robin Hood figure.

Dina Abou Zour, an attorney and spokesperson for the Depositors Union, which had been in contact with the gunman's family and called for depositors to protest outside the bank in solidarity, told L’Orient Today that the man had left in police custody after being promised that he would receive $30,000 of his money that was deposited with the bank.

Roy Madkour, an attorney for the bank, would not confirm the amount agreed upon. He described the negotiations as "difficult" and added that bank officials have not determined whether to press charges against the depositor but that the board will convene to decide on the matter. The bank's attorney said that no one was injured in the incident.

An Internal Security Forces source confirmed that the man, who he and Abou Zour identified as Bassam al-Sheikh Hussein, had surrendered to the security forces after reaching an agreement that the bank would pay him a sum of money, which he said he believed to be between $30,000 and $35,000.

According to the Depositors Union, Hussein's father is in the hospital and needs $50,000 for treatment, while Hussein has $210,000 in savings stuck in the bank that he is unable to access. Relatives of Hussein could not be reached for comment.

The association is “generally against people taking what they’re owed with their own hands,” Abou Zour said, but argued that nevertheless, “it is a legal matter that every depositor can resort to in light of inaction from some judicial bodies.” The union also declared its “readiness to defend any depositor who exercises his legal right to collect his entitlements, without endangering the safety of others."

Abou Zour added that Hussein had signed circular 158, whereby he was able to withdraw a monthly allowance of $400, in fresh US dollars and $400 at the rate of the central bank’s Sayrafa rate. However, he had been denied these payments for the past two months for no clear reason, according to Abou Zour.

In addition to the medical needs of his father, Hussein's son also needs medical care, which he has not been able to cover since his money is trapped at the bank, and he has loan payments to settle, Abou Zour said. 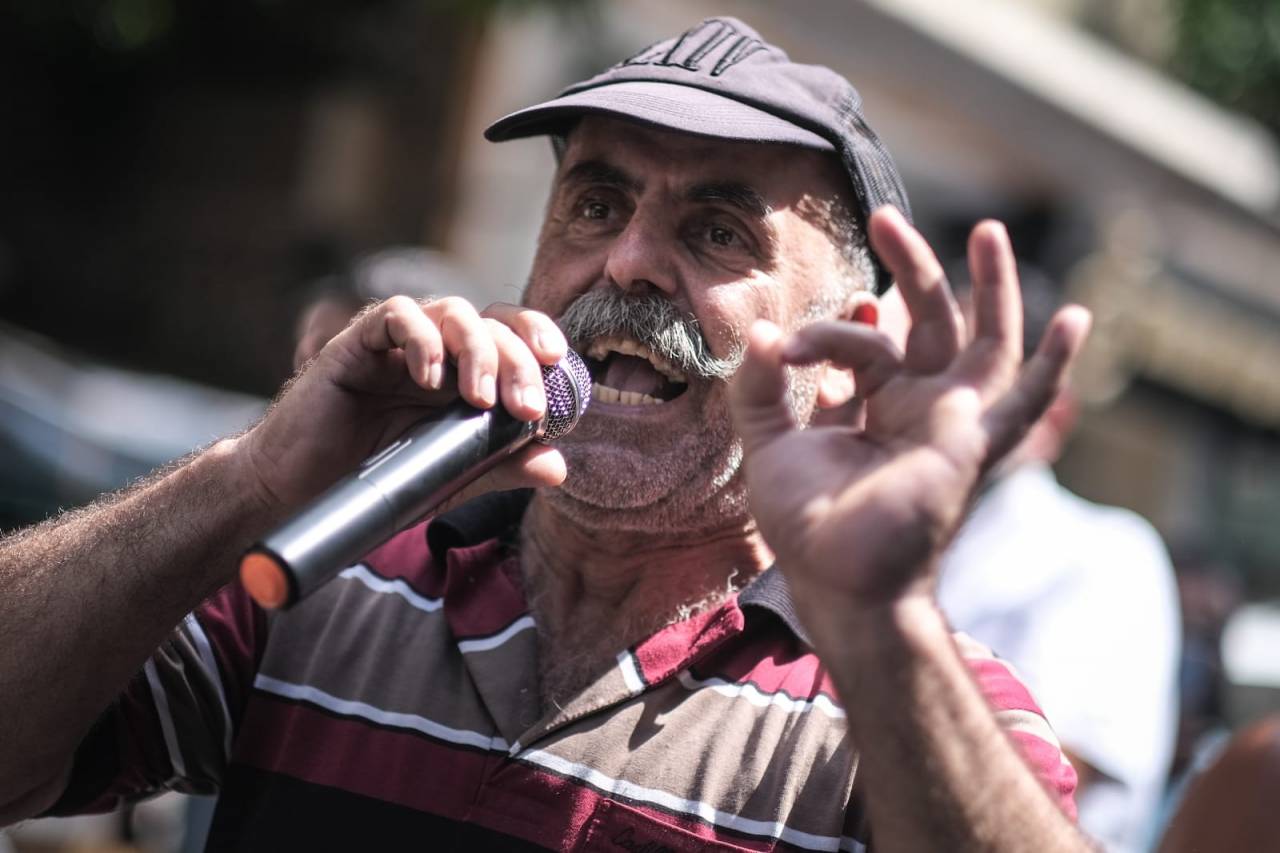 Protesters outside of the Federal Bank gathered after a an armed depositor entered the bank early afternoon Thursday demanding access to his funds. (Credit: João Sousa/L'Orient Today)

Abou Zour also added that the association will deal with the situation the same way it dealt with the case of bank depositor Abdullah al-Saai, who took hostages in a bank in the Bekaa last January in an attempt to retrieve his savings. Al-Saai was arrested at the time and later released with the help of the union.

Three of the Lebanese Swiss Bank’s employees were injured last year when angry depositors from a local NGO stormed its headquarters in Beirut’s Hamra neighborhood to demand money transfers.

In Thursday's standoff in Hamra, the gunman initially refused to negotiate with the security officials, but he eventually released one citizen hostage, who has a sensitive medical condition, according to  local TV station Al Jadeed. The Red Cross tended to the man, who appeared to be in his 50s. An army spokesperson told L'Orient Today that the suspect had sprayed gasoline throughout the bank. 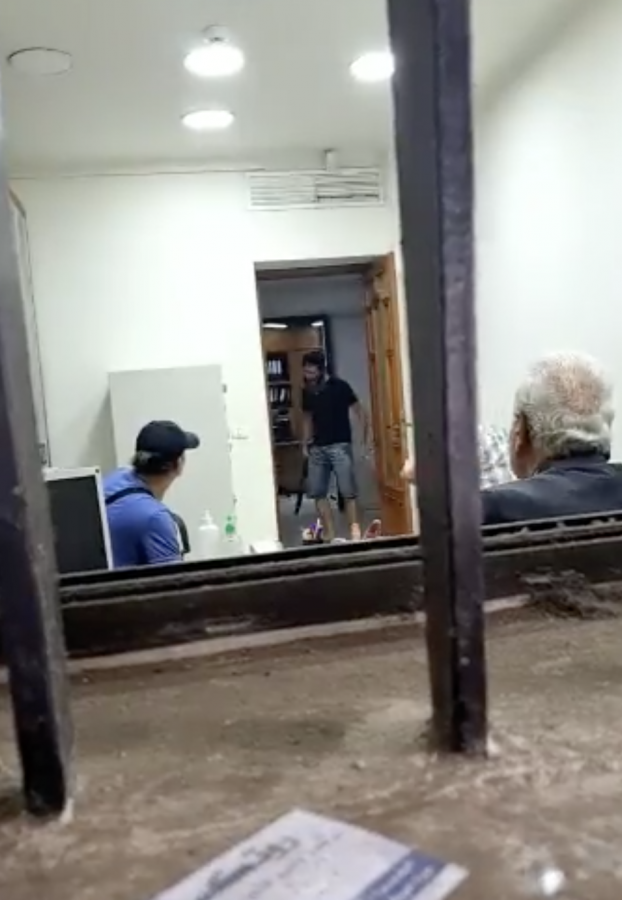 A screenshot from a video leaked of a man with a shotgun at the Federal Bank, screaming for employees to give him his funds. (Screenshot from video circulating on social media)

Riot police and security forces deployed to the scene as depositors who had gathered outside the bank chanted, "Riad Salameh, any drop of blood that falls inside is on you," referring to the embattled central bank governor.

"You're protecting criminals," one man told security forces. "I wish you would protect me and my money."

Castro Abdallah, speaking on behalf of the National Federation of Workers' and Employees' Trade Unions (FENASOL) told L'Orient Today that the federation is “standing in solidarity with what the depositor is doing,” adding that the man’s “actions were forced on him … due to the politics of the banks and the Association of Lebanese Banks that got us to this point.” 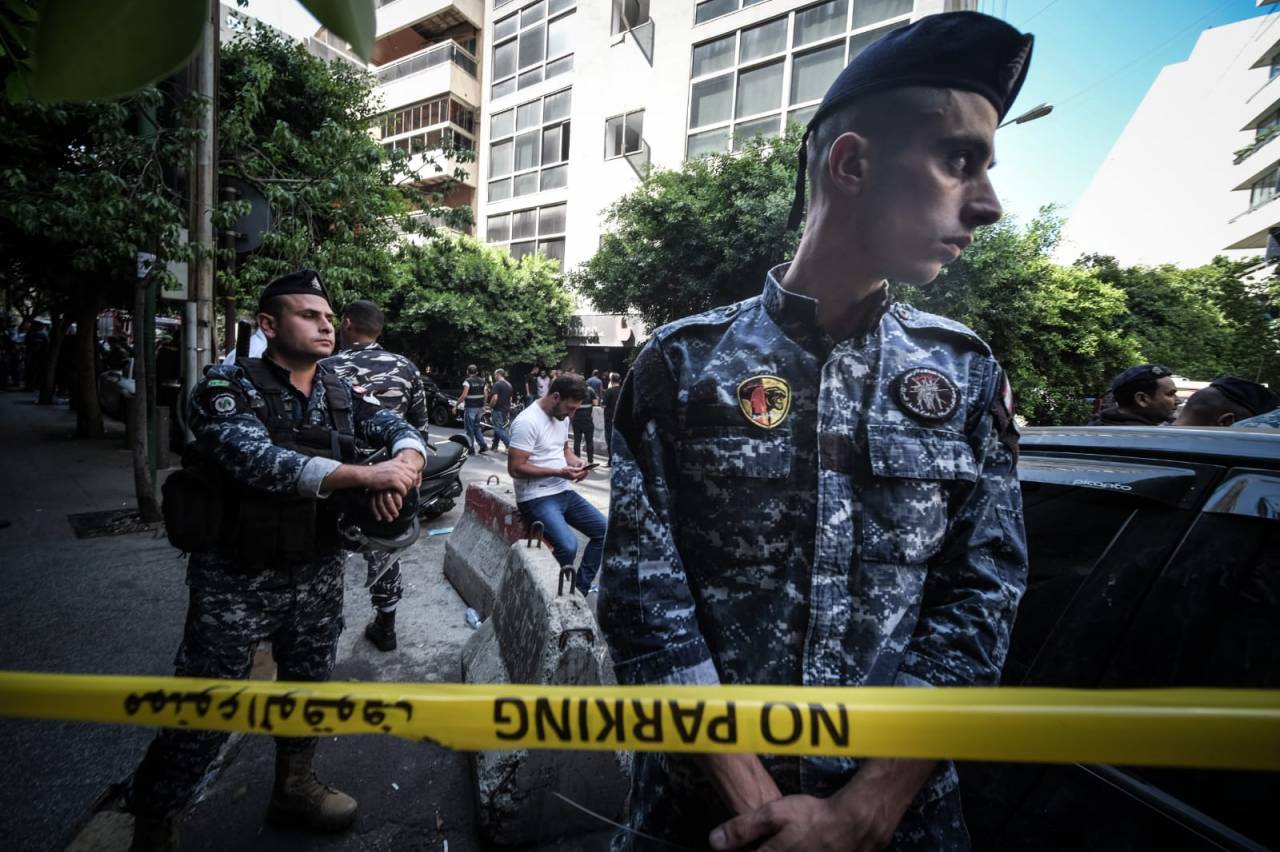 Security forces bar off areas near the Federal Bank after an armed suspect took over the bank demanding for the return of his deposits. (Credit: João Sousa/L'Orient Today)

Abdallah added that many workers and retirees who are part of the federation “have their savings trapped at banks,” warning banks and the Association of Lebanese Banks “from taking negative steps, otherwise we will escalate.”

Abdallah called on ABL and the banks “to give the people back their money and pensions,” describing the hostage situation at Federal Bank as an expected reaction to the “theft committed by banks,” and adding that “violence begets violence.” He also said that "Lebanon will face many similar incidents if the depositors' money is not returned. The government should take this as an opportunity to take steps to return the money of the citizens." 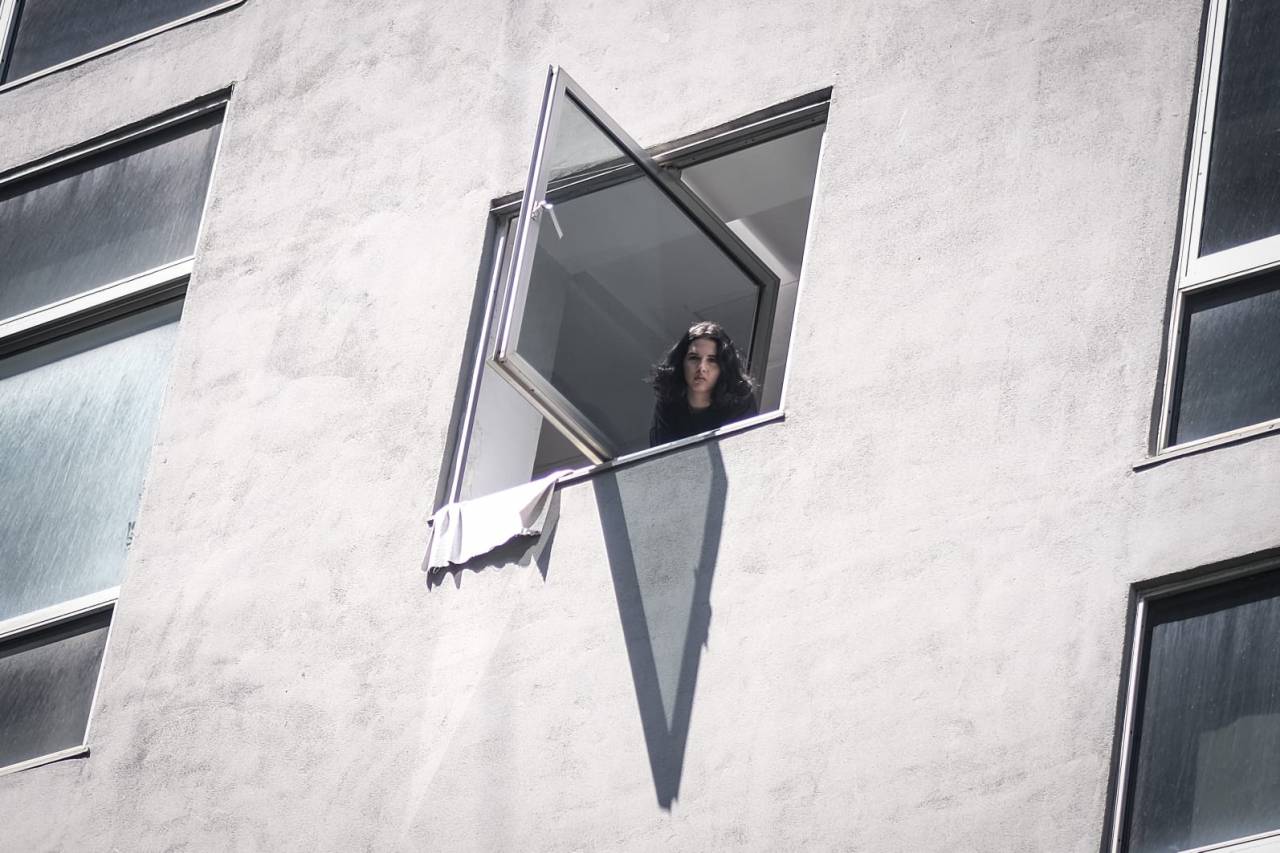 A person residing in an apartment of the Federal Bank building looks out at the scene of protesters and security forces as an armed suspect took over the bank demanding for the return of his deposits. (Credit: João Sousa/L'Orient Today)

On social media platforms, some expressed concern that the case would set off a string of copy-cat incidents that would ultimately harm depositors, but many reacted to the standoff with support for Hussein’s actions, despite the latter’s use of force.

“Forces of Change” MP Ibrahim Mneimneh (New opposition groups-Beirut II) took to Twitter and held the political system “responsible for the safety of all those in the bank, including the depositor Hussein." Mneimneh considered Hussein’s actions, despite “involv[ing] violence, a reaction to the system’s violence towards depositors, whether by seizing their deposits or by suppressing their movements through arrests or in the street with the aim of undermining their determination.”

Since the beginning of the economic crisis in Lebanon in 2019, capital controls have been informally imposed on depositors, who have been unable to access their funds or life’s savings. Passage of a formal capital control law, which is one of the requirements for Lebanon to receive assistance from the International Monetary Fund, meanwhile, has repeatedly stalled.

Correction: A previous version of this article referred to the Depositors Union as the Association of Depositors.

Correction: A previous version of this article said the depositor had taken advantage of BDL circular 152. The number of the circular is 158.

BEIRUT — The frustrations of many Lebanese depositors with the banking system that has held their savings in a vice grip since the beginning of the country's financial crisis played out in a dramatic fashion Thursday, when a disgruntled depositor unable to withdraw funds to pay for his father's medical bills held bank employees and customers hostage for six hours.The standoff at the Federal...

Over 700 protesters, including 60 women, arrested in Iran, police say