Another migrant boat sinks, Nasrallah speaks on Israel's bombardment, Ukrainian ship shifts gears: Everything you need to know to start your Monday

Here’s what happened over the weekend and what to expect today, Monday, Aug. 8 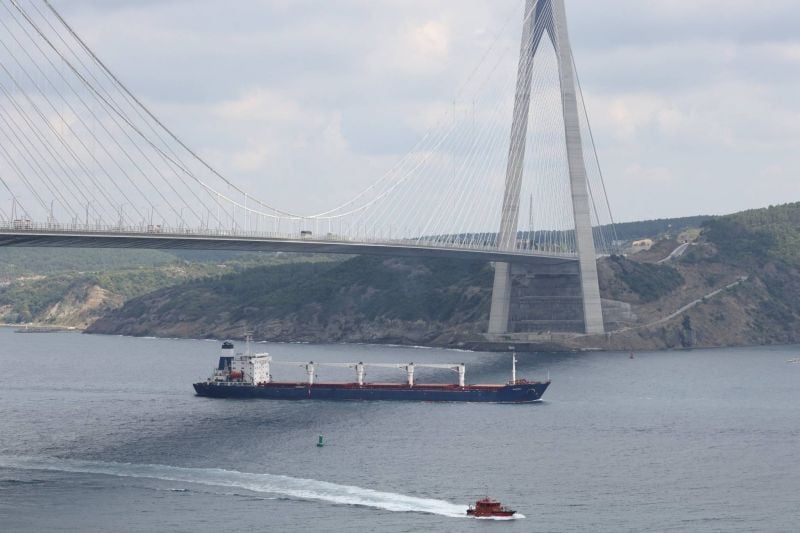 Hezbollah’s secretary-general on Saturday said he supports the Palestinian right to resist Israeli occupation, but refrained from pledging military support for Islamic Jihad. In his third televised address of the week as part of the 10 days of Ashura memorial, Nasrallah said that his armed group was following what was happening in Gaza, and that “the response of the [Palestinian] resistance must be supported morally, politically and by the media.” This stance is in diametric opposition to statements made by the Commander-in-Chief of the Islamic Revolutionary Guard Corps, Hossein Salami on Friday, who said “100,000 missiles are ready in Lebanon to create hell” in Israel. Iran’s IRGC is designated as a terrorist group by the United States. The news prompted the head of the Lebanese Forces, Samir Geagea, to tweet also on Friday that “Hezbollah’s missiles are directly linked to Iranian strategic interests.” So far 31 Palestinians including six children have died in the latest round of fighting in Gaza which started on Friday when Israeli strikes killed the leader of Islamic Jihad.

Around 75 Lebanese migrants were rescued Saturday after their boat sank off the coast of Turkey. Many of those aboard the vessel were from Tripoli and North Lebanon and were hoping to migrate to Europe on board the makeshift boat. While the boat was sinking, a European container vessel picked up its distress call. The boat had left Lebanese shores five days earlier. On the same day as the sinking, Lebanese intelligence services arrested four Lebanese for attempting to smuggle the rescued passengers. Such incidents are becoming more common in crisis-hit Lebanon. In April of this year, a boat loaded with 85 would-be migrants sank off the coast of Tripoli. It is estimated that 30 of those passengers are still missing at sea.

A ship bound for Tripoli, Lebanon from besieged Ukraine unexpectedly changed course over the weekend. The news was announced yesterday by Transport Minister Ali Hamieh. In a statement, he said that the Razoni, which was carrying cereal reportedly intended for use in animal feed, had shifted course and was awaiting instruction as to its new destination. The Ukrainian Embassy in Lebanon told AFP that the arrival of the ship was postponed, but did not specify the reason for it, saying it had “no other information.” The ship left the port of Odesa last Monday, after a Turkish-backed mediation between Russia and Ukraine intended to enable the besieged country to resume exports and alleviate global food shortages. The news comes after Lebanon’s top prosecutor cleared a Syrian ship to sail to its destination after it was initially seized at the port of Tripoli for carrying flour and barley that was allegedly stolen from Ukraine. The Ukrainian Embassy in Lebanon had asked for a probe to be reopened into the ship. It is not anticipated that the change in the Razoni’s course will directly impact food security in Lebanon; on Friday caretaker Economy Minister Amin Salam said that a bread crisis, which for weeks has been characterized by bread shortages, long lines at bakeries and intermittent protests and unrest, would end after a mechanism set up to monitor wheat entering and leaving the country was having its desired effect. He also assured that lines of credit were open to ensure the import of wheat and that the $150 million World Bank loan intended to help Lebanon finance wheat imports would be implemented within a month's time.

Parliament’s Budget and Finance Committee will hold a meeting this Thursday to discuss Lebanon’s long overdue draft budget; the parliamentary Women and Child Committee will meet on the same day to discuss the rights of children from Lebanese mothers and foreign fathers. The committee last met on Aug. 2 in the presence of Finance Minister Youssef Khalil and approved several articles, but has still not agreed on a final budget eight months into the calendar year. A budget is a crucial requirement for an IMF financial rescue deal. Separately, the Women and Child Committee will also meet to discuss a draft law that grants children of a Lebanese mother born to a foreign father civil and social rights. Under Lebanon’s current citizenship law, only men are allowed to pass on their citizenship to their children, while Lebanese women are not granted the same right.

In case you missed it, here’s our must-read story from over the weekend: “Why the Lebanese public debt’s market value is less than $10 billion.”

Want to get the Morning Brief by email? Click here to sign up.Hezbollah’s secretary-general on Saturday said he supports the Palestinian right to resist Israeli occupation, but refrained from pledging military support for Islamic Jihad. In his third televised address of the week as part of the 10 days of Ashura memorial, Nasrallah said that his armed group was following what was happening in...