Depositors’ lawsuits against banks: the cost of doing nothing 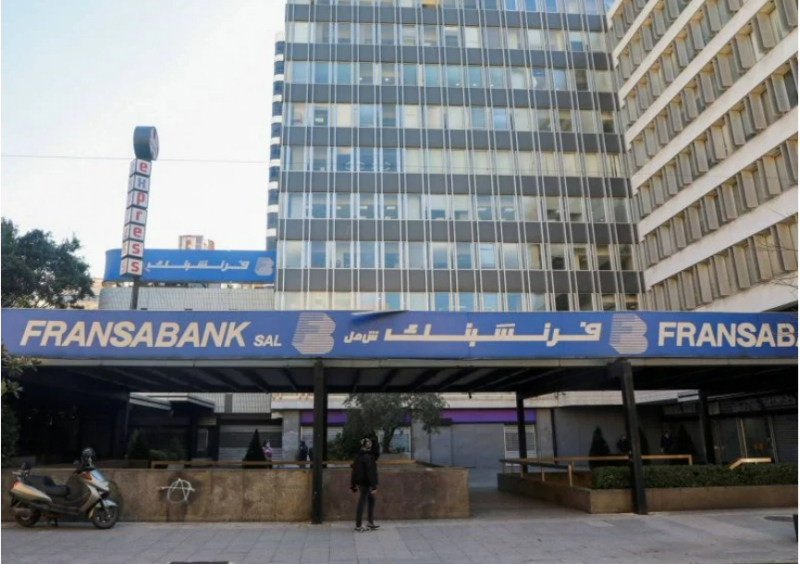 The past few weeks have been fraught with financial news stories, from the Vatche Manoukian complaint in UK courts against Bank Audi and SGBL to the Fransabank case, and the Association of Banks in Lebanon’s decision on March 18 to go on strike for two days.

The general public and key interested parties have expressed sharp and conflicting reactions to each of these stories. When it comes to the depositors, while some welcomed the first signs pointing to long-awaited justice, others saw the decision as a harbinger that “the worst is yet to come,” while some held the two contrasting opinions at the same time.

Almost everyone believes that the temple’s foundations are continuing to crumble, if not collapsing, and that the Lebanese are forced to live with it one way or another.

It is the good old Lebanese “resilience” that always opts for middle solutions. It is a reflex that is quite understandable in a country with a thousand unavoidable extremes.

The same applies to the bold initiatives, including that of the Union of Liberal Professions, which called last week for the enforcement of banking laws to reform the sector.

Again, there were those who opposed this call, including bankers and aggrieved customers, raising the slogan of standing in the face of “those who want to make the banks go bankrupt and cause us to lose our deposits,” as some have said.

No doubt these people are still totally captivated by the magic of Banque du Liban’s David Copperfield, who succeeded in convincing them that their deposits are still in its vault, or that they were handed back to their respective banks.

This is hardly surprising as the latter, which is familiar with the Lebanese adaptation syndrome more than anyone else, had laconically said in a press conference in November 2019 “that depositors will eventually get used to the lira devaluation” (and consequently to their loss of purchasing power).

Charles-Maurice de Talleyrand-Périgord used to say, “We can break the laws without them shouting.” This is exactly what the country’s various public authorities have been attempting to do for at least more than two years, either by act or omission.

The proof is that on Nov. 1, 2019, a large number of Lebanese banks de facto defaulted and ceased paying their dues (as defined by Law No. 2/67 on bankruptcy), or they were not in “a position that allows them to remain in operation,” in the best-case scenario (Law No. 110/91 on guardianship).

In both cases, the emergency responses stated in the above-mentioned laws in force should have been taken, in addition to fair and effective capital control.

But instead, the authorities have been deliberately reluctant to do so – starting with BDL and its governor who were supposed to refer the files of said banks to the special banking court, as per the aforementioned laws.

The court would have divested the banks’ directors and seized their assets as a precautionary measure, pending the result of the investigation that would have been initiated to determine their responsibilities, if any.

It would have also appointed an interim board – including representatives of creditors and depositors – to ensure the continuity of business activity (without discretion or favoritism) and to restructure the banks.

All these actions were supposed to be done with the support of BDL and the National Institute for the Guarantee of Deposits (NIGD), which is financed by the state and the banking sector, and which provides minimum insurance coverage for depositors.

Instead, the monetary authority left the situation to worsen, serving the interest of a small minority. It has only tried to cushion the shock by issuing circulars (n° 151, 154, 158, 161... to name a few) since April 2020 – although there was already little left to do at that point, and the assets were largely consumed.

Faced with this failure, which is as criminal as it is “deliberate” (as the World Bank described it), the cabinet should have assumed its hierarchical duty and take the necessary measures toward the monetary authority.

In other words, it should have, and it still should, dismiss BDL’s governor and, if applicable, the vice-governors from their posts, for “gross negligence in the exercise of (their) duties” (article 19 of the Code of Money and Credit), insofar as these mistakes have led to the currency collapse and worsening economic and financial situation.

Failing this, Parliament, whose role is to exercise control over the executive branch in the “name of the people,” should have politically sanctioned the succeeding governments with a vote of no confidence.

However, not only have parliamentarians failed in exercising this control, many MPs have deliberately conspired with the notorious “banking party” by thwarting any attempt to pass an objective crisis response plan, as was the case with Hassan Diab’s famous economic rescue plan in May 2020.

Where are the people in all this? What is their reaction to this series of shortcomings and incompetence?

Unfortunately, they remained timid, resisting any change. They seem stuck in “Stockholm syndrome,” which will probably lead them to reelect in May 2022 the same leaders who plundered them over the past decades.

This is exactly what the current political and financial ruling class have sought to achieve from the beginning. With its disconcerting passive aggressiveness, it would have succeeded in letting the storm pass before taking hold of the reins again and imposing its views to the detriment of the public interest.

All of that would certainly culminate in a general and definitive full discharge clearing the ruling class and its associates of any responsibility for the financial violations made over the past two years and even more. They have already tried to do it, without success, when the capital control draft law was taken up in December, at which point they tried to reiterate at the financial level the same unfortunate experience of the infamous amnesty law that had cleared some of them of their war crimes 30 years ago.

In comparaison, other countries that have had to face the same or similar financial situations took emergency measures that are quite the opposite. Iceland, for instance, opted for strong measures to save its economy in the 2008 global financial crisis.

As its bloated banking sector collapsed, the state at the time ensured an unlimited guarantee of domestic deposits and carried out several strong emergency measures, including an immediate application of capital controls, restriction of imports to what is strictly necessary, and political, monetary or financial leaders found guilty of abuses or mismanagement were dismissed and/or sentenced by the courts, etc.

Then the actors who brought about the debacle were forced to bear the losses (politicians, shareholders and bondholders), not the public. The government also placed financial institutions under its direct control through a parliamentary vote, with the right to merge, restructure or liquidate them progressively, which prevented their sudden bankruptcy.

This civic-minded accomplishment was also achieved at the economic level: in less than five years, economic activity and employment improved; the country returned to the debt market; and subsequently immigration among young Icelanders dropped and they were able to contribute to national growth.

This example, like that of many other countries that went through similar misadventures, including Cyprus, Greece or Albania, shows that sometimes it is better to clean up the mess and rebuild better than to barely keep the system afloat before finally dying.

In the absence of any urgent collective procedure under the control of the state institutions (or what is left of these institutions) and similar measures, the banking sector will inexorably end up in ruin and the deposits will be forever gone.

At the international level, lawsuits such as the Manoukian case in the UK or the Midani case which Saradar Bank lost in France in December, have allowed some depositors residing in Europe to benefit from the protection provided under the European Union’s consumer law (which Lebanese residents naturally do not benefit from).

In Lebanon, the Fransabank case or even that of Abdallah el-Saï – who forcibly recovered his funds at a branch in the Bekaa Valley and was released along with his deposits by the courts in February – illustrate an emerging “à la carte” method of recovery of deposits in an extreme way.

In this climate, there is no doubt that the most affluent, the most powerful or those who have strings pulled for them will secure the lion's share, leaving nothing or only small crumbs for other local depositors.

This is all the more unfair as they would be granted, in addition to the capital deposited, the very high interest rates they obtained under the Ponzi scheme, in the absence of clawbacks (recovery of the undue as part of a plan) that would absorb and ensure better distribution of the losses.

Then, there will not even be any tears to shed to erase the scribble of a very dark page in our history.

Karim Daher is a lawyer, lecturer in tax law at USJ and president of the Lebanese Association for Taxpayers' Rights (Aldic)

The past few weeks have been fraught with financial news stories, from the Vatche Manoukian complaint in UK courts against Bank Audi and SGBL to the Fransabank case, and the Association of Banks in Lebanon’s decision on March 18 to go on strike for two days.The general public and key interested parties have expressed sharp and conflicting reactions to each of these stories. When it comes to...