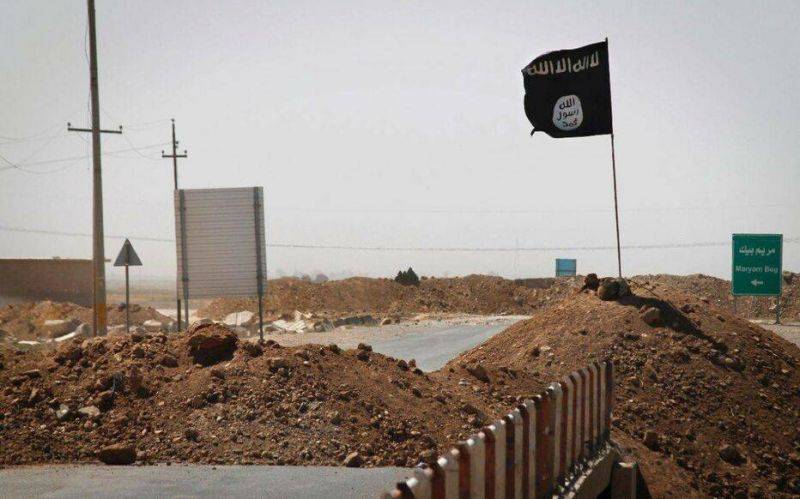 A flag of the Daesh jihadist group in northern Iraq in September 2014. (Credit: AFP)

Here's what we know:

• According to out correspondent, four of these Lebanese fighters killed were from Wadi al-Nahleh-Beddawi. The men were named locally as Omar and Bakr Seif, Mahmoud Sayyed and Anas Jazzar. The other two victims are brothers of the Chkheidem family, from Akkar, our correspondent reported.

• The fighters were involved in a Daesh attack that claimed the lives of 11 soldiers in Iraq's Diyala province a week ago, Iraqi security forces said.

• The Jan. 21 night-time attack, claimed by Daesh on its Telegram channels, targeted an Iraqi army base in the Hawi al-Azim region of eastern Iraq, killing 11 soldiers, including a lieutenant. Referring to the attack, which they pledged to "avenge," the Iraqi security forces said in a statement Saturday evening that they had "located the exact spot in Hawi al-Azim where the terrorist group that carried out this criminal act was located."

• The deaths of Omar Seif and his cousin Bakr Seif were confirmed Sunday morning by family members.

• Omar Seif's mother told our correspondent she received a message from her son's Iraqi mobile number two days ago, informing her of his death. “Omar called me only once after he left, from an Iraqi number. Two days ago I received a message from this same number. When I replied 'hello my darling,' thinking of speaking to my son, a person I did not know replied 'your darling is dead.' He added that he found this phone in the pocket of a deceased IS fighter,” she explained. She added her son fled Lebanon on New Year's Eve, 10 days before his wedding. “When we alerted the security forces, they revealed to us that he had traveled to Iraq to join the ranks of Daesh. Some time earlier, Omar had received a threatening call from one of the security services, telling him that his name was mentioned in a file where he would be incriminated, and that he was going to be arrested soon,” Omar's mother explained. She also said that the young man had previously spent five years in Roumieh prison, along with his brother, for terrorism. He was unemployed and did odd jobs from time to time, she added.

• For the past three months, rumors of dozens of young men from Tripoli and the North leaving to join the ranks of Daesh have been circulating in this region. Informed local political sources report that at least 60 young people have disappeared in recent weeks to join the group in Iraq, traveling through Akkar and Syria. Sources in the Interior Ministry downplay this phenomenon, but do not deny it. A few weeks ago, local media outlets reported the deaths of two young Lebanese, identified by the initials A.K. and Z.A., in the ranks of Daesh in December.

• After a meteoric rise to power in 2014 in Iraq and neighboring Syria and the conquest of vast territories, Daesh has seen its self-proclaimed "caliphate" falter under successive offensives in both countries. But while Iraq declared "victory" against Daesh in late 2017, the militants remain a threat and continue to carry out occasional attacks against villagers and security forces in the north of the country, particularly in the Kirkuk region and the provinces of Salahaddine and Diyala. The militant organization "maintains a largely clandestine presence in Iraq and Syria and conducts a sustained insurgency on both sides of the border between the two countries," according to a UN report released last year. In both countries, the jihadist organization is believed to retain "a total of 10,000 active fighters," according to the report.

BEIRUT — There were at least six fighters of Lebanese origin among nine Islamic State (Daesh) militants killed in Iraqi army airstrikes Saturday, L'Orient Today's correspondent in North Lebanon confirmed. Here's what we know:     • According to out correspondent, four of these Lebanese fighters killed were from Wadi al-Nahleh-Beddawi. The men were named locally as Omar...

EU urges Israel to only use lethal force as 'last resort'