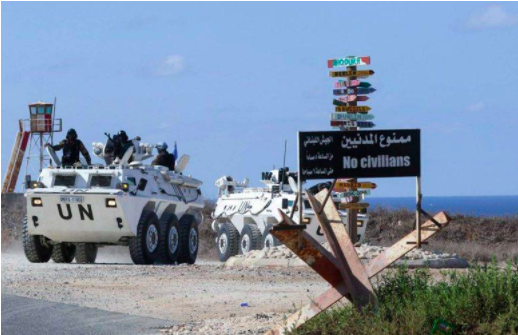 BEIRUT — The spokesperson for the United Nations Interim Force in Lebanon Andrea Tenenti said Tuesday that one of UNIFIL’s patrols was attacked west of the village of Ramyeh in South Lebanon. The attack resulted in the injury of one soldier.

• "Blue Helmets on routine patrol were attacked west of the village of Ramyeh in South Lebanon after their cars were intercepted," Tenenti said in a statement, adding that "one of the soldiers was injured."

• He also said that the aggressors "attacked two UNIFIL vehicles and stole a number of objects," adding that "the Lebanese army was present on the scene and was able to eventually ease the tensions.”

• The UNIFIL spokesperson also stressed that "the Blue Helmets were not on private property, but on a public road that they usually take," assuring that they were carrying out their duty "within the framework of Security Council resolution 1701 in order to maintain stability in southern Lebanon."

• "Under resolution 1701, UNIFIL enjoys complete freedom of movement and the right to patrol in its area of operations," he added.

• Security Council resolution 1701 resolution restored a cessation of hostilities between Israel and Hezbollah after the war of 2006.

• Tenenti also stressed the fact that "attacks against men and women in the service of peace constitute crimes according to Lebanese and international laws" and called on "the Lebanese authorities to investigate this crime and to prosecute those responsible."

• Attacks against UNIFIL soldiers have become frequent during the passage of convoys in the South, a region considered a stronghold of Hezbollah. At the end of December, tensions arose between a UNIFIL patrol and residents of Shaqra, in Bint Jbeil in southern Lebanon. This attack was deplored by the Lebanese Foreign Affairs Ministry, which opened an investigation.

• The Lebanese government had not yet reacted to the incident on Tuesday.

Lebanon has registered 70 COVID-19 cases in the past 24 hours. Two people have died, raising the death toll...

Saudi Arabia's foreign minister: Elections 'may be a positive step, but it’s too early to tell'

More than 45,000 households have so far received assistance under the ESSN program: Social Affairs Ministry