In Zgharta, the battle between presidential candidates is set to be tough

“It is very difficult for us to think about running for the elections side by side with Gebran Bassil,” Tony Frangieh told L’Orient-Le Jour. 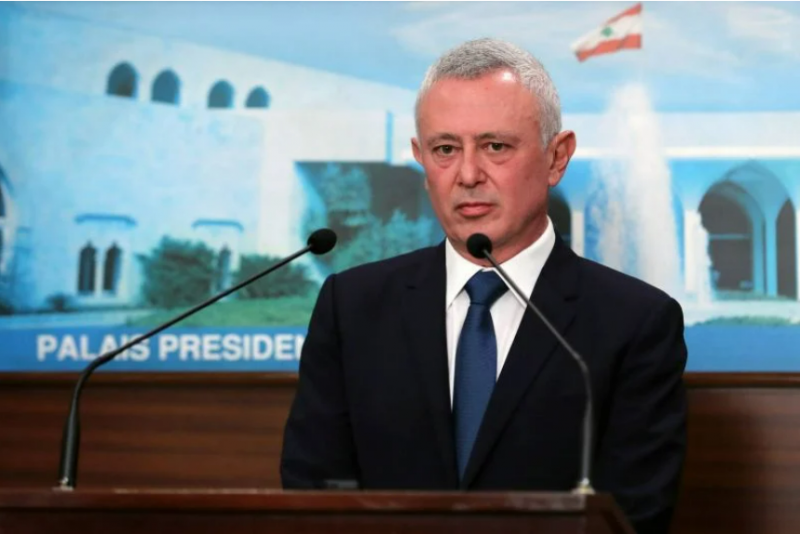 The legislative elections scheduled for May are poised to be intense in Zgharta, the stronghold of several Christian leaders, including some serious presidential candidates.

While these figures, but also other Christian groups that will compete in the North Lebanon III constituency, do not wish to forge electoral alliances because of different political standing, they find themselves converging around the same goal: to stand against Free Patriotic Movement leader Gebran Bassil.

Zgharta is above all the stronghold of Sleiman Frangieh, the head of the Marada Movement, and a rival of the FPM, with which his party’s relations have faltered since the 2016 presidential elections.

Frangieh, the most favored presidential candidate at the time, was very close to taking office, but it was Michel Aoun who ended up ascending to the presidency against the backdrop of the famous presidential compromise whereby Saad Hariri endorsed him.

Despite severed ties with the president and his camp, the Marada head visited the Baabda presidential palace on Tuesday at the invitation of Aoun, with whom he met within the framework of the president’s effort to hold a national dialogue — an initiative that Aoun eventually had to give up.

Commenting on a possible electoral alliance between his party and the FPM, Tony Frangieh, Sleiman Frangieh’s son and an MP from Zgharta, said, “It depends on whether or not Gebran Bassil agrees to ally himself with ‘corrupt people,’” a jab at the accusations Bassil hurled against his Zgharta rival in the wake of the Électricité du Liban tainted fuel scandal back in March 2020.

Sleiman Frangieh also praised the efforts made by Hezbollah “which is working for good relations between the FPM and the Marada.”

“We have big goals when it comes to the legislative elections. It is therefore in our interest that relations return to normal between Gebran Bassil and Sleiman Frangieh,” a Hezbollah official told L’Orient-Le Jour on condition of anonymity. The source, however, added that there were no serious political initiatives in place in this direction.

The Shiite party “has been making contacts in a bid to calm tension, with a view of a frank dialogue concerning the next phase, notably the legislative elections,” the party official said.

Sleiman Frangieh’s statements were interpreted as an open door to a possible alliance with the Aounists in the upcoming elections. But according to Tony Frangieh, this option remains far-fetched.

“It is very difficult for us to think about running for elections side by side with Mr. Bassil,” Tony Frangieh told L’Orient-Le Jour, stressing that the Marada would not join the FPM electoral list.

“To ally with us, the Aounists must first make room for self-criticism. But it is too late now, with only 10 months from the end of the presidential mandate,” the MP added, saying that he was not “aware” of any mediation attempt on the part of Hezbollah between his party and that of Bassil. “But if that were the case, there is certainly no progress,” he said bluntly.

This refusal to forge electoral alliances is mutual for Aounists.

“Good intentions are necessary in order to embark on this chapter. But Mr. Frangieh’s comments were meant to undercut us,” Sayed Younes, head of the FPM electoral campaign, told L’Orient-Le Jour.

While almost everything seems to drive a wedge between the two sides, Frangieh’s and Bassil’s parties agree on one point: rejecting any alliance with the Lebanese Forces of Samir Geagea, their common rival on the Christian scene.

“It is unlikely that we will reach out to the LF, because of major political differences,” Tony Frangieh said, stressing that his party is preparing to enter the fray solo, although the Marada has been in contact with several stakeholders, such as the Future Movement, with which the party allied itself in the Bar Association elections in North Lebanon.

“We are also in contact with William Tawk [son of former MP Gebran Tawk and the brother of Myriam Skaff, head of the Popular Bloc],” Tony Frangieh added.

Any electoral rapprochement between the Marada and the Future Movement would significantly undermine the FPM’s position in the constituency of North Lebanon III (Zgharta, Bcharre-Koura-Batroun), because of the latter’s sore ties with the Hariri camp and given the substantial Sunni electorate in this area.

“There are only 680 Sunni votes in this constituency,” Younes said in a bid to downplay the impact of the political divorce between the FPM and the Future Movement at the ballot box.

“We are working to attract as many independent figures as possible,” he added.

Mouawad and the effort to unify opponents to the presidential camp

Unlike in 2018, the Aounists will also be deprived of the support of the leader of the Independence Movement, Michel Mouawad, a traditional opponent of Sleiman Frangieh and known for his animosity to Hezbollah.

In the aftermath of the 2020 Beirut Port explosion, Mouawad had resigned from Parliament, slamming the door on the Aounist parliamentary bloc which he had joined two years earlier.

Mouawad intends to embark on the next legislative elections from a position that is hostile to the presidential camp.

According to a source from the Independent Movement, Mouawad has been endeavoring to unify opponents of the current political approach around a vision centered on the fight for Lebanon’s sovereignty. (The “sovereignist” camp is generally focused on countering the influence of Iran and Hezbollah in Lebanon).

Antagonizing both Frangieh and Bassil, Mouawad “wants to form a list to confront all political parties that provide political cover for Hezbollah, including the Marada Movement and the FPM, but also the Future Movement and the LF whose concessions have led the country to the current chaos,” the source added.

As for Geagea, who is also facing opponents in Zgharta, he is slowly advancing on the electoral scene of North Lebanon III.

In Zgharta, the LF leader will support the candidacy of Mikhael Doueihi, an engineer.

“The goal is not to face off with anyone. It is our right to have candidates where we have strong presence,” an LF official said, adding that the LF has only been in contact with Walid Joumblatt’s Progressive Socialist Party in the Chouf area in the context of the elections.

The legislative elections scheduled for May are poised to be intense in Zgharta, the stronghold of several Christian leaders, including some serious presidential candidates.While these figures, but also other Christian groups that will compete in the North Lebanon III constituency, do not wish to forge electoral alliances because of different political standing, they find themselves converging...