Here’s what happened over the weekend and what to expect today, Monday, Sept. 6 and this week 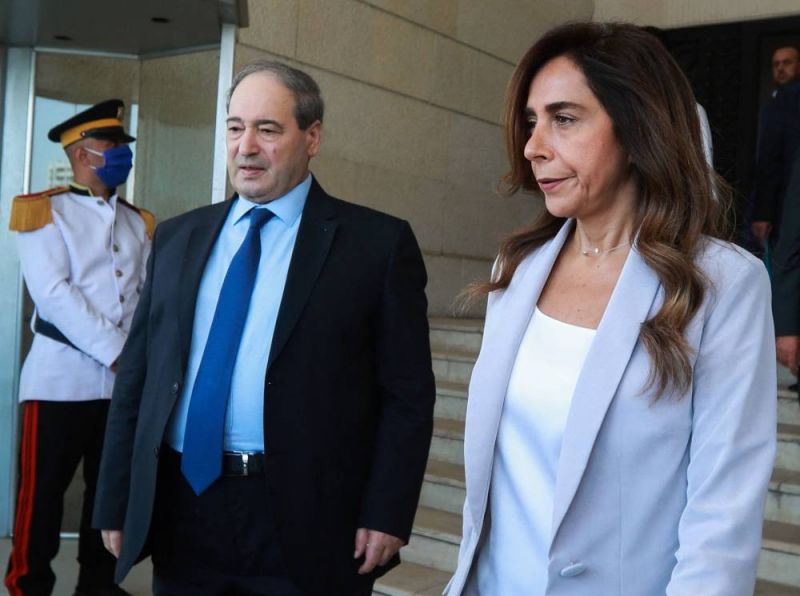 Syria announced it was prepared to assist Lebanon with the import of Egyptian gas and Jordanian electricity, a plan floated by the US to alleviate Lebanon’s power grid woes. For the first time in a decade, a high-level Lebanese delegation — including the caretaker ministers of foreign affairs, defense, energy and finance among others — traveled to Syria on Saturday to discuss the proposal. Syria and Lebanon agreed to “follow up on the detailed technical aspects through a joint team,” according to Lebanon’s state news agency. On Wednesday, the energy ministers of Syria, Egypt and Lebanon will meet in Jordan to discuss the export of Egyptian gas to Lebanon through Syria, Al-Mamlaka TV reported. The Washington-backed plan to secure fuel for Lebanon’s state electricity company needs to clear a number of technical hurdles, including not only Damascus’ assent but also US sanctions on Syria as well as infrastructure and financing challenges.

A leak in the disused pipeline from Iraq’s Kirkuk to Lebanon’s second city of Tripoli flooded farmland in Akkar. Ten months after a similar incident caused a fire in the Akkar town of Abdeh, an oil spill on Sunday flooded agricultural land between Bibnine and Abdeh. The state-operated Tripoli Oil Installations has conducted maintenance work on the pipeline on a number of occasions; however, leaks have continued, according to our sister publication L’Orient-Le Jour. On Aug. 26, the head of Civil Defense in Bibnine-Abdeh informed Tripoli Oil Installations of the ongoing leaks, which prompted the institution to patch up a leak approximately 200 meters from the site of Sunday’s spill. Residents in the area have urged authorities to address the leaks and prevent the situation from degrading.

Six Syrians, including opposition activists from Daraa, arrested by Lebanese authorities face an ultimatum to leave Lebanon today, according to their lawyers. Associated Press reported yesterday that the refugees, who were arrested outside the Syrian Embassy late last month, were given a 24-hour ultimatum to exit Lebanon for a third country, or face deportation to Syria. Last week, the Lebanese Army said it arrested six Syrians for illegally entering the country and remanded them to the custody of General Security. “No part of Syria is safe for returns, and these men must be protected,” Amnesty International deputy director Lynn Maalouf warned in a statement. The rights organization called on Lebanon to either charge the refugees with an offense or release them, and not deport them back to Syria.

Public institutions will close Tuesday on the occasion of the funeral of Sheikh Abdel-Amir Qabalan, one of Lebanon’s leading Shiite Muslim clerics. Leading figures from across the country’s political and religious spectrum, including the president, caretaker premier, Maronite Patriarch and head of Hezbollah, offered condolences following the death Saturday of the Supreme Islamic Shiite Council leader. Qabalan, born in 1936 in southern Lebanon, trained as a cleric in Iraq before returning to Lebanon and ascending through a number of posts before taking the reins of the Supreme Islamic Shiite Council in 2017. Qabalan’s funeral will be held in the southern Beirut suburb of Ghobeiri.

Public school teachers are set to strike Wednesday, with a demonstration scheduled for 11 a.m. that day in front of the Ministry of Education in Beirut. The Union Coordination Committee, which represents civil servants and secondary school public teachers, called for a wide participation in the strike. The labor rights organization requested that teachers and directors in private as well as public institutes not go to work and “awaken their consciences.” Last week, the Public Primary Schools Teachers League in Lebanon announced it would stage countrywide protests if authorities did not increase salaries and transportation stipends for teachers. The severe fuel crisis in Lebanon, which has led to skyrocketing transportation costs amid shortages of gasoline and diesel for back-up power generators, poses a challenge for the reopening of schools scheduled for Sept. 27.

Efforts to form a new government remain stalled, nearly 13 months since the resignation of the last cabinet and 42 days since Najib Mikati’s designation to form a new one. Following a testy exchange of statements Thursday by the premier-designate and president, any new government appeared far off. Our sister publication L’Orient-Le Jour reported Saturday that France intervened to urge Mikati and Aoun — who last met on Aug. 26 — to “make the necessary compromises to start a way out of the crisis.” Sources close to Mikati told L’Orient-Le Jour that the premier-designate is not as optimistic as Aoun about the chances of forming a government, adding that the main obstacle appears to be the president’s insistence on the so-called blocking third veto power in a cabinet. Lebanon24, an outlet owned by the Mikati family, reported Saturday that Mikati might move toward proposing a 14-member “executive salvation government,” with An-Nahar saying it would include leading figures from Lebanon’s main political parties. Mikati’s cabinet from April to July 2005, which was formed to oversee the parliamentary elections that spring, was composed of 14 ministers.

Want to get the Morning Brief by email? Click here to sign up.Syria announced it was prepared to assist Lebanon with the import of Egyptian gas and Jordanian electricity, a plan floated by the US to alleviate Lebanon’s power grid woes. For the first time in a decade, a high-level Lebanese delegation — including the caretaker ministers of foreign affairs, defense, energy and finance among...