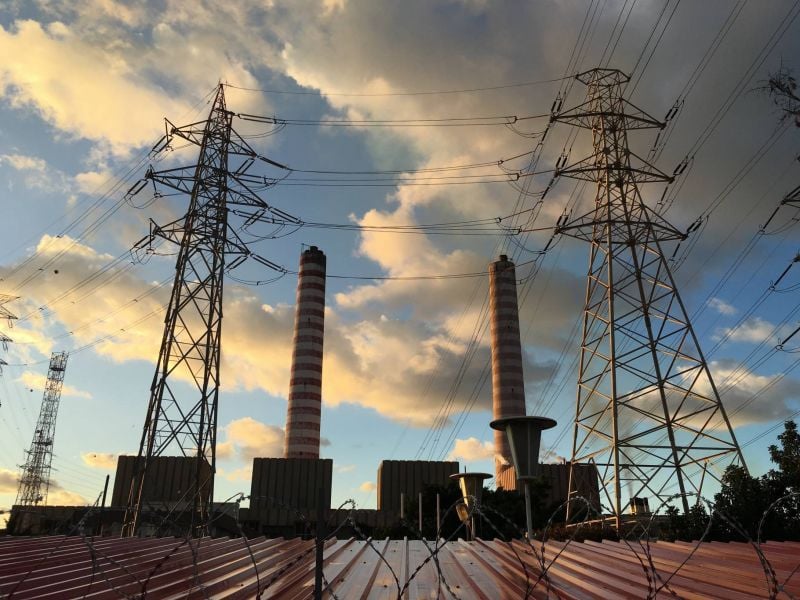 BEIRUT — Dueling proposals from Hezbollah and the United States may help Lebanon secure electricity that would partially alleviate the country’s rolling blackouts, but the vague proposals look to be mere stopgap measures to the entrenched energy crisis.

Iranian-allied Hezbollah announced that it is bringing tankers loaded with Iranian fuel to Lebanon, while the US said it is coordinating with regional powers to secure natural gas or already produced electricity for the country.

However, both plans — even if they come to fruition — will not resolve Lebanon’s dire energy crisis, says the energy consultant Jessica Obeid, which she says requires long-term investments in infrastructure. According to Obeid, both plans represent “a continuation of how the power structure has been performing in the past several decades, coming up with temporary fixes with no actual sustainable solution in sight.” If both plans happen, it will constitute “an extension” for Lebanon, temporarily staving off a complete collapse, she added.

In a speech on Thursday morning, Hezbollah Secretary-General Hassan Nasrallah announced that the first of multiple fuel-laden Iranian tankers would leave for Lebanon within hours. Warning against would-be Israeli or American attacks on the ship, he said he considered the ship “Lebanese territory” from the moment it left the dock in Iran. Under Hezbollah’s deterrence equation with Israel, strikes inside Lebanese territory lead to retaliation attacks inside occupied Palestine.

How many shipments Hezbollah intends to bring, and how it plans to bring them into Lebanon, remains unclear.

Within hours of Nasrallah’s announcement, Baabda Palace announced on Twitter that US Ambassador to Lebanon Dorothy Shea had called President Michel Aoun and said her country had decided to try to help alleviate the fuel crisis, which in recent weeks has paralyzed both the public and the private sectors.

Deprived of fuel oil for its plants, the state electricity utility is providing only a handful of hours of electricity to the grid each day, if that; with diesel scarce, nearly every sector, including health and tourism, has been paralyzed without exception. Virtually no gasoline for cars means hourslong lines at pumps, while cooking gas is also running out.

The US-coordinated effort consists of two proposals. The first is to assist Lebanon in importing Egyptian natural gas via the Arab Gas Pipeline, which runs from the Egyptian Sinai Peninsula to Jordan, Syria and Lebanon. That gas could then be burned by Lebanon’s power plants to generate electricity locally, as was done in 2009 and 2010.

The second US plan would involve helping Lebanon draw power from the Jordanian electrical grid via interconnections from Jordan to Syria, and Syria to Lebanon. Jordan has expressed willingness to sell electricity to Lebanon in the past, but the Syrian government has not agreed to the arrangement, which would require using its transmission lines.

Both plans are complicated by US sanctions on Syria that make virtually all financial transactions with Syrian institutions illegal under US law. Violating a US sanction can result in additional sanctions for Lebanon, Jordan and Egypt.

One way the plans could avoid running afoul of the sanctions regime is a formal license from the US Treasury Department authorizing them. Those facilitating them could also seek a letter from the US government permitting distribution via Syria, Al Arabiya reported. The US decision to carve out an exception to the country’s Caesar Act, the law that established sanctions targeting Bashar al-Assad’s government, could be vulnerable to legal challenges in US courts.

Even if US President Joe Biden’s administration overcomes domestic legal obstacles, it remains to be seen whether the Syrian government will allow natural gas destined for Lebanon to flow through the portion of the pipeline that is under its control or allow Jordanian energy to transit to Lebanon via its grid. Syrian state media have yet to report on the US proposal, and the government has not made a statement.

Following the political and legal challenges are logistic hurdles. As a result of the Syrian civil war, sections of the gas pipeline in that country are out of service, energy experts told L’Orient Today, and the grid interconnections also need repairs.

Shea says negotiations are underway with the World Bank to secure financing for repairs to electrical lines and the pipeline, according to Aoun’s office.

Key details remain unknown about both the American and Hezbollah initiatives, such as whether Hezbollah intends to import the diesel via a Lebanese government-controlled port or offload it in Syria and bring it into Lebanon over land. Officially importing it via a port could expose the Lebanese government to legal risks given sanctions in place against Iran, the oil and gas governance expert Laury Haytayan told L’Orient Today.

The legal and political implications could be far-reaching, she said. “If the diesel enters into Lebanon [officially], or is even smuggled but in public, I think this would be a game changer and could give more control to Hezbollah of the country, and ... it would completely weaken the state, even the idea of a state in Lebanon, for decades.”

A US Embassy spokesperson could not immediately be reached for comment. A Hezbollah spokesperson declined to comment.

BEIRUT — Dueling proposals from Hezbollah and the United States may help Lebanon secure electricity that would partially alleviate the country’s rolling blackouts, but the vague proposals look to be mere stopgap measures to the entrenched energy crisis.Iranian-allied Hezbollah announced that it is bringing tankers loaded with Iranian fuel to Lebanon, while the US said it is coordinating with...