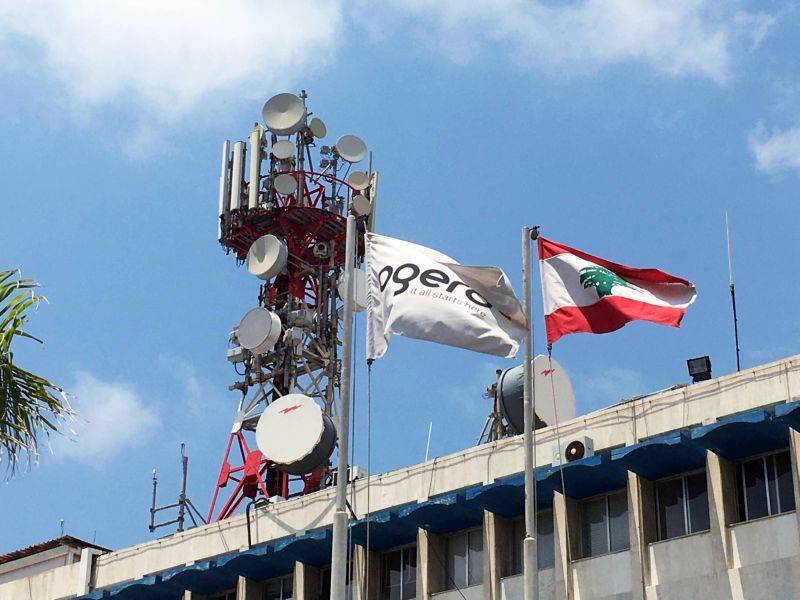 BEIRUT – The state’s failure to provide more than a few hours of electricity each day across the country has crippled major businesses and service providers — among them Ogero, leaving Lebanon on the brink of a nationwide internet outage.

With the state electricity utility, Électricité du Liban, providing less and less power in recent months — it is now providing just a few hours a day — homes and businesses have come to depend on backup generators to supply power during the prolonged blackouts. But those generators run on diesel, which the broke central bank is no longer able to finance in enough quantities to cover the high diesel demand.

As a result, residents are forced to turn off their generators due to a nationwide dearth of diesel supply, leading to prolonged power blackouts throughout the day.

Back in June, Kreidieh had warned that blackouts and fuel shortages were threatening Ogero’s ability to provide services. This warning has quickly become reality, as internet outages across the country have become increasingly regular — and longer — affecting areas from the Chouf District to towns in Aley and Akkar.

“We do not have a backup [plan],” he said, adding that any cut in the supply would bring down internet services.

In addition to providing internet services, “we are now the main provider of [our own] power, which is not our job,” he added. “There should be a power supplier providing me with power to provide internet.”

To feed power to some 303 substations across the country, Ogero now consumes about 100 tons of diesel per day, compared with just 25 tons before EDL’s supply began to plunge, Kreidieh said.

Increased diesel consumption has translated to skyrocketing consumption costs. Diesel prices have soared as the national currency’s nominal value has degraded, while Ogero, a state-run company, still charges for its services at the official exchange rate, with its price list being set by the Telecommunications Ministry.

This has caused an imbalance in its books, which is set to worsen after the country’s top officials partially ended fuel subsidies on Saturday. Fuel imports are now being financed at an exchange rate of LL8,000 to the US dollar, instead of LL3,900 to the dollar. Diesel now costs more than 450 percent more than it did at the beginning of this year.

Ogero already requested a LL20 billion treasury advance to cover the price hike, Kreidieh told L’Orient Today, which is awaiting the president’s and the caretaker prime minister’s approval. Following Saturday’s decision, the company will have to request additional funding, without which it will be forced to discontinue operations, Kreidieh said.

Beyond procuring and paying for diesel, Kreidieh said Ogero’s generators, which are supposed to be a backup power source for eight to 12 hours maximum, are running for more than 20 hours a day. He pointed out a widespread risk that they would overheat or even break, as they did back in June in the Chouf.

“It takes three to four hours to repair the generators to go back to providing our services,” he added.

However, the cash-strapped telecom provider has also halted preventive and major maintenance due to its inability to acquire equipment and spare parts for its exchanges, which are mostly imported and must be paid for in foreign currencies.

“We are not doing the maintenance, because we do not have the funds for it,” Kreidieh said.

Disconnected from the world

Speaking with L’Orient Today, Kreidieh said that if Ogero does not receive fuel, “it will be a catastrophe across the country,” leaving residents with little to no internet access.

Ogero outages have already paralyzed institutions across the country, including hospitals, banks, and state offices. But experts caution that residents have only had a glimpse of the hidden consequences of Ogero going offline.

The telecom provider is “the internet’s backbone, as it supports at least 90 percent of all the local market, including [the mobile network operators] Alfa and Touch. So if Ogero is down, then everything else is down,” Mohamad Najem, the executive director of digital rights organization SMEX, told L’Orient Today.

Ogero “is a monopoly and holds international cables. It is also a monopoly on any fiber connection within the country,” Denys Fedoryshchenko, a telecom engineer, told L’Orient Today.

“This means that the whole country has no alternative, and if Ogero cannot maintain power, we will witness a complete communications blackout, within the country and [in communications] with the world,” Fedoryshchenko said. “It will be a complete disaster.”

“The internet will affect anyone — this is a sign of the collapse of the country, of the economy, of everything,” Najem said.

“No power, no service. It’s over,” Kreidieh said.

BEIRUT – The state’s failure to provide more than a few hours of electricity each day across the country has crippled major businesses and service providers — among them Ogero, leaving Lebanon on the brink of a nationwide internet outage.The state telecom provider is operating “on the edge,” Imad Kreidieh, the company’s chairman, told L’Orient Today.With the state electricity...