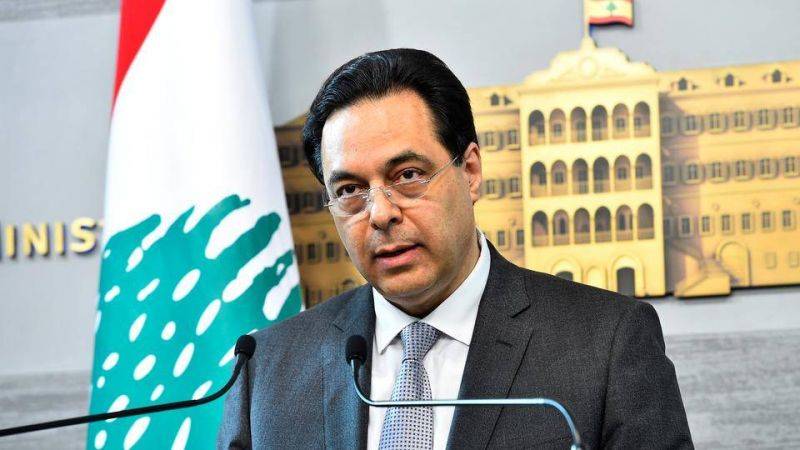 BEIRUT — Hassan Diab’s caretaker government has proposed providing ration cards to Lebanon’s poorest families in place of the current subsidy system as a means of stemming the outflow of the central bank’s foreign currency reserves.

However, the outgoing prime minister faces an uphill battle in securing Parliament’s endorsement of the scheme amid accusations that it would be propped up by bank deposits that have been locked away from their owners since the onset of the economic crisis.

Diab is not the first official to broach an economic reform proposal that supplants the current subsidy structure with direct payments.

Diab’s proposal, which L’Orient Today has obtained a copy of, aims to cut spending while making sure impoverished families — who now account for more than half the population — can continue affording certain basic goods amid the country’s financial meltdown.

How it would work

According to Diab’s proposition, the government would make monthly dollar payments to 750,000 families — or about 75 percent of the 4.1 million residents currently living below the poverty line, according to the plan. The payments would take place for a period of one year; the plan does not specify payments beyond that point.

The scheme would include a base payment of $29.60 per family, with an additional $29.60 for each family member, up to a maximum of $210 per family. The cash transfers would amount to some $1.3 billion per year.

The dollars would be loaded onto an electronic card that could be spent in lira at the parallel market rate. The plan does not specify the stipulations on how, exactly, the money could be cashed out or otherwise spent. It also does not specify whether the rate would follow Banque du Liban’s forthcoming Sayrafa platform.

Even as the plan would provide much-needed dollar payments, like Nehme’s proposal it would slash subsidy payments made by the central bank to cover basic goods such as wheat, medicine and oil, which are currently draining state coffers at an alarming rate. Officials have said BDL’s funds have been so drained that the state may have to end the subsidy program as early as the end of this month.

The plan states that this would bring the state’s subsidy budget to about $795 million annually, down from about $5 billion currently.

According to the plan, the new money transfer scheme would save the state nearly $3 billion annually.

With scant information on how exactly the money would be distributed, officials have been quick to voice their opposition to Diab’s ration proposal.

BDL may already be dipping into its required reserves to sustain its current subsidies, using money that technically belongs to depositors, although it has been locked up since late 2019 as a result of informal capital controls imposed by commercial banks. If efforts to secure injections of funds from foreign allies fall short, it appears that Diab’s scheme would also be built on the backs of these deposits.

Speaking with TV channel Al-Hurra on Monday, Diab said that Lebanon will be “obliged” to dip into the central bank’s mandatory foreign currency reserves to finance the proposed cash card. This has already drawn a sharp rebuke from MPs Elie Ferzli (Ind./W. Bekaa-Rashaya) and Georges Adwan (LF/Chouf), with Adwan even threatening legal action.

Furthermore, experts have raised concerns over whether the program would be insulated from Lebanon’s endemic corruption — unlike the current program.

“It’s unclear how they’ll make sure that these cards are not used for clientelism by the political class,” Jean Tawile, an economist and an adviser under a former economy minister, told L’Orient Today.

Since Lebanon was subsidizing imports, “payments were being made to traders instead of needy families, which opened the floor for all sorts of abuses by those few traders who enjoyed obvious political coverage,” Tawile said.

This, Tawile said, gave way to an entrenched smuggling scheme.

Tawile pointed out that ending subsidies would remove price discrepancies between countries, which could render smuggling obsolete.

A draft law must now be approved by cabinet — an extraordinary measure given its caretaker status — and submitted to Parliament, which must approve a budget to fund the cash transfers.

“The government is still working on the draft law for a ration card. Once that is done it should go to Parliament for approval,” said Leila Hatoum, a spokesperson for Diab.

Once Parliament passes the draft law, implementation should take about a month and a half, Hatoum told L’Orient Today.

“The law should be approved by Parliament, but political blocs will find various ways to obstruct it,” Tawile said, casting doubt on the political will to implement reforms.

“The plan has a number of positive aspects, which I believe is why it will not pass as it is,” he added.

BEIRUT — Hassan Diab’s caretaker government has proposed providing ration cards to Lebanon’s poorest families in place of the current subsidy system as a means of stemming the outflow of the central bank’s foreign currency reserves.However, the outgoing prime minister faces an uphill battle in securing Parliament’s endorsement of the scheme amid accusations that it would be propped up...