Iraq has agreed a deal to supply Lebanon with 500,000 tons of heavy fuel oil. Payment will be made in “Lebanese dollars” via an escrow account at Banque du Liban, which Iraqi authorities would use to buy goods and services in Lebanon exclusively. Iraq’s heavy fuel oil, however, does not match the specifications of Lebanon’s power plants. So, what options does Lebanon have? 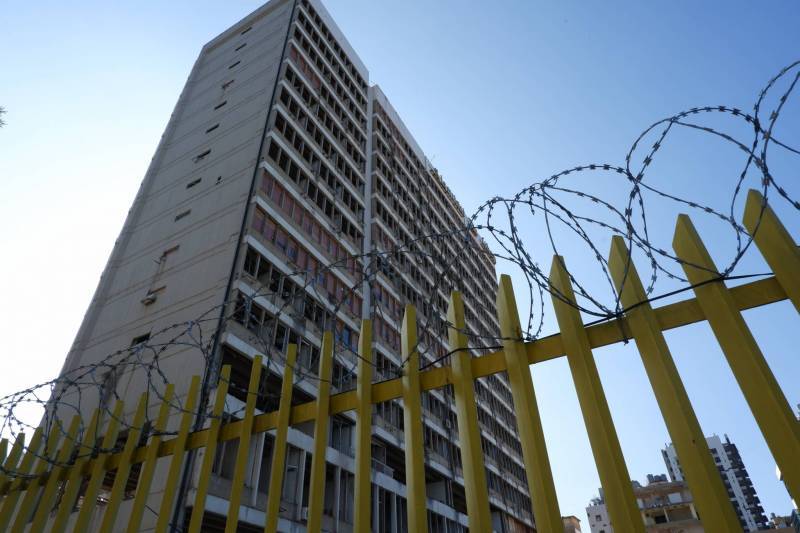 Iraq has agreed to be paid in "lollars" for its fuel oil.

Caretaker Energy Minister Raymond Ghajar briefed Iraqi reporters on Wednesday on the details of the framework agreement with Iraq for the supply of 500,000 tons of heavy fuel oil (HFO) in 2021, which has yet to be signed by the prime ministers of Lebanon and Iraq.

According to the minister, Iraq has agreed to receive payment in “lollars,”— which can only be spent in Lebanon and are currently set at LL3,900 to the dollar as opposed to the official peg of LL1,507.5 — via an escrow account at BDL. These funds would be used by Iraqi authorities to purchase goods and services within Lebanon. The value of the deal remains under negotiation, he added.

Supplies from Iraq would cover only a quarter of the Électricité du Liban’s HFO needs and about 12 percent of its total fuel imports, estimated by the Energy Ministry at around 3.8 million tons per year, including 2 million tons of diesel fuel.

For the past 15 years, Lebanon’s HFO supplies have been entirely provided by Algeria’s Sonatrach. However, Sonatrach announced last year, following a scandal over the delivery of tainted fuel, that it would not be renewing its contract with the Lebanese state once it expired on Dec. 31, 2020.

Since the government only last week launched a tender process to replace the Algerian company, the Energy Ministry seeks to partially rely on Iraqi fuel in a bid to prevent Lebanon from “plunging into darkness.”

But a solution to this problem still seems a long way off.

In fact, the Iraqi fuel oil, which has a very high sulfur content, does not match the specifications of Lebanon’s power plants.

Burning high-sulfur fuel oil poses health and environmental risks associated with the emission of sulfur, which can be particularly harmful when power plants are located close to residential areas, as is the case in Lebanon.

About 45 percent of oil derivatives produced in Iraqi refineries are HFO, according to Iraqi government sources.

And amid rising ecological awareness, this type of fuel is increasingly singled out as less desirable due to the environmental risks associated with it.

This perhaps explains why Iraq appears in a rush to sell its fuel.

The question remains, how could this type of fuel meet Lebanon’s needs?

One option, which seems to be the most feasible, is to “trade the [Iraqi] cargo for fuel that meets Lebanese specifications,” says Istepanian. Several regional companies have reportedly already expressed interest in making an offer.

In this case, Lebanon would receive no direct payment for the fuel oil. Instead, Lebanon would trade the 500,000 tons supplied by Iraq for a smaller quantity of fuel, the quality of which meets Lebanon’s needs.

A second option would be to refine the fuel supplies from Iraq, but this is a far-fetched solution since the only two oil refineries in Lebanon, in Tripoli and Zahrani, have been idle for many years.

The desulfurization and refining process, however, could be carried out by foreign companies, some of which have already made offers to provide this service. But again, this remains a costly option, as the fuel would have to be sent abroad then re-routed to Lebanon.

Amid Lebanon’s fuel shortages, high-sulfur fuel oil could be used as a temporary solution — but this option would likely cause a national outcry.

In fact, the day after the deal was announced, Greenpeace Lebanon issued a statement warning against the use of fuel loaded with sulfur.

For his part, Yahya Mawloud, operations manager of Middle East Power, the company operating the “reverse generators” installed in Zouk and Jiyyeh, says he would “refuse to use fuel oil that’s too rich in sulfur.”

While the terms of the deal are still under study, Iraq’s supplies remain in any case insufficient to operate the Zouk and Jiyyeh power plants and the “reverse engines,” which are located in the same areas and on barges.

Meanwhile, diesel supplies for the Zahrani and Deir Ammar power plants have been secured, at least for the short term. The Kuwait Petroleum Corporation, which has been supplying Lebanon with diesel fuel since 2015, extended its contract for three additional months at the end of 2020, according to an informed source.

In order to secure the remaining HFO supplies needed to generate power in Lebanon, i.e. around 1.5 million tons, Ghajar said that the ministry will also be buying spot cargos of fuel.

Unlike traditional supply contracts, transactions for spot cargos are done immediately, at the fuel price of the day, and often result in the fuel being more expensive than it is under a long-term contract.

Yet, amid Lebanon’s hard currency shortages, it might prove challenging for the central bank to secure the greenbacks necessary for fuel supplies. Such supplies cost the state $1.6 billion in 2018, according to the World Bank.

This article was originally published in French in Le Commerce du Levant. Translation by Sahar Ghoussoub.

Caretaker Energy Minister Raymond Ghajar briefed Iraqi reporters on Wednesday on the details of the framework agreement with Iraq for the supply of 500,000 tons of heavy fuel oil (HFO) in 2021, which has yet to be signed by the prime ministers of Lebanon and Iraq.According to the minister, Iraq has agreed to receive payment in “lollars,”— which can only be spent in Lebanon and are...