Remuneration of judges: the 'judicial engineering' of Riad Salameh

The mechanism of the central bank allowing judges to withdraw their salary at a preferential exchange rate was suspended Thursday "until further notice," according to a banking source. But the confusion around the mechanism remains total. How was it financed? What was the role of the central bank? In what legal framework did it fit? L'Orient-Le Jour looked behind the scenes of a case managed in total opacity. 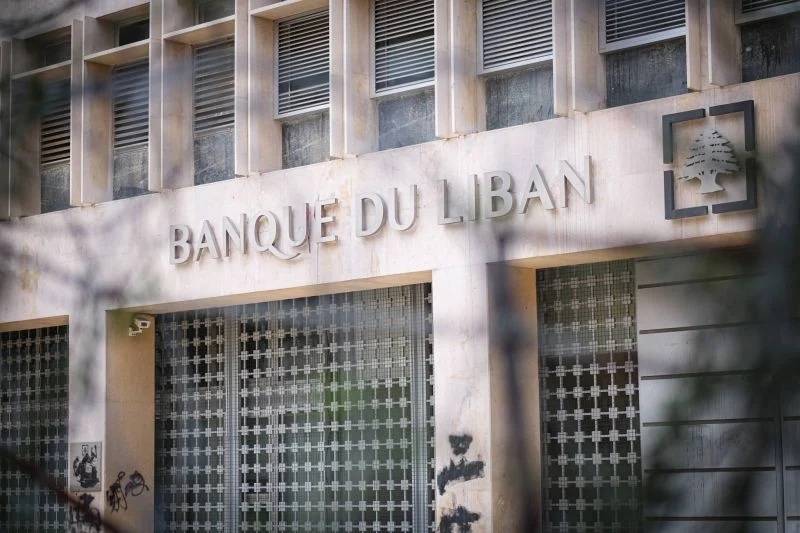 In early July, an executive of a Lebanese bank received a phone call from the treasury department of Banque du Liban announcing the implementation of a new scheme to improve the purchasing power of judges. The mechanism was simple: the salaries in lira transferred by the Mutual Fund of the Judiciary for the month of June would be converted by the bank into "lollars" at the official rate (LL1,507.5 to the dollar), which could then be withdrawn at the rate of LL8,000 to the dollar. In other words, by this simple means, the beneficiaries would see their remuneration in lira multiplied by more than five. For example, a judge earning LL4.1 million — the base salary of a magistrate — would obtain LL22 million through the BDL's discretionary mechanism after withdrawing his or her "lollars" in lira.

According to several sources interviewed by L’Orient-Le Jour, this measure is the product of lobbying by some elements of the judiciary, a profession facing — like the entire civil service — the violent deterioration of salaries, which now oscillate, depending on the hierarchical position, between $150 and $350 at the parallel market rate.

Surprised, the bank employee on the other end of the call from BDL asked if the central bank was planning to issue a circular on this subject, before being told that it was not. BDL then sent a simple email to the bank mentioning the list of judges concerned, along with their account numbers. The sources interviewed were unable to determine exactly how BDL obtained the list, although some suggested that it was probably the magistrates' mutual fund that provided it.

In the meantime, the bank manager received a second phone call: this time the caller specified that, given the sensitivity of the subject, it was up to the magistrates themselves to officially apply to their bank to benefit from the mechanism, which more than half of the judges with accounts at his establishment did. As soon as it was revealed, the news created a controversy in a particularly tense social context, where civil servants have been on open-ended strike since June 13 — especially since they have made the conversion of their salaries at the rate of LL8,000 to the dollar one of their main demands, so far without success.

At first, the government tried to brush aside the controversy. Caretaker Justice Minister Henri Khoury, himself a former judge, told L’Orient-Le Jour on July 15 that "the upgrading of salaries is essential so that judges can continue to deliver justice.”

Contacted to find out whether the cabinet had unofficially given its prior approval to BDL on the adoption of this mechanism, neither Khoury nor the spokesman for caretaker Prime Minister Najib Mikati responded. Three days later, it was the turn of the judiciary to take up the cause: in a joint statement; the Supreme Council of the Judiciary, the Council of State and the Court of Accounts justified that “it is impossible to organize the work of judges ... without ensuring them an adequate salary.”

The defenders of the system assure that this salary increase is neutral for the state's coffers. A source close to the minister of justice even told L’Orient-Le Jour that it is the Mutual Fund of the Judiciary that is responsible for the exchange differential.

However, all the banking sources consulted by L’Orient-Le Jour told a different story.

“The fund transfers salaries in lira to the banks, which convert them into ‘lollars.’ But it is BDL that covers the differential through the mechanism of Circular 151," explains one of them.

“The BDL is simply printing money. If the impact on the economy is marginal as long as it is confined to one category, its possible extension to all civil service salaries would be catastrophic in terms of inflation,” commented an economist on condition of anonymity.

Judges can take advantage of another device in parallel.

“Thanks to Circular 161, they can, like all individuals, buy ‘fresh dollars’ provided by BDL from its own reserves, to banks at the rate of the Sayrafa platform,” which is more advantageous than the parallel market, continues the banking source.

For example, a judge earning LL4.1 million obtains, through the discretionary mechanism of the BDL, LL22 million after withdrawing his “lollars” in Lebanese lira. With this amount, he can then buy the equivalent of $880 at the Sayrafa rate, and then exchange them for about LL26 million on the parallel market.

On the banks' side, however, the operation is painless.

This is the argument put forward by all the bankers interviewed to justify their participation in the scheme without official instruction.

“We act as simple intermediaries, it is up to the client to decide if he wants to benefit from this mechanism,” said one of them.

Critics of the scheme castigate it as a violation of the law.

“The decision of a salary increase is not a prerogative of BDL, but of the government,” explained constitutional lawyer Said Malek. The absence of a circular “puts into question the intentions of BDL,” added the lawyer, who denounces what he says looks like “an attempt by BDL to bribe justice” at a time when the governor of the BDL is targeted by several judicial investigations.

“Judges would not be the only ones to have secretly benefited from this kind of scheme," said the director of the NGO Legal Agenda, Nizar Saghieh, referring to rumors about the salaries of MPs receiving similar treatment, which were quickly denied by Deputy Parliament Speaker Elias Bou Saab on July 18.

Among magistrates, the decision is not unanimous. Some of them were quick to condemn it, denouncing an attempt by BDL "to include the judiciary in its financial engineering.”

Among those who speak out publicly, there are judges as notoriously at odds with each other as Public Prosecutor at the Court of Cassation Ghassan Oueidat and Prosecutor of the Appeals Court of Mount Lebanon Ghada Aoun.

Faced with this outcry, the government was forced to back down.

“We agreed on the need to treat civil servants equally, without exception. All measures taken over the past few days will be suspended,” said caretaker Labor Minister Mustafa Bayram on July 18. The same day, he announced a series of interim measures — ranging from a monthly bonus equivalent to a base salary to a transportation allowance conditional on attendance.

What about the judges? “None of these measures concern the judiciary,” said former Justice Minister Ibrahim Najjar. In this context, several banking and judicial sources told L’Orient-Le Jour that the mechanism was actually still in effect, according to instructions from BDL itself and despite repeated statements by the government to the contrary.

An internal letter from the aforementioned bank mentions that BDL has confirmed to the Treasury the maintenance of the mechanism for July. The media office of the Ministry of Finance told L’Orient-Le Jour that it has no information on this subject. A spokesperson for BDL said he was not aware of the existence of the mechanism or its termination. On Wednesday evening, Mikati reaffirmed, however, the end of the mechanism. And the reaction of BDL was not long in coming. The next day, it asked the banks, by WhatsApp message, to suspend the device “until further notice.”

In early July, an executive of a Lebanese bank received a phone call from the treasury department of Banque du Liban announcing the implementation of a new scheme to improve the purchasing power of judges. The mechanism was simple: the salaries in lira transferred by the Mutual Fund of the Judiciary for the month of June would be converted by the bank into "lollars" at the official rate...