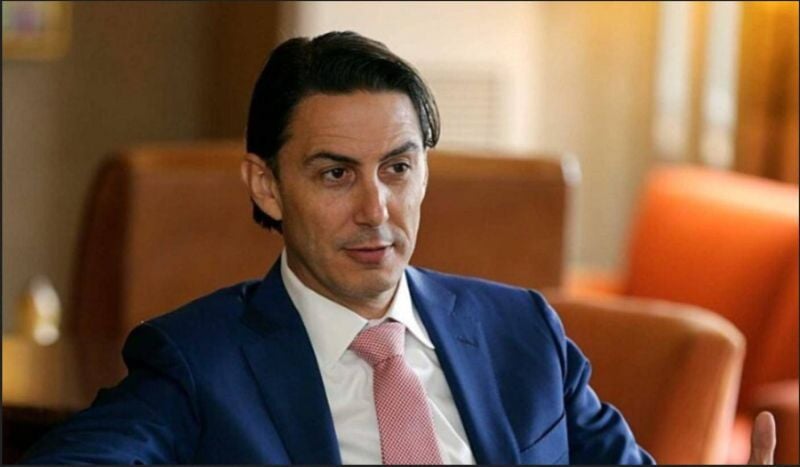 • On Wednesday, US assistant Secretary of State for Near Eastern Affairs Barbara Leaf said no measures had been taken by her country regarding accommodations around American sanctions against the Syrian regime to implement the projects, as no contracts with Syria had been signed. Hochstein indicated that definitive approval is pending the signature of the contracts.

• Hochstein is also acting as a negotiator in the maritime borders dispute between Lebanon and Israel. Lebanese authorities have indicated that they expect him to visit Lebanon between Sunday and Monday — as tensions escalate after a floating production, storage and offloading unit belonging to the London-listed power company Energean arrived in the disputed exclusive economic zone between Israel and Lebanon, with the aim of starting to drill in the Karish gas field on behalf of the Israeli state.

• “[Based on the information we had,] we have given [Lebanon] some comfort and pre-clearance to move ahead [and waive] the sanctions, but I want to be clear that that will be determined when the contracts are signed,” Hochstein told the Senate Foreign Relations Committee, adding that he is “in very consistent touch with all parties, hoping that we can get it there because a total collapse of Lebanon is not in the interest of any of the countries in the region or the United States.” Leaf had said Wednesday that the energy sector in Lebanon is bordering on collapse.

• The plans to import natural gas and electricity via Syria, supported by the US and first proposed in August 2021, would allow Électricité du Liban to increase its production capacity. Electricity outages are a regular occurrence across Lebanon, where the severe economic crisis has driven most residents below the poverty line. Despite announcements espousing progress in the import projects, they have yet to be implemented and their World Bank financing has yet to be approved. As for American support and the waiving of sanctions, dispute remains within Congress.

• “A difficult challenge in the talks will be crafting a deal that will avoid benefitting Syrian President Bashar al-Assad,” Hochstein said, envisioning a finalized contract with Syria in the next two weeks. The energy advisor went on to say that there is “unanimous view in the region” backing the projects, adding that “today, Lebanon only has about four to five hours of electricity per day. So, if we don't step into that breach, someone else will,” in what seem to be allusions to Iran.

• On Thursday, Hezbollah head Hassan Nasrallah said his party is “militarily and financially capable of preventing [Israel] from extracting [gas] from the disputed Karish field and all [Israel’s] measures will not be capable of protecting its floating platform.” Israeli Finance Minister Avigdor Liberman responded that “nobody has to tell us to extract the gas or not,” adding that “Israel will continue to make decisions, uniquely based on its interests and without regard to any threat.”

• Indirect negotiations between Lebanon and Israel had begun on the basis of Lebanese claims registered at the United Nations in 2011, in reference to decree 6433/2011 concerning an 860-square-kilometer zone delimited by “Line 23.” The negotiations were interrupted when the Lebanese delegation, then led by general Bassam Yassine, announced its intention to claim an additional 1,430-square-kilometer area delineated by “Line 29,” which bisects the Karish field. However, Lebanese authorities have not yet made the amendment of decree 6433 necessary to make the claim official, instead addressing an official letter to the UN stating that the Karish field is within a contested area and that Lebanon “holds to the respect of its offshore resources.”

• Lebanese authorities have still not been able to unify their positions on an international scale. Lebanese daily Al-Jumhouria claimed that President Michel Aoun and caretaker Prime Minister Najib Mikati will meet Saturday to propose a unified official Lebanese position to be related to Hochstein next week, which, according to presidential sources, will be verbal rather than written.

BEIRUT — The United States granted Lebanon “preclearance” Thursday to import natural gas from Egypt and electricity from Jordan via Syria despite Caesar Act sanctions, US Senior Advisor for Energy Security Amos Hochstein said.Here’s what we know:  • On Wednesday, US assistant Secretary of State for Near Eastern Affairs Barbara Leaf said no measures had been taken by her country...

Abiad: Recent medical aid from NGOs, rather than foreign governments