Before Lebanon can access promised funds from the International Monetary Fund, the country's leaders need to move forward on a number of measures as needed reforms stipulated by the IMF in its deal, which remains in its early stages. 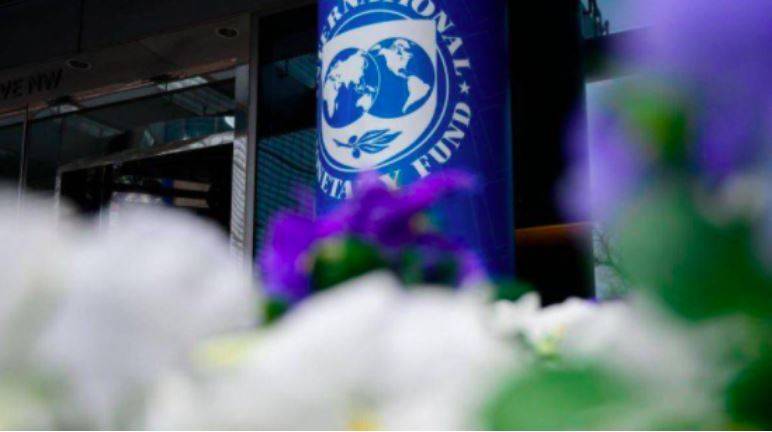 BEIRUT — Now that parliamentary elections have passed, Lebanon’s leaders will need to turn their attention back to tackling the country’s most pressing financial and economic issues.

While Prime Minister Najib Mikati's government has failed to deliver on some of its promises — such as moving quickly to pass a 2022 budget and sealing deals to increase the country’s electricity’s supply — it succeeded in putting forth a potential roadmap to steer the country away from the abyss, in the form of a deal with the International Monetary Fund.

Albeit the deal remains in its early stages and the promised funds, if received, would fall short of making a real dent on Lebanon’s dilapidated finances; officials hope that implementing the stipulated reforms would prove the seriousness of the country in shoring up its economy and would unlock further assistance from regional and international governments and organizations.

The agreement dictates the following measures as needed reforms before Lebanon can access the $3 billion over a 46-month period:

Parliament approving the 2022 budget. The budget is already five months late. Between the unrealistic forecasts for revenues and expenditures and the introduction of hefty taxes calculated at the Sayrafa rate – set at LL22,700 to the US dollar as of Friday against LL1507.5 for the official rate and LL27,500 on the parallel market— the budget’s review was bound to take time. However, the Finance and Budget committee is already halfway through. Initially, finance committee head Ibrahim Kanaan (FPM/Metn) had said that he expected the process to be complete before parliamentary elections, but the issues of the capital control law and the government plan for economic recovery took precedence.

According to the internal regulations of the Parliament, once the new Parliament is officially sworn in on May 22 the newly elected MPs will elect the Parliament’s bureau, which is composed of the speaker, the deputy speaker, two secretaries and three commissioners, within a period not exceeding 15 days. Then after a new government is formed, the new ministers will start collaborating with the parliament’s newly elected committees on the relevant files and legislations.

Meanwhile, the government is negotiating the restructuring of the country’s debt with creditors. Deputy Prime Minister Saade Chami and Finance Minister Youssef Khalil held a video conference last week to update Lebanon’s creditors on the IMF agreement. Chami indicated in the presentation that the foreign currency debt currently stands at $37 billion and that active negotiations with bondholders will only start after the IMF’s executive board gives its final approval to the deal.

According to Karim Daher, president of the Lebanese Association for Taxpayers' Rights (ALDIC) and tax lawyer Karim Daher, starting May 21 the government will be considered resigned and will be reduced to a caretaker status with limited decision making power. It may continue the follow-up with the discussions with the IMF as well as obtain technical assistance but may not commit or sign any agreement. So even if all the reforms are implemented in the next few weeks, Lebanon won't be able to sign a final agreement with the IMF until a new government is in place.

The government and Parliament must put in a place a strategy to restructure the banking sector. The government’s plan was met with stiff resistance by depositors, the private and banking sectors, and the MPs. The plan revealed that the government is planning to write off $60 billion in clients’ money and the only guarantee it will offer is $100,000 per account. Any additional balances will be converted to lira and bank shares.

Parliament must reform the bank secrecy law. The proposal with the suggested amendments was sent to Parliament on April 14. This should be the least controversial issue of the reforms package. In a previous comment to our sister publication L’Orient le Jour, Daher said that the draft law as it has been transmitted to Parliament is very complete; however it still requires certain adjustments to be fully operational.

The special purpose audit of the central bank’s foreign asset position must be completed. Chami said last week that the audit company KPMG is conducting the review and should provide its findings in June.

Finally the central bank must unify the different exchange rates, and the Parliament must pass a law governing implementation of formal capital controls.

A sixth version of the capital control draft law is currently being reviewed by the Parliamentary Joint Committee. However, several controversial articles remain. Protecting banks from ongoing and future legal disputes is one and another is the consolidation of power in one committee, composed of members seen as responsible for the country's demise; they include the prime minister, the central bank governor, and the finance minister among others.

Delays in naming a new Prime Minister and forming a new government — similar to the last cabinet formation process, which took 13 months to complete — will further complicate the reforms timetable at a time when the country can not afford the luxury of time and must act quickly before it runs out of options to stabilize the economy.

BEIRUT — Now that parliamentary elections have passed, Lebanon’s leaders will need to turn their attention back to tackling the country’s most pressing financial and economic issues.While Prime Minister Najib Mikati's government has failed to deliver on some of its promises — such as moving quickly to pass a 2022 budget and sealing deals to increase the country’s electricity’s supply...