Employment woes, another Salameh joins the fray and the return of subsidized housing loans: Your weekly financial news roundup 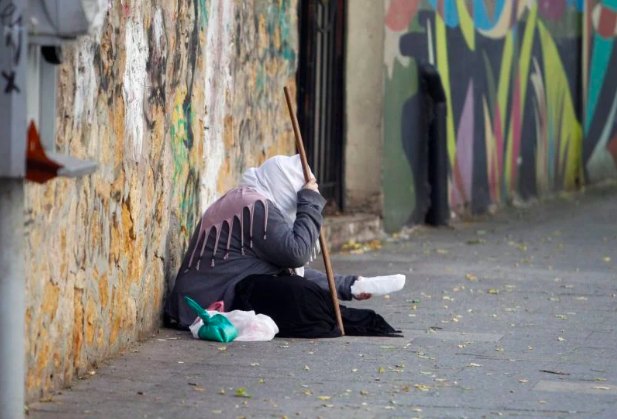 Holding parliamentary elections on May 15 was never a slam dunk. A pervasive distrust of the government ’s implicit motives continues to linger even until this moment. However, no matter if tomorrow’s results usher in the radical change everyone is hoping for, or not, rest assured the seeds — not the wheat kind — are being planted.

Comforting words, but there is far less comfort to be found in the reality of the situation in Lebanon. The results of a survey conducted in January showed that almost one-third of the country’s labor force is unemployed, and for the remaining two-thirds, monthly earnings averaged just LL2.3 million, or $85 when calculated at the current parallel market rate. Income was slightly higher for employees with a university degree but not by much; average wages for this population climbed to LL3.8 million or $140. In addition, some 83 percent of households said they cannot live without any income even for one month.

What is more troubling is the fact that more than half of those surveyed aged 15 years and above expressed a desire to emigrate. The percentage is even more alarming among the 15-24 age group, at 69 percent. These numbers should come as no surprise.

But at least we will not starve to death or go homeless any time soon.

The World Bank has approved a $150 million emergency loan to import wheat into Lebanon. The quantity should last seven to eight months, before the time comes to harvest the wheat on our balconies.

And, Banque de L’Habitat, 20 percent of which is owned by the public sector and 80 percent by the private sector, will relaunch subsidized housing loans in 40 days. The loans will have a ceiling of LL1 billion, equivalent to $37,000 at the parallel market rate. They will be denominated in the national currency and will constitute a contribution of 80 percent of the total price of the house.

Basic math: using US dollars for simplicity’s sake shows that an apartment valued at $46,000 —if you can find one — will require a down payment of $9,000, and $37,000 from a mortgage loan. Monthly payments over 30 years will be approximately $200, or LL5.4 million. So far so good, but if we refer to the statistics published by the Central Administration of Statistics, then we realize that the income for an employee with a university degree averages LL3.8 million, or 30 percent lower than the required monthly payment. This goes to show that owning a house is still out of reach for most Lebanese.

In the meantime, Deputy Prime Minister Saade Chami and Finance Minister Youssef Khalil went on a charm offensive on Wednesday hoping to convince the country’s creditors to cut Lebanon some slack on the $37 billion it owes. More than two years have passed since former Prime Minister Hassan Diab declared that the country would default on its debt, and creditors have been patiently waiting. Judging by the pace of progress in implementing the reforms required by the International Monetary Fund, they will probably have to wait another two-to-three years before they see one cent.

In what could be the beginning of the end, or simply the end of the beginning, for the Salameh saga, Riad’s brother Raja has finally posted bail, but not before the amount was further reduced to LL100 billion. A judge also froze 40 of his properties and banned him from travel. We were concerned for a second about whether the bail payment would need to be made in banknotes, but we got confirmation that a banker’s check would suffice. Maybe raising such a substantial amount was the main reason behind the lira check to cash lira discount, tightening to 30 percent from 38 percent.

The latest maneuver by the elder Salameh proves that there is no love lost between him and the Association of Banks in Lebanon. In a recent letter addressed to Salim Sfeir, chairman of ABL, in response to the association’s inquiry about the banks’ deposits with the central bank, Salameh explains that it is up to the central bank to decide on the required reserves and their use. In addition, the letter specifies that the central bank can repay the reserves in lira at the official rate. In other words, Salameh is telling the banks to get lost.

Another Salameh has joined the fray. According to an investigation done by Riad Kobaissi and two journalists from the Organized Crime and Corruption Reporting Project, Tom Stocks and Rana Sabbagh, Riad Salameh’s son Nady Salameh allegedly transferred over $6.5 million abroad between Oct. 1 and Dec. 2, 2019. The documents in possession of the investigative journalists show that the transfers were made from Nady’s accounts at AM bank.

Documents also allegedly show that Nady was able to convert large amounts of lira to US dollars at the official rate as the value of the lira collapsed.

Before we sign off, we would like to add our voice to the many condemning the recent death of Palestinian-American Al Jazeera journalist Shireen Abu Akleh. Abou Akleh was shot in the head by Israeli forces while wearing a vest clearly marked “Press” and standing with a group of other journalists, as she was reporting on the Israeli army raids in Jenin in the occupied West Bank.

Holding parliamentary elections on May 15 was never a slam dunk. A pervasive distrust of the government ’s implicit motives continues to linger even until this moment. However, no matter if tomorrow’s results usher in the radical change everyone is hoping for, or not, rest assured the seeds — not the wheat kind — are being planted.Comforting words, but there is far less comfort to be...