Lebanon has benefited from a package of 50 million Kuwaiti dinars (nearly $163 million) obtained from the Arab Fund for Economic and Social Development. 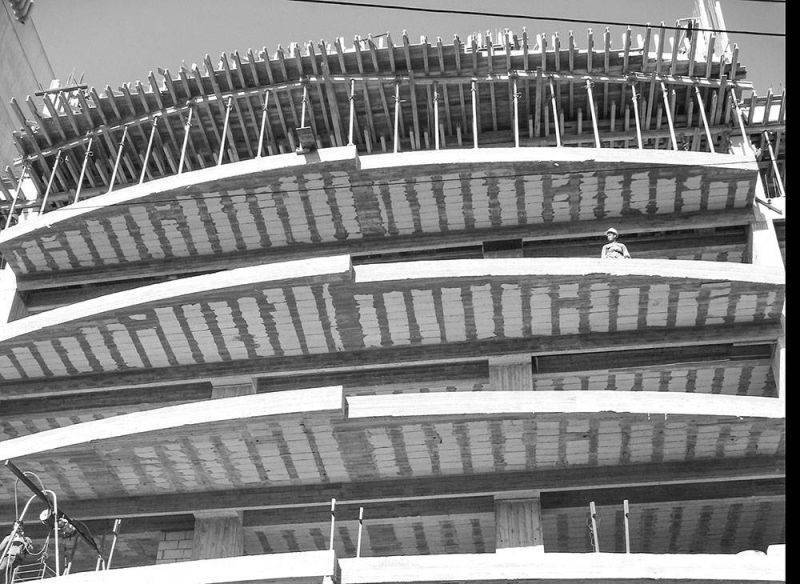 While subsidized loans dedicated to the purchase, construction and reconstruction of homes in Lebanon have been at a standstill for more than three years, the Banque de l’Habitat, an institution specialized in granting real estate loans, is about to relaunch them.

This is good news for the Lebanese, whose purchasing power has been undermined by the economic and monetary crisis that began in the summer of 2019, where the Lebanese lira lost more than 90 percent of its value and banking restrictions have blocked access to bank deposits, mainly those in foreign currencies.

Antoine Habib, CEO of the Banque de L’Habitat since February 2022, told L’Orient-Le Jour that the subsidized loan program will be reactivated in 40 days and will be reserved only for “low- and middle-income Lebanese.”

“Only individuals or households whose monthly income is between LL6.75 million (10 times the minimum monthly wage, which is still equivalent to LL675,000) and LL20 million will be eligible for these loans,” which will be spread over a maximum period of 30 years, with an interest rate of 4.99 percent.

The amount of the loan will be calculated according to this budget, with monthly payments not exceeding one third of the monthly salary.

With a ceiling of LL1 billion, equivalent to $37,000 at the parallel market rate (which has been trading at around LL27,000 to the dollar yesterday), these loans will be denominated in the national currency and will constitute a contribution of 80 percent of the total price of the house.

Buyers will have to ensure the remaining 20 percent themselves, an amount that will then be paid as a down payment.

Other conditions are imposed to secure the loan, notably the housing unit to be purchased or built cannot exceed an area of 120 square meters and cannot be located in the city.

In order to distinguish between cities and villages, Habib explained that his team will refer to the classification established by the Interior Ministry in this regard.

In addition, only candidates who do not own a house will be selected.

According to Habib, these criteria are in line with the mission of the Banque de L’Habitat “to help people stay in their villages and reduce rural flight.”

At the same time, and with the same objective in mind, the bank is also preparing to launch subsidized loans for the renovation of damaged homes located in these villages.

Capped at LL400 million (or less than $15,000 at the parallel market rate), loans will be repayable over a period of 10 years, also with an interest rate of 4.99 percent.

In addition to the loans dedicated to financing housing and amid the extreme rationing of electricity by Electricité du Liban (EDL), the Banque de l'Habitat also plans to launch, in partnership with the Ministry of Energy and Water, a subsidized loan program for the installation of solar panels.

Also expected to be introduced in 40 days, these loans will help to ensure that households have some energy independence.

They will be capped at LL75 and LL150 million, depending on the capacity of the photovoltaic systems installed (5 and 10 amps respectively).

Like housing loans, these amounts will also represent 80 percent of the total bill, with the applicant paying for the remaining 20 percent.

The loan will be spread over a period of five years, with an interest rate of 4.99 percent. Notably, households having obtained a subsidized housing loan will also be eligible for the [energy] credit.

All of these loans will be financed from a line of credit of 50 million Kuwaiti dinars, or nearly $163 million, obtained from the Arab Fund for Economic and Social Development (AFESD).

Announced in March 2019, this agreement was only approved by Parliament on May 28, 2020, following “political differences” regarding a possible reallocation of the allocated funds, according to the explanation of the former CEO of the Banque de L’Habitat, Joseph Sassine. Sassine announced in December 2020 the resumption of the loan program.

At the time, he explained to L’Orient-Le Jour that “Banque du Liban (BDL) will gradually receive these amounts in dollars when the requests are approved, before transferring them to us in Lebanese lira at a rate of LL3,900 to the dollar, which is a way to boost [the bank’s] foreign exchange reserves.” At the time, the Lebanese lira was trading at a little over LL8,000 to the dollar.

The mechanism adopted this time is very similar to the one already put in place a year and a half ago.

While the BDL is still the one that will receive this budget from AFESD and will release its equivalent to the Banque de L’Habitat in Lebanese lira, the exchange rate has not yet been determined.

According to Habib, BDL “will carry out these operations gradually as the applications roll in either at the rate of the Sayrafa platform, or at another rate that it will designate later and which would be close to that in force on the parallel market.”

Commenting on the reasons behind the housing bank’s suspended program in late 2020, Habib said that this was mainly caused by the many disputes between Lebanon and the Gulf countries, which eventually culminated with the departure of Arab ambassadors from Beirut including the Kuwaiti ambassador, at the end of October 2021.

The situation appears to be resolved now, as both the Saudi and Kuwaiti ambassadors returned to Beirut in early April.

It should be noted that the Banque de L’Habitat, which was established in 1977 with a capital, of which 20 percent is owned by the public sector and 80 percent by the private sector (commercial banks, insurance companies and investors), has nothing to do with the Établissement public pour l’habitat (EPH).

The latter is a public institution created at the end of the 1990s and whose mission is to adjust the cost of credit taken out by the most modest households with commercial banks.

While subsidized loans dedicated to the purchase, construction and reconstruction of homes in Lebanon have been at a standstill for more than three years, the Banque de l’Habitat, an institution specialized in granting real estate loans, is about to relaunch them.This is good news for the Lebanese, whose purchasing power has been undermined by the economic and monetary crisis that began in the...