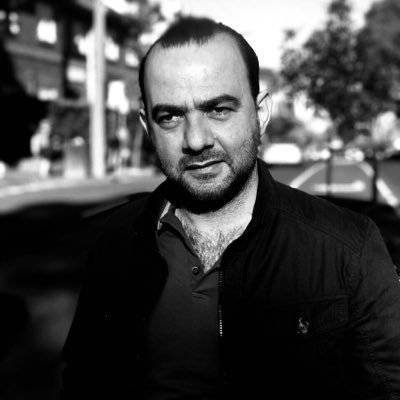 Bassel Aridi, one of two Lebanese journalists who were terminated from German news outlet Deutsche Welle over tweets they made. (Credit: @basselaridi/Twitter)

BEIRUT — Two Lebanese journalists are said to have been terminated from their jobs with German broadcaster Deutsche Welle yesterday after a 2-month investigation, which concluded that five of the media outlet’s Arab journalists posted “antisemitic” content on their private social media accounts.

• While the public state-owned international broadcaster, which is available in 30 languages, including Arabic, has not released any of the names of the journalists who were reportedly fired, other media outlets have named the two Lebanese journalists as Bassel Aridi, Deutsche Welle’s now-erstwhile Beirut bureau chief and veteran journalist who previously worked at local Lebanese TV station Al Jadeed as a senior news reporter and documentary producer for 10 years, and Daoud Ibrahim, journalist and now former freelance media trainer at Deutsche Welle.

• DW also cut off relationships with partner media organizations in the Arab world, including Lebanon's Al Jadeed TV, which was the first to report yesterday that Aridi had been fired. Ibrahim meanwhile told L’Orient Today that he was informed his contract would not be renewed.

• Meanwhile, Deutsche Welle posted a statement on its website reaffirming a December statement that five journalists had been temporarily suspended. The broadcaster did not offer any comment on either the termination or nonrenewal of the journalists’ contracts.

• According to local Lebanese media outlets, Aridi was fired for a since-deleted response tweet he wrote in 2014 in which he accused those collaborating with Israel of being traitors who should be hanged. Aridi didn’t join Deutsche Welle until 2019. Lebanon has been officially in a state of war with Israel since 1948 and any collaboration with Israel or Israelis is considered illegal. Aridi has not publicly commented on his termination.

• Ibrahim told L’Orient Today on Monday evening that he was “shocked” when he was told a now 10-year old tweet in which he wrote “The Holocaust is a lie #FreedomOfSpeech" inspired a report by German daily Suddeutsche Zeitung on alleged antisemitic statements by DW Arab staff, which led to a two-month investigation by DW into the claims. While Ibrahim says he contextualized his tweet on Twitter at the time and has since explained to reporters and DW colleagues that he was merely trying to call out “the well-known double standard when it comes to freedom of speech” while insisting that he did not actually agree with the tweeted statement, he says was still fired.

• A report published Monday by Deutsche Welle concludes that, while there was “no structural anti-Semitism and, in principle, no anti-Semitic tendencies in Deutsche Welle's Arabic editorial team,” for which four of the five journalists worked, the suspensions were “justified.” When contacted by L’Orient Today, Deutsche Welle’s corporate spokesperson declined to comment beyond referring back to the broadcaster’s statement.

• Reports of the journalists’ terminations were met with significant backlash on social media, with many accusing DW of showing bias towards the Israeli side and conflating criticism of Israel with antisemitism. Others called for a boycott of the German broadcaster.

• One particular paragraph in the DW’s 56-page report states that “When criticism is selectively applied to Israel, when Israeli actions, for example military, are fundamentally evaluated differently than the (para)military actions of other actors, such as the Palestinians, then double standards are applied. If Israel alone is singled out by the UN for human rights violations, while the behavior of known violators such as China, Iran or Syria tends to be ignored, double standards are applied, then that is anti-Semitism.”

• According to a EuroMed Human Rights Monitor report, last May, during Israel’s fourth major Gaza Strip offensive, DW disseminated an internal two-page reporting guide to its journalists that forbids them from making any connection between the state of Israel and colonialism, or to use the term apartheid.

BEIRUT — Two Lebanese journalists are said to have been terminated from their jobs with German broadcaster Deutsche Welle yesterday after a 2-month investigation, which concluded that five of the media outlet’s Arab journalists posted “antisemitic” content on their private social media accounts.Here’s what we know:    • While the public state-owned international...

Migrants from Lebanon destined for Italy are transferred to Greece: video