No holiday dollars yet 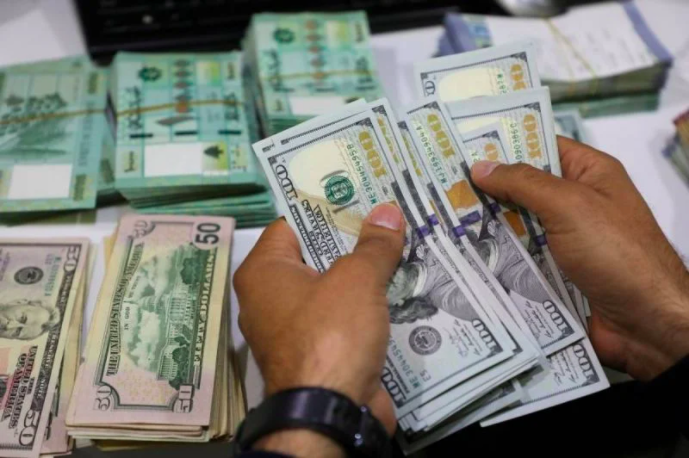 So far, it seems that last week’s release of Circular 161 has had a calming effect on the national currency. (Credit: Mohamed Azakir/Reuters)

BEIRUT – Banque du Liban’s newly released Circular 161 raises more questions than it answers, according to bankers interviewed by L’Orient Today. The announced measure, under which commercial bank account holders may withdraw US banknotes from their dollar and lira deposits, is being delayed by a lack of specifics about its implementation.

Branch staff told L’Orient Today they are still awaiting instructions from management, and senior managers said they are still expecting further details to emerge from the central bank or from the Association of Banks in Lebanon. Most banks contacted estimate that they will not be ready to implement the circular before January 2022.

Since the advent of the financial crisis, the central bank has been supplying commercial banks with a monthly quota of Lebanese lira. The goal was to limit a rapid increase in the monetary base, an undesired result that would lead to a rapid rise in inflation with all of the ensuing negative consequences.

From August 2019, when the first cracks in the markets started to show, until the end of November 2021, money in circulation rose by 615 percent, inflation more than sextupled (measured until October 2021) and the lira lost 95 percent of its value from its peg at LL1507.5 to the US dollar.

Circular 161 states that every bank will be eligible to receive in US dollars — not lira — its remaining quota for the month of December. The amount in US dollars will be calculated by dividing the bank’s remaining lira quota by the prevailing Sayrafa rate for the day (it closed Friday at LL22,400 to the US dollar).

In turn, banks will supply clients with US dollars purchased from the central bank at the Sayrafa rate. Meaning, if a client is withdrawing cash from their account, irrespective of whether the account is denominated in Lebanese lira or dollars, the client will receive US dollar banknotes and these banknotes will be courtesy of the central bank. In the event the client still wishes to receive Lebanese lira, then he must notify his bank in writing.

A source at BLOM Bank explained that US dollar withdrawals will probably be subject to the same cash withdrawal ceilings imposed by banks on so-called “lollar” and lira withdrawals. So, if a lollar account has a monthly conversion limit of 3,000 lollars at LL8,000 to the US dollar for a total of LL24 million, only LL6 million out of the total can be withdrawn in cash. The remaining LL18 million would then be transferred to a lira account which can be accessed either by using a debit card or by writing a check.

Under the above scenario, only the portion of cash that can be withdrawn (LL6 million) will be eligible to be taken in US dollars, yielding $267 in this case after the lira amount is divided by the Sayrafa rate. For withdrawals from the lira accounts the same calculation will apply.

Another banker at BEMO Bank teased that the math may seem straightforward, but the devil is in the details. “It is the holidays, most banks have already used up their quotas. How will their clients receive their allotted US dollars, and what will happen to clients who already withdrew their allocated limit in lira for the month? Will there be a retroactive mechanism, whereby they deposit the withdrawn lira and receive US dollars in return?” he mused.

“The circular will create an uneven playing field for clients of banks with different levels of unused quotas,” he added.

Also important is the question of the order in which clients will be served. US dollar banknotes will be in limited supply, and bankers who spoke to L’Orient Today couldn't say whether they will be distributed on a first come first served basis, or under a more rationed approach. Critics remarked that once again banks will hold all the power in dealing with depositors and that personal relationships will probably be one of the main factors in determining who will receive the coveted dollars.

Most of the bankers contacted also raised concerns about how their counters will deal with the anticipated influx of clients. Recently, most withdrawals have been redirected to ATMs, and banks have been closing branches to account for the drop in business activity.

A banker at Bank Audi said that commercial banks, through ABL, are working with the central bank to iron out the details of the circular and to put the proper mechanisms in place to ensure smooth disbursement of US dollars, and that more details will be communicated in the next few days.

From his side, central bank Gov. Riad Salameh commented on Circular 161’s benefits during a call-in to a television show, saying that the intended goals for the circular are threefold: to stem the lira’s plunge in value, to inject the market with dollars and to reduce the supply of lira. He added that public sector employees will also be paid in US dollars at the Sayrafa rate. This should preserve the purchasing power of consumers until there is an agreement in place between Prime Minister Najib Mikati’s government and the International Monetary Fund.

According to Deputy Prime Minister Saade Chami, a preliminary agreement with the fund should be reached between January and February. Salameh concluded that the deadline of Circular 161 can and will probably be extended.

So far, it seems that last week’s release of Circular 161 has had a calming effect on the national currency, with trading confined to a tight range between LL26,500 and LL27,500 to the US dollar on the parallel market. Nevertheless, the central bank’s balance sheet showed on Dec. 15 a drop of $150 million in foreign currency holdings from just two weeks ago.

For 2021, $7 billion in foreign currency has already left the coffers of the central bank, leaving it with $13 billion, a third of what it held two years ago. “We don’t need to search very hard for a reason why the LBP keeps getting weaker”, finance professional Mike Azar said in a tweet.

BEIRUT – Banque du Liban’s newly released Circular 161 raises more questions than it answers, according to bankers interviewed by L’Orient Today. The announced measure, under which commercial bank account holders may withdraw US banknotes from their dollar and lira deposits, is being delayed by a lack of specifics about its implementation. Branch staff told L’Orient Today they are still...