Here's what happened over the weekend and what to expect today, Tuesday, Nov. 23, and this week 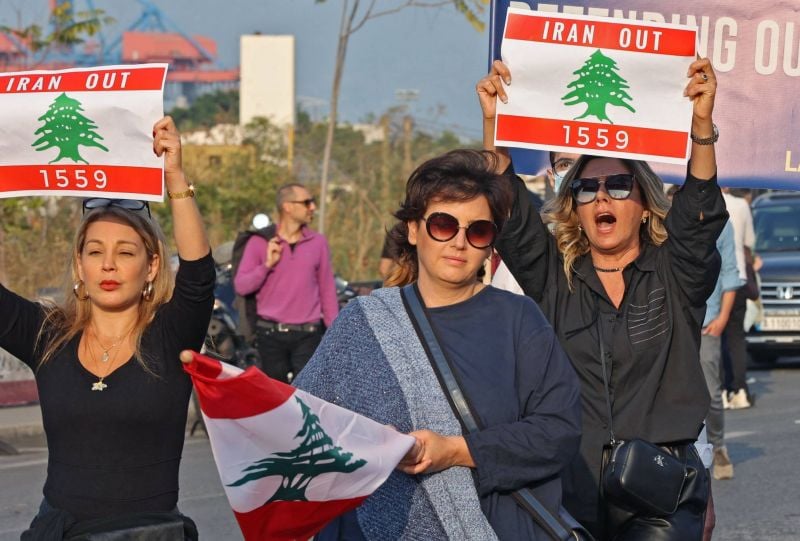 Opposition groups suffered a setback, as party-backed candidates swept Beirut Bar Association elections. After winning the majority of seats at the Order of Engineers and Architects election, no opposition candidate was able to claim victory at the Beirut Bar Association polls Sunday. All nine vacant council seats were won by traditional political party-backed candidates, while four went to the runoff for the president’s post: Alexander Najjar, Abdo Lahoud, Nader Gaspard and Wajih Massad. During the second round of voting, Najjar (backed by Kataeb) dropped out of the race. Sources close to him said it had to do with his political backers changing direction. In the second round, lawyers from the Free Patriotic Movement, the Future Movement and the Amal Movement backed Nader Gaspard for president of the Beirut Bar Association, who won after receiving 1,530 votes. His nearest competitor, Abdo Lahoud, supported by the Lebanese Forces, received 1,035 votes.

Lebanon commemorated 78 years of independence yesterday amid compounding social, economic and political crises. President Michel Aoun attended a military parade held on the occasion at the Defense Ministry in Yarzeh, outside Beirut, after last year’s official state celebrations were canceled due to the COVID-19 restrictions in place at the time. In his address to the nation on Sunday, Aoun said Lebanon’s Independence Day comes while the country is in the midst of a “a sea of successive crises that prevent us from celebrating joyfully, but do not keep us from living its meanings.” In his speech, Aoun distanced himself from the positions of Information Minister George Kurdahi and Hezbollah and noted that he was trying to re-establish relations with Gulf countries in an effort to solve the diplomatic crisis. The president also noted his keenness in continuing the port blast investigation as well as demarcating the maritime southern border so that natural gas exploration can continue. Prime Minster Najib Mikati, in his own speech the next day, caused a stir after comparing Lebanon’s Independence Day to a “divorced woman celebrating her wedding anniversary,” expanding on the metaphor that “if she had remained understanding until her last day in the marriage, she wouldn’t be divorced.” Later in the afternoon, several hundred activists from civil society groups held their own Independence Day march on Charles Helou Highway, overlooking the site of the port explosion. Before the procession started, a metal statue of the Lebanese flag was unveiled with the slogan at the bottom saying "People, Army, Justice" a play on the words of the Hezbollah slogan “People, Army, Resistance.”

Voter registration for Lebanese residing abroad came to an end Saturday night, with 244,442 members of the diaspora signing up to vote in the 2022 parliamentary elections, according to the latest tally. A campaign encouraging Lebanese abroad, whose votes will be counted between all 128 seats up for grabs, to register has been underway for weeks. L’Orient Today reported Friday that a number of Lebanese expatriates in several countries were contacted by political parties shortly after registering to vote, raising concerns about data privacy regarding the registration process. The date of the elections has become a contentious issue, with Aoun saying last week he would not sign a decree to hold them on March 27, as voted for by Parliament. Aoun insisted that the elections should be held either May 8 or 15, days before the Parliament’s mandate ends on May 22. The Free Patriotic Movement, which is led by Aoun’s son-in-law MP Gebran Bassil, has filed an appeal with the Constitutional Council against amendments to the electoral law to move the elections up to next March. L’Orient-Le Jour reported that several political parties have broached the idea of delaying the vote until after the presidential elections, set for October 2022, to allow the current Parliament to decide on Aoun’s successor.

The prime minister said Friday he would “soon” call for the cabinet to meet again, following five weeks of government inaction due to a political row over the investigation into the 2020 Beirut port explosion. In a statement, Najib Mikati said that the cabinet has more than 100 items on its agenda, including the draft budget and “required reforms” needed to unlock International Monetary Fund aid. The prime minister also said that the cabinet was looking to tackle social assistance, amid increasing prices due to subsidy cuts on fuel and medicine. Lebanese authorities have failed to move forward on a cash assistance “ration card” as well as a separate direct cash transfer program slated to be funded by the World Bank’s Emergency Social Safety Net loan. The cabinet has not been able to meet since Oct. 12, with Hezbollah and the Amal Movement calling for it to first take action regarding Judge Tarek Bitar’s investigation into the Beirut port blast, which the parties claim is a politicized probe. After Independence Day celebrations, Aoun, Mikati and Parliament Speaker Nabih Berri held a meeting to discuss the cabinet's stalemate. Berri had nothing to say to reporters about the continued political deadlock except for “God willing, it will be fine” as he was leaving the Presidential Palace. Meanwhile, Mikati said the officials had held a “serious dialogue, and God willing, it will lead to good.”

Following last week’s medicine price hike by the Health Ministry, the head of Parliament’s health committee warned that 70 percent of Lebanese could no longer afford to buy medicine. MP Assem Araji (Future Movement/Zahle) announced this figure after his committee met with Mikati to discuss the latest subsidy cuts. Pharmacies across the country have raised their prices on medicine following the Health Ministry’s latest decision, raising fears over how cash-strapped Lebanese could acquire increasingly unaffordable medicine.

The Military Court has sentenced five out of nine suspects involved in a case related to the Aug. 15 gas tanker explosion in Tleil, Akkar. Three of the defendants were accused of being involved in smuggling fuel and other subsidized goods to Syria, while six others, who are military personnel, were accused of accepting bribes to facilitate this transaction. Sentences included hard labor and penalties ranging from LL7 million to LL200 million for five of the accused. Four other defendants were found not guilty. The explosion claimed the lives of 36 people and injured dozens. A separate investigation is ongoing in a civilian court into the cause of the explosion, which took place amid a chaotic late-night distribution of a hoard of fuel that had been discovered by the Lebanese Army on a local businessman’s property.

Several parliamentary committee meetings are scheduled to take place this week. They include the Administration and Justice Committee, set to meet today to discuss building permit fee exemptions, a joint parliamentary committee meeting Wednesday to discuss studying a law to renovate Oscar Niemeyer’s Rachid Karami International Fair in Tripoli, and the Economy, Trade, Industry, and Planning Committee on Thursday, set to look into the challenges the industrial sector is facing.

Opposition groups suffered a setback, as party-backed candidates swept Beirut Bar Association elections. After winning the majority of seats at the Order of Engineers and Architects election, no opposition candidate was able to claim victory at the Beirut Bar Association polls Sunday. All nine vacant council seats were won by traditional political party-backed candidates, while four went to the...

Saudi, French leaders strike deal over Lebanon, capital controls back on the table, Parliament to meet:...