Here’s what happened over the weekend and what to expect today, Monday, Oct. 4 and this week 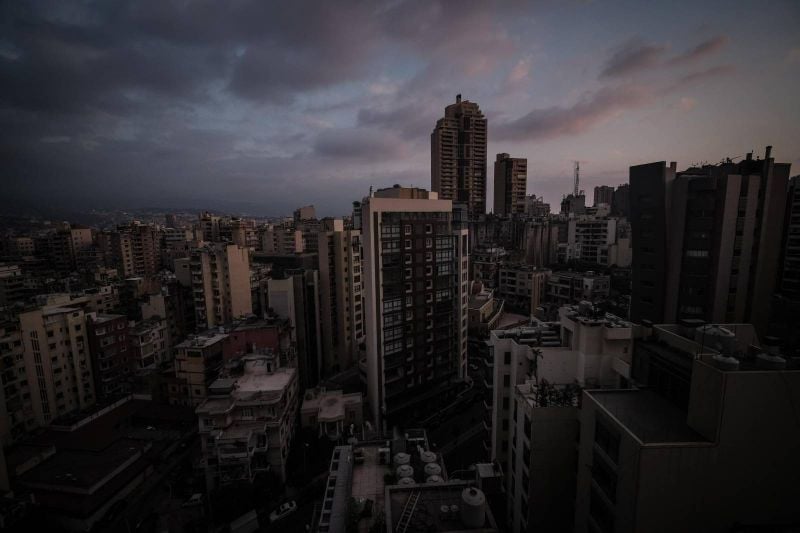 Despite the arrival of a second shipment of fuel oil provided under Lebanon’s deal with Iraq, Electricité du Liban warned yesterday that its grid could go offline at any time due to infrastructure challenges and shortages of fuel needed to run power plants. In a statement, the state power provider, which for months has failed to supply much more than an hour or two of power per day on a rolling basis across the country, acknowledged that a nationwide outage had occurred on Saturday. The blackout came after two floating power plants leased from Karpowership, a subsidiary of Turkish operator Karadeniz Holding, ceased providing electricity on Friday when their contract expired, effectively taking a quarter of Lebanon’s power production offline. Zouk power station then exhausted its stocks of category A fuel, disabling it from generating power. “This caused the total production to drop below the 500MW threshold [necessary to allow the grid to generate electricity], prompting the company to operate the Zahrani and Deir Ammar plants at full capacity, for a short period, in order to increase total production a little and to stabilize the network as much as possible, but this accelerated the pace of consumption of their fuel stocks,” EDL’s statement explained. An EDL spokesperson told L’Orient Today that Saturday's countrywide blackout lasted eight hours. However, the day-to-day dearth of state power means it will have passed unheeded by many residents. Prime Minister Najib Mikati is set to discuss the impacts of the economic crisis on public utilities in a meeting this afternoon.

Several top Lebanese political and financial figures’ use of offshore tax havens is revealed by the International Consortium of Investigative Journalists’ scrutiny of the biggest ever leak of offshore data. The so-called Pandora Papers — some 12 million documents from 14 firms that the ICIJ released yesterday evening — show that Prime Minister Najib Mikati, his predecessor Hassan Diab and the country’s central bank governor Riad Salameh have all embraced offshore havens. Former minister and chairman of Al Mawarid Bank Marwan Kheireddine also appears in the papers. ICIJ reports that when contacted, neither Kheireddine nor Diab responded to requests for comment, while Salameh replied in writing that he declares his assets and is compliant with reporting obligations under Lebanese law. Mikati’s son, Maher, is quoted as saying it is common for people in Lebanon to use offshore companies “due to the easy process of incorporation” rather than a desire to evade taxes. ICIJ’s Lebanon-based media partner Daraj, meanwhile, highlights that Lebanon, with 346 companies, tops the list for the country with the most offshore companies formed through the firm Trident Trust, from which around 3 million of the documents were leaked. British companies, at 151, were the second most common.

Rafik Hariri University Hospital staff and nurses will begin an open-ended strike today, a hospital spokesperson told L’Orient Today. The employees’ are taking the action to demand a three-month advance on their salaries to serve as “material assistance” in the face of Lebanon’s economic crisis, 30 percent payment in US dollars and payment for all overtime worked. The employees wrote in a statement that “if the administration and relevant ministries do not respond,” they will “escalate until the demands are achieved.” In parallel, the Saida Governmental Hospital staff committee has called for a protest today in front of the facility’s emergency entrance. According to a statement, staff at the Saida hospital began striking four days ago to denounce “delayed salary payments.” The hospital workers are expecting a response from the Health Ministry and the hospital administration today. The strikes come as hospitals grapple with the rising cost of fuel; electricity, drug and equipment shortages; as well as an exodus of highly qualified medical staff from the country.

Lebanon’s new energy minister is set to visit Egypt and Jordan to finalize discussions on a deal that seeks to provide Lebanon with natural gas to operate its power plants. An EDL spokesperson told L’Orient Today that Walid Fayyad will visit Cairo and Amman this week to complete talks in preparation for the signing of agreements to facilitate the deal, which entails Lebanon, Jordan, Syria and Egypt cooperating to supply Lebanon with Egyptian gas through a pipeline — sections of which are in need of repair — that passes through the countries. Fayyad had communicated progress on the plan to US Ambassador to Lebanon Dorothy Shea on Friday and thanked her as a representative of the US for easing the obstacles imposed by the Caesar Act on importing gas through Syria. The plan is part of a US-coordinated initiative with Egypt and Jordan to alleviate the electricity crisis in Lebanon. In August, Shea indicated that negotiations with the World Bank for financing the project were underway.

The cancelation of a theatrical production on Saturday prompted the actors to protest by performing the play in front of the Masrah al-Madina theater in Hamra, where the performance was scheduled to take place. According to our sister publication L’Orient-Le Jour, on Saturday evening, spectators who were scheduled to attend the second and final performance of the musical performance “Tenfiseh” at the theater were informed of its cancellation. The production was suspended because it had not received a permit from General Security, which reviews public theater productions prior to their release. While some alleged that the play was targeted because it reportedly contained language considered insulting to President Michel Aoun, General Security and the director of Masrah al-Medina both described it as a technical issue. However, others pointed out that the system of requiring prior permission from the government for artistic productions is, in itself, censorship.

The families of the victims of the Aug. 4, 2020, Beirut port blast have called on Lebanon’s residents to join them at the port this evening for their monthly gathering to commemorate their loved ones and call for accountability for the catastrophic explosion. At 5 p.m. participants will gather in front of Gate No. 3 to the Beirut port, where a statement from the families’ committee will be read, demanding “truth and justice” and for the investigation into the explosion to be protected from politicization. The call follows the suspension last week of the investigation after the judge leading it received formal notification of a dismissal case against him filed by MP and former Interior Minister Nohad Machnouk.

Want to get the Morning Brief by email? Click here to sign up. Despite the arrival of a second shipment of fuel oil provided under Lebanon’s deal with Iraq, Electricité du Liban warned yesterday that its grid could go offline at any time due to infrastructure challenges and shortages of fuel needed to run power plants. In a statement, the state power provider, which for months has failed...