Here’s what happened over the weekend and what to expect today, Monday, Sept. 27, and this week 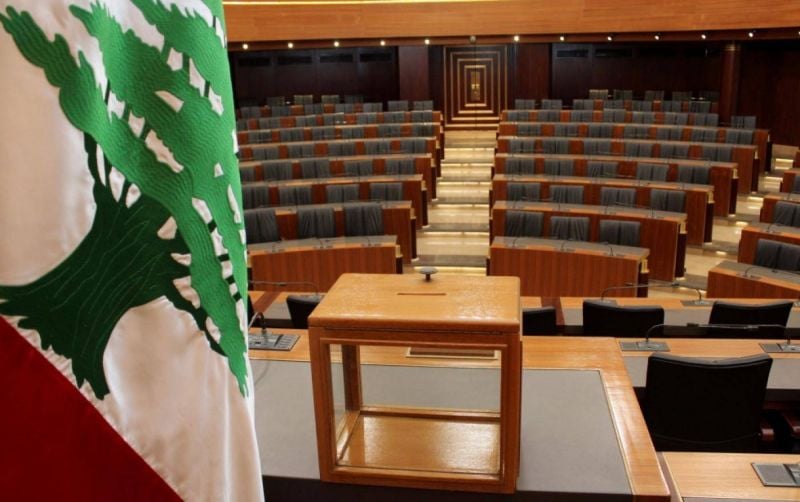 Officials are reportedly considering moving the 2022 parliamentary elections up to March to avoid campaigning during Ramadan. (Credit: AFP)

Rumors abound in local media and in political circles that parliamentary elections, reportedly scheduled for May 8, could be moved up to March 27. The mooted date change is ostensibly in order to avoid campaigning during Ramadan, which will fall in April. On Sunday MP Mohammad Raad (Hezbollah/Nabatieh) stated that the parliamentary blocs had reached a consensus on the March date. Interior Minister Bassam Mawlawi had said last week that elections could take place earlier than the scheduled date provided that the relevant laws and deadlines are amended. One of the most important considerations in the date change will be the impact on the fast-approaching diaspora vote. The upcoming elections are set to be the first to feature six MPs dedicated to the diaspora, although that could change if Parliament amends the electoral law.

Judge Tarek Bitar is set to forge ahead in the port explosion investigation this week despite pushback from the political establishment. From today to Friday, Bitar is scheduled to interrogate the former army intelligence head Camille Daher, former army commander Jean Kahwagi, MP and former Finance Minister Ali Hasan Khalil, MP and former Public Works Minister Ghazi Zeaiter, MP and former Interior Minister Nouhad Machnouk and two former military intelligence officers, Jawdat Ouiedat and Ghassan Gharzeddine. However, it is unclear whether any of them will show up for questioning or whether they will go the way of other officials and refuse to show up. Meanwhile, lawyers for Machnouk as well as ex-Public Works Minister Youssef Fenianos have filed complaints in two separate courts asking that Bitar be removed from his post. Bitar is the second judge to take on the port investigation case, after the first was successfully removed following politicians’ complaints.

The government will take a firmer stance against price manipulation by fuel distributors, two ministers promised on Sunday. Energy Minister Walid Fayad and Economy Minister Amin Salam issued a joint statement promising that they are “in the process of taking urgent procedural measures” against fraudsters, starting with cutting off fuel deliveries to distributors who violate the official rate and possibly taking legal action against them. Official fuel prices have already increased significantly in recent weeks without price gouging, as the government gradually ends subsidies. On Wednesday the official price of 20 liters of gasoline broke the LL200,000 mark, while the cost of the same amount of diesel rose to LL162,700.

Less than 24 hours before classes were set to resume, the education minister announced a two-week delay in reopening public schools. The decision was made last night “to continue the constructive dialogue with the representatives of the teachers,” according to Abbas Halabi’s official statement. Teachers, like many workers in Lebanon, have been faced with a cost of living crisis following their salaries’ depreciation, and say they are struggling to gas up to commute to work. Students, meanwhile, have had their education disrupted by the country’s multiplicity of crises and the global COVID-19 pandemic. Most private schools have already resumed classes, our sister publication, L’Orient-Le Jour, reports. The public school year’s new start date is Oct. 11.

Prime Minister Najib Mikati ended his first week in office in Paris on Friday, where he met with French President Emmanuel Macron. Mikati told reporters he had come to the French capital to assure Macron that his new cabinet is committed to reforms, a precondition for international financial aid to Lebanon. Mikati then traveled to London on Saturday, where he met with the British secretary of state for the Middle East to discuss the governments’ plans to put Lebanon on a path to economic recovery. Mikati’s cabinet will convene for the first time on Wednesday, while he is expected to attend a meeting at the Grand Serail today to discuss a ration card program for vulnerable Lebanese to replace subsidies. Mikati is expected to appear on the LBCI interview program “Vision 2030” tonight.

Want to get the Morning Brief by email? Click here to sign up.Rumors abound in local media and in political circles that parliamentary elections, reportedly scheduled for May 8, could be moved up to March 27. The mooted date change is ostensibly in order to avoid campaigning during Ramadan, which will fall in April. On Sunday MP Mohammad Raad (Hezbollah/Nabatieh) stated that the parliamentary...