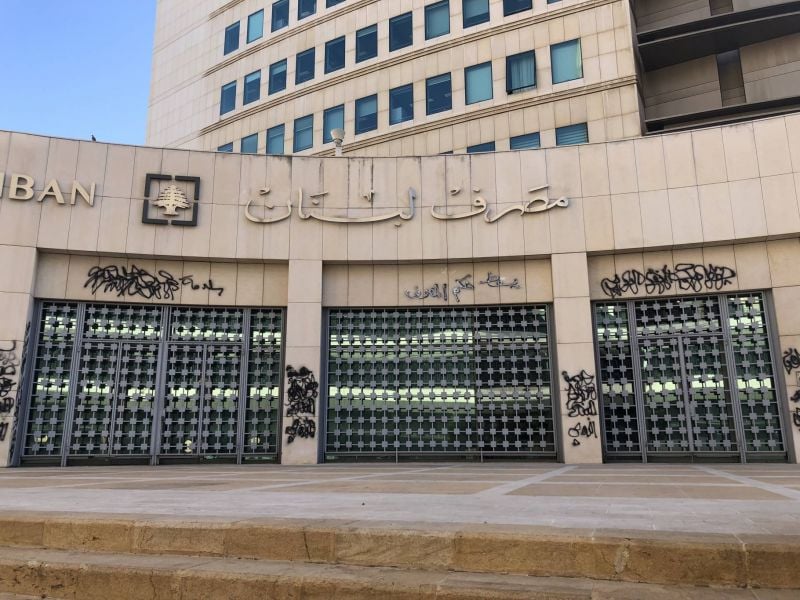 BDL has instructed banks to at least partially repay depositors foreign currency deposits made before the end of October 2019. (L'Orient-Le Jour/Philippe Hage Boutros)

The move would at least partially compensate clients for dollar deposits they have largely been barred from accessing since the onset of the country’s economic crisis, which sent commercial banks into a tailspin, prompting them to place informal capital controls on foreign currency accounts. As a result, depositors have been forced to withdraw dollar deposits in lira, effectively receiving a haircut on their deposits as inflation soars.

What depositors will be eligible to receive

The circular applies only to deposits made before the end of October 2019. Repayments will be made in monthly installments of up to $800, starting on June 30.

Depositors will be able to access their dollars in cash in Lebanon, and they will also be able to transfer them abroad, something that has been largely prohibited since late 2019 due to the current informal capital controls.

Half the lira repayments can be withdrawn in cash, while the other half must be spent through bank card transactions, the circular said.

Repayments will be made on a monthly basis; depositors can choose to withdraw or otherwise use them immediately, or wait.

The maximum payment each depositor will be eligible for is $50,000. The repayable amount will be whichever of the two following balances was lower: the account balance on Oct. 31, 2019, or the balance on March 31, 2021.

The repayments will exclude any dollars that were deposited by exchanging from depositors’ lira account from the end of October 2019 to the end of March 2021. Banks will also deduct an amount equivalent to dollar loans repaid in lira at the official exchange rate during this period, as well as an amount equivalent to all loans set to be repaid while the circular is in effect. Cash collaterals will also be deducted.

In other words, say a depositor had $60,000 in their account at the end of March 2021. However, $20,000 of that balance had been converted to dollars from lira since the end of October 2019, and the depositor had settled $30,000 in loans in lira during the same period. Additionally, the customer has an outstanding loan worth $8,000. In this case, the depositor would be eligible to receive $2,000 — half in dollars and the other half in lira at the prevailing exchange rate on Sayrafa, BDL’s official money exchange platform.

It is also important to note that those who opt into the repayment scheme will no longer be able to access the rest of their deposits at the so-called lollar exchange rate of LL3,900 per dollar.

How will banks fund the repayments?

According to the central bank, the repayments will be funded using money held in Lebanese banks’ correspondent banks abroad as well as BDL’s mandatory reserves.

“Every bank operating in Lebanon must do what is necessary to secure a gradual payment of foreign currency deposits made before the end of October 2019,” BDL’s circular said.

BDL had issued another circular back in August instructing banks to recapitalize by February of this year and asking them to partly recoup funds transferred abroad. BDL asked commercial banks to “urge” any customer who transferred more than $500,000 abroad from July 2017 to August 2020 to deposit into a “special account” an amount equivalent to 15 percent of the transferred value; banks’ directors, shareholders and politically exposed persons were to be asked to repatriate 30 percent.

In the circular issued on Tuesday, BDL clarified that the depositors targeted in the August circular who did not deposit the requested share of money will not qualify for the repayment scheme.

BDL is also expected to reduce its mandatory reserves to help banks honor the repayment scheme.

On Friday, Banque du Liban announced in a press release that it will reduce its mandatory foreign currency reserves from 15 to 14 percent of total foreign currency deposits. This would free up about $1 billion, based on official estimates.

Commercial banks will be prohibited from using their clients’ so-called fresh dollar accounts — foreign currency deposits placed at commercial banks after April 9, 2020 — to comply with the circular. These accounts will remain unchanged.

Are banks likely to comply with the circular?

According to the circular, banks that do not adhere to BDL’s dictate will have to return foreign currency they previously received from BDL. They would also be penalized under Article 208 of the Code of Money and Credit; penalties range from a warning to the cancelation of a bank’s license.

BEIRUT — Banque du Liban on Tuesday issued a circular instructing commercial banks to gradually repay foreign currency deposits made before the end of October 2019.The move would at least partially compensate clients for dollar deposits they have largely been barred from accessing since the onset of the country’s economic crisis, which sent commercial banks into a tailspin, prompting them to...