Power to come back, subsidy dollars running low, plans for the port: Everything you need to know to start your day

Here’s what happened over the holiday weekend and what to expect today, Tuesday, April 6, and this week 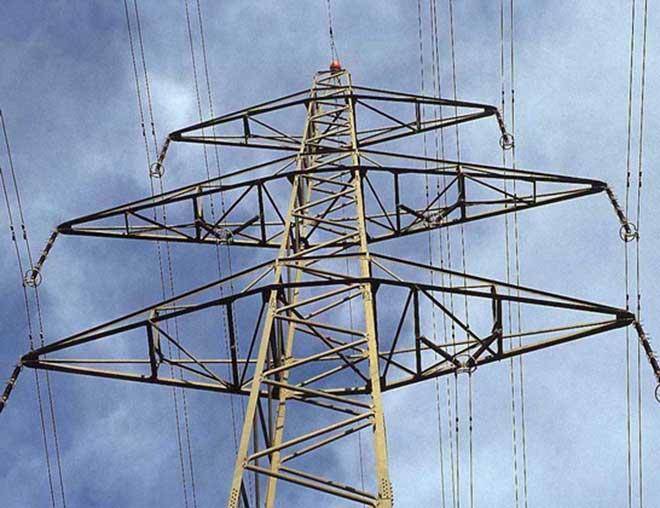 Lebanon was plunged into near-total darkness over the weekend as both the Zahrani and Deir Ammar power plants closed after running out of fuel. (Credit: ANI)

Electricity generation is expected to gradually improve as a fuel tanker finishes replenishing two major power plants. On Sunday, a Kuwaiti tanker carrying gas oil began offloading at the Zahrani power plant before making its way to the northern Deir Ammar station, an Électricité du Liban source told L’Orient Today. The tanker, carrying some 40,000 tons of gas oil, had been delayed as a result of the Suez Canal blockage. Both plants shut down last week after running out of fuel, plunging Lebanon into near-complete darkness over Easter weekend.

Lebanon signed an agreement to swap medical expertise for Iraqi oil. Under the preliminary agreement, Lebanon would receive 500,000 tons of Iraqi oil annually, or a sixth of its needs, Lebanon’s caretaker Energy Minister Raymond Ghajar told AFP. Outgoing Health Minister Hamad Hassan said the agreement included cooperation in training and hospital administration, with Lebanese experts and specialized teams to be involved in managing new facilities in Iraq. However, experts have warned that the oil found in Iraq is high in sulfur and without refinement does not comply with international standards to run power plants, including those in Lebanon. Given that Lebanon lacks refineries, petroleum products would have to be shipped to another country for refinement and then transported to Lebanon.

Ghazi Wazni warned that Lebanon will run out of money to fund basic imports by the end of May. The caretaker finance minister said that the government is looking into scaling down a list of subsidized foods from 300 to 100 goods, reducing fuel and medicine subsidies and introducing a ration card for 800,000 poor families. This would roughly halve $6 billion in annual spending on subsidies, he said. Lebanon is in the midst of its worst economic crisis in decades, burning through its last remaining dollar reserves to purchase basic imports. The central bank’s mandatory reserves, money that belongs to depositors, currently stand at around $15.8 billion, according to Wazni.

The investigator into the Aug. 4 Beirut port explosion is set to hear testimony today from a former defense minister. Yaacoub Sarraf, who was a minister in Saad Hariri’s 2016–19 cabinet while 2,750 tons of ammonium nitrate explosive lay in wait at Beirut’s port, had said he possessed information he wanted to share. The testimony comes just after Beirut marked eight months since the blast. Families of the victims gathered Sunday to commemorate the tragedy, calling on new investigator Tarek Bitar to “strike with an iron fist.” Bitar replaced Fadi Sawwan in February after the latter charged caretaker Premier Hassan Diab and three former ministers — and was sacked.

A group of private German companies is set to arrive today to present a proposal for the redevelopment of Beirut’s port. The delegation will meet with Lebanese officials to discuss a multibillion-dollar proposal to rebuild the Port of Beirut and more than 100 hectares in the surrounding area in a project that would be along the lines of the postwar reconstruction of central Beirut. Germany’s ambassador to Lebanon said that it is not an initiative of the German government while the European Investment Bank said that it has not made a financing offer as yet, as to do so would first require due diligence procedures.

Alvarez & Marsal representatives will meet today with Banque Du Liban and Finance Ministry officials. New York-based Alvarez and Marsal, a consultancy firm tasked with auditing the central bank’s accounts, was first contracted to carry out the inspection last year before scrapping the agreement in November because the central bank failed to hand over required data. Last week, BDL announced that it had handed over “all state and banks’ accounts” available at the central bank to the Finance Ministry, only for Ghazi Wazni’s office to deny the claim and say that the central bank has provided a mere 42 percent of the documents requested by the company. On Monday, President Michel Aoun warned the Finance Ministry and the central bank against “any attempt to impede the forensic audit,” vowing to “hold them responsible, in the name of the Lebanese people.”

Lebanon received a further 46,800 Pfizer COVID-19 vaccines Saturday as the country’s struggles with a slow vaccine rollout continue. So far, Lebanon has received 297,180 Pfizer doses to go alongside some 33,000 AstraZeneca vaccines, and has administered 238,399 doses. The head of the national vaccination committee said that Lebanon is set to receive 1.5 million doses of the Pfizer vaccine in the next three months. As the private sector begins importing vaccines as well after securing 1 million Russian made Sputnik V doses, the Health Ministry announced that those vaccinated outside of the government’s Impact platform must take an antibody test at an accredited lab two weeks after their second shot and, based on the test results, can get a vaccination certificate issued by the Health Ministry.