While the Lebanese Forces (LF) claim that coordination with the Free Patriotic Movement (FPM) on the presidential issue is not an option, Gebran Bassil’s party could be driven by revenge. 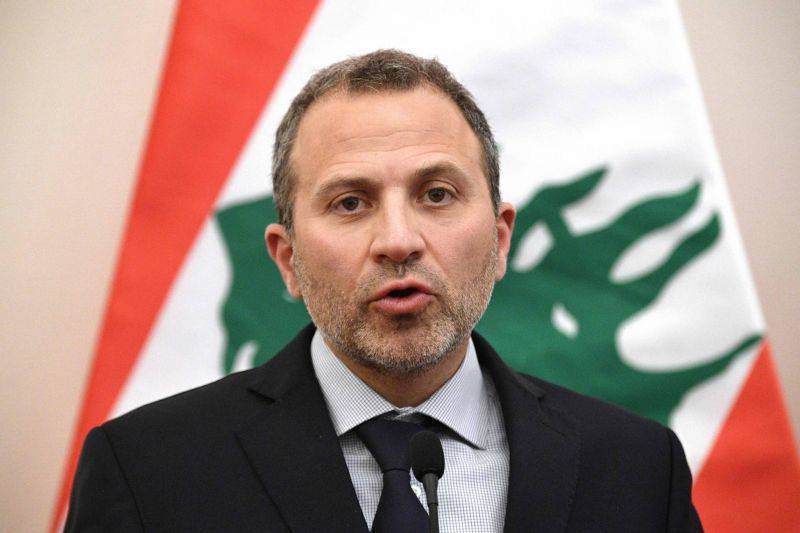 “Today, we are closer to the Lebanese Forces than to Hezbollah.”

This statement by a former Free Patriotic Movement MP perfectly depicts the anger of FPM supporters following the controversial cabinet meeting held on Monday at the Grand Serail.

Gebran Bassil's party believes that, by convening this meeting, caretaker Prime Minister Najib Mikati exceeded his prerogatives and encroached on those of the president while Lebanon is experiencing a presidential vacancy.

While Hezbollah did not support the FPM's calls to boycott the meeting, the LF, a major rival of the FPM on the Christian scene (and Hezbollah's sworn enemy), put their voice heard behind this call against holding the session.

With the FPM's leader's relations with Hezbollah chilling by the day, the question surfaces: could Bassil resurrect the Meerab agreement — which was concluded between the two parties in 2016 and through which Michel Aoun was elected president — particularly since the party's leader, Samir Geagea, shares the FPM's opposition to the accession of Sleiman Frangieh, Hezbollah's favored candidate, to the office of president?

Without a Christian partner

“Had the LF had ministers in this cabinet, we would not have attended this meeting,” said Charles Jabbour, spokesman for Geagea's party.

The FPM had also called on the ministers who are close to its camp to boycott the meeting, hoping to provoke a lack of quorum. In the end, caretaker Industry Minister George Bouchikian, affiliated with the Tashnag (a close ally of the FPM), ended up attending, thus ensuring a quorum of two-thirds of the ministers.

“However, this does not mean that we have the same motivations as the Aounists,” said Jabbour. “They refuse to attend any cabinet meeting, for political reasons, as part of tug-of-war with Najib Mikati. Whereas we respect the Constitution, which allows the caretaker prime minister to convene a cabinet meeting for urgent matters, with a limited agenda of two or three items, while our priority continues to be to the election of a president as soon as possible.”

However, the FPM looks at its Christian rival's position with a favorable eye. “It was time for the LF to express its rejection of the current situation, which can be summed up as follows: Najib Mikati and [Parliament Speaker] Nabih Berri, want to govern alone, without a Christian partner,” an FPM member told L 'Orient-Le Jour, who asked not to be named.

“Moreover, the Maronite Church and the Kataeb also share our point of view,” the FPM member added.

Maronite Patriarch Bechara al-Rai had also expressed his disapproval for the holding of a cabinet meeting on Monday, using his Sunday homily to call on Mikati to “rectify the situation.”

Revenge in the ballot box?

Will this alignment of Lebanon's traditional Christian rivals affect the presidential election, with a ninth dedicated parliamentary session scheduled for Thursday?

“The election of a president is above all a Christian event,” the FPM member said. “If we and the LF agree on a candidate, no one can do anything to prevent us from electing him. Moreover, Gebran Bassil had already reached out to Samir Geagea very early, proposing a compromise around a third-party candidate,” the FPM member added.

This statement comes at a time when the FPM wants to do everything it can to put obstacles in the way of Frangieh. The Zgharta zaïm is indeed the preferred candidate of the Shiite parties Amal and Hezbollah to Bassil's great displeasure. The FPM leader is, in parliamentary terms, more representative of the Christians than Frangieh — his bloc consists of 19 MPs, compared to four MPs in Frangieh's bloc — and therefore likely believes he has a stronger say in who becomes president.

Will the FPM leader seek revenge through the ballot box?

“We believe that what happened should not be without consequences, and the level of coordination with Hezbollah will be lowered,” the FPM member said, accusing Amal and Hezbollah of standing behind the prolongation of the presidential vacuum.

But, if what Bassil was presenting could be interpreted as an outstretched hand, the LF rejected it. “We coordinate exclusively with the opposition and do not intend to negotiate with the FPM,” said Jabbour, noting that his party is committed to the candidacy of Michel Moawad, MP for Zgharta, supported by the camp that is hostile to Hezbollah and which the latter perceives as defiant.

“We cannot negotiate with the FPM simply because we have a different vision. They are clearly affiliated with the pro-Hezbollah camp; we want to build a state,” said Razi al-Hajj, LF MP from Metn.

According to political scientist Karim Mufti, “It seems difficult at this stage to consider a common front, as the LF wants to capitalize on their status as the first opponents of the regime in place, particularly their score in May's [parliamentary] elections.”

“But this does not mean that there will be no coordination between these two actors on other specific issues in the future,” he added.

Indeed, the Christian parties (the LF, the FPM and Kataeb) succeeded in torpedoing a parliamentary session scheduled for Wednesday to discuss the allegations of corruption in the telecommunications sector. The three parties announced their boycott of the session, labeling it as “unconstitutional” in the absence of an elected president. This forced the parliament speaker to revisit his calculations and indefinitely postpone the session.

“Today, we are closer to the Lebanese Forces than to Hezbollah.”This statement by a former Free Patriotic Movement MP perfectly depicts the anger of FPM supporters following the controversial cabinet meeting held on Monday at the Grand Serail.Gebran Bassil's party believes that, by convening this meeting, caretaker Prime Minister Najib Mikati exceeded his prerogatives and encroached on those...