Here’s what happened yesterday and what to expect today, Wednesday, Nov. 30 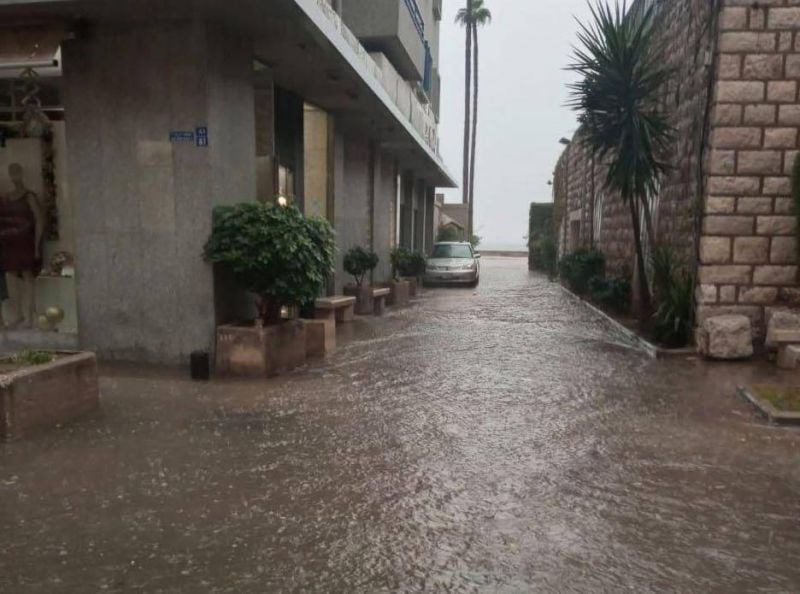 A road in the Jounieh Old Souk is flooded by rainwater on Nov. 29, 2022. (Courtesy of the municipality of Jounieh)

“The Interior Security Forces director [Imad Osman] granted all the powers of the Public Prosecutor’s Office to the judicial police,” a legal expert said, criticizing an expansion of police powers granted in a recently made-public decision. Osman’s decision bypasses public prosecutors’ authority, allowing security forces to issue arrest warrants for suspects in flagrante delicto. The decision is reportedly limited to cases when security forces cannot contact prosecutors or when the “latter fail to give their judicial instructions,” advocacy group Legal Agenda executive director Nizar Saghieh told L’Orient Today. An anonymous judicial source told L’Orient Today that the inability to contact judges is a “pretext” deployed by security forces to “encroach” on the prerogatives of the judiciary. Keeping a suspect in custody for more than 24 hours requires a judicial decision, Tripoli MP and former Internal Security Forces head Ashraf Rifi told L’Orient Today, further attesting to the illegality of Osman’s decision. “No one was arrested without judicial instruction,” Osman said in a statement Monday, defending the decision as an incentive for police personnel to contact public prosecutors after apprehending suspects.

The Finance Ministry issued guidelines yesterday enforcing the 2022 budget-allotted public employee salary increases as the lira hit a new all-time low on the parallel market. The ministerial decision grants a salary increase between LL5 million and LL12 million to certain civil servants. The public salary boosts are met in counterpart with increased taxes, including the calculation of customs taxes at the new LL15,000 exchange rate as of Thursday — a tenfold increase from the previous, longstanding official exchange rate. While various critics contested the equity of the new taxation measures, some of which apply retroactively, a group of MPs and a former MP on Monday challenged the text’s legality in an appeal to the Constitutional Council. Meanwhile, the parallel market lira-to-dollar exchange rate yesterday hit LL40,800, almost LL11,000 over the central bank exchange platform Sayrafa rate. While the lira plummeted, Banque du Liban issued an 11th extension of Circular 161 — a measure attempting to unify the lira-to-dollar exchange rate — maintaining depositors’ right to convert their lira funds to dollars at the Sayrafa rate until the end of this year.

An elderly depositor forcibly retrieved part of her funds from a Beirut bank after an unarmed sit-in. The 87-year-old depositor, along with her son and two other people, attempted to forcibly withdraw $20,000 of her own funds from the Bank Audi branch to cover medical expenses. Negotiations between the depositor and bank’s administration ended around 7:30 p.m. with the woman and her son leaving the bank with $5,500. "If we were armed, the bank would have given us the money right away," the depositor’s daughter-in-law speculated to L’Orient Today, decrying that a “sick person” was made to “beg for their own money.” Last Wednesday, only one of three attempts by depositors to retrieve their frozen savings from different banks was successful. Depositors’ access to their foreign currency funds has been limited by banks since 2019. Depositors attempting to forcibly recover their own funds often cite medical expenses as the motive for their holdups. Such holdups became commonplace in September and October, causing banks to heighten security measures.

Armed clashes resumed yesterday evening in the Palestinian refugee camp of Burj Brajneh, in the southern suburbs of Beirut. Many residents of the area evacuated their homes. Earlier in the day, shortly before noon, bursts of automatic gunfire and rocket fire were heard. The army and a source within the Internal Security Forces confirmed to L'Orient-Le Jour that the shots came from clashes between several individuals. In the evening, the Lebanese Army announced the arrest of two people in Burj Barajneh accused of firing shots. Weapons and drugs were also seized from their possession. The army said an investigation has been opened.

Officials blamed illegal activity, climate change and inadequate infrastructure for yesterday’s heavy flooding in Jounieh and Kfar Hbab, in Kesrouan, and in Jbeil. Civil defense personnel intervened to rescue stranded motorists after torrential rain flooded streets and highways, trapping some cars while sweeping others away. On Oct. 24, heavy rains severely flooded large parts of Lebanon's coastal areas, resulting in the death of an elderly disabled man. Caretaker Public Works and Transportation Minister Ali Hamieh said the flooding in the Sahel Alma-Chnaanir region was caused by encroachments on natural water streams in the region. For his part, the head of the Jounieh municipal council and president of the Federation of Municipalities of Kesrouan, Juan Hobeiche, blamed “climate change and the change in the rainfall pattern” coupled with outdated infrastructure.

In case you missed it, here's our must-read story from yesterday: “Iran vs US: In Beirut, it’s a game about politics in a tournament about football”