Nassib Ziadé — the Lebanese man at the UN Appeals Tribunal

The expert in international law, international arbitration and administrative law was recently elected judge after a stringent screening process. 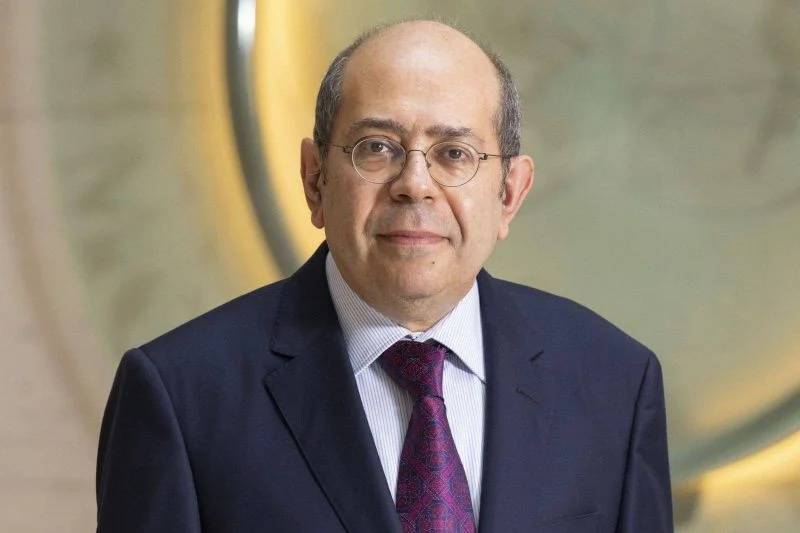 At a time when Lebanon’s judicial sector is collapsing in a context of a serious multifaceted crisis, Nassib Ziadé, a Lebanese expatriate, contributes to the highest levels of international justice.

Since Nov. 15, Ziadé has been an elected judge at the United Nations Appeals Tribunal. Based in New York, this body rules as second and last resort on judgments rendered by the United Nations Administrative Tribunal in lawsuits brought against the institution by its employees in employment contracts-related matters (dismissals, lack of promotion, harassment, etc.).

Happy to have acceded to such a high position thanks to his professional efforts, Ziadé dedicates his success to his native country. “Lebanon remains alive thanks to its children scattered around the world, who have the moral obligation to be part of the elite in their countries of adoption,” he told L’Orient-Le Jour. He believes that “in doing so, they are instilling a spirit of hope in Lebanon.”

The first Arab national (he has dual Lebanese and Chilean nationality) to take up such a position, the expert in arbitration and administrative law was chosen following a series of written exams and oral interviews — a selection process in which 380 candidates took part over the course of nine months.

In the end, eight candidates were selected, then the 192 members of the UN General Assembly elected four of these eight to complete the court’s composition, which is legally composed of seven members. The judges’ term, which begins on July 1, is seven years and is nonrenewable.

Supported by Lebanon’s Permanent Mission to the United Nations in New York, and by the Kingdom of Bahrain, where Ziadé has chaired the Bahrain Chamber for Dispute Resolution since 2013, the Lebanese national was elected first among the four judges, with 108 votes.

“We deeply believed in Nassib Ziadé’s candidacy,” said Ambassador Jeanne Mrad, chief of Lebanon’s Permanent Mission to the UN. “He has extensive experience and broad professional skills, combined with an easy approach and a sense of humor,” said Mrad.

“Given his great qualifications, I set out to do everything for Nassib Ziadé to win, when I took charge of the permanent delegation in October,” Mrad added. “We prepared a dense agenda of meetings for him in advance with delegations from all the states, during which he had the latitude to make himself known,” she said.

“If Nassib Ziadé decided one day to aim for a seat at the International Court of Justice, he can count on the Lebanese delegation,” Mrad continued, noting that “he has immeasurable passion and devotion to his professional life.”

Since his early youth, Ziadé has been working hard. After obtaining a baccalaureate in literature, to the great displeasure of his family who wanted to see him embrace a scientific career in line with the family tradition, the Collège Notre-Dame de Jamhour student was enrolled in two universities, Saint Joseph University (USJ ) and the American University of Beirut (AUB).

In five years (1979-84), he obtained four degrees, namely two master's degrees in private and public law and a degree in political science from USJ, as well as a degree in business management from the AUB. Staying in Lebanon in times of war and crisis was not an option for him. “I was convinced that I could not follow my dreams if I chose not to leave,” he said.

‘I live aboard the planes’

Ziadé went to Cambridge University in the United Kingdom, from which he graduated in 1985, obtaining a master’s degree in international law. He then got a job at the World Bank in Washington, upon the recommendation of one of his professors, who was working within this institution at the time.

It was the beginning of a 25-year career within this organization, where he made his way up the ladder and was promoted to the position of executive secretary at the World Bank Administrative Tribunal and became deputy secretary-general of the International Center for Settlement of Investment Disputes (ICSID), a body that rules on disputes between states and foreign investors.

In 2011, Ziadé became director of the Dubai International Arbitration Center in the United Arab Emirates. Since January, in addition to his duties as chief executive officer of the Bahrain Chamber for Dispute Resolution, Ziadé has become president of the International Monetary Fund Administrative Tribunal, on which he has been a judge since 2019. He is also a member of the Global Fund’s sanctions committee, based in Geneva.

The expert has served as president or arbitrator in more than 30 international arbitrations dealing with disputes relating to investment, trade, construction and international public law. He has taught at various universities in Santiago (Chile), Paris (France) and Dubai, as well as at the Hague Academy of International Law.

Since 2010, he has been a professor at the University of Miami, and travels to Beirut every year for seminars at USJ. Editor-in-chief of an arbitration law review, he is the author of numerous articles and legal books.

As a speaker, he has participated in more than 100 law seminars in various countries. “I use my time intensively and I live aboard the planes,” he said when asked how he actually manages to fulfill so many missions in the four corners of the world.

At a time when Lebanon’s judicial sector is collapsing in a context of a serious multifaceted crisis, Nassib Ziadé, a Lebanese expatriate, contributes to the highest levels of international justice. Since Nov. 15, Ziadé has been an elected judge at the United Nations Appeals Tribunal. Based in New York, this body rules as second and last resort on judgments rendered by the United Nations...