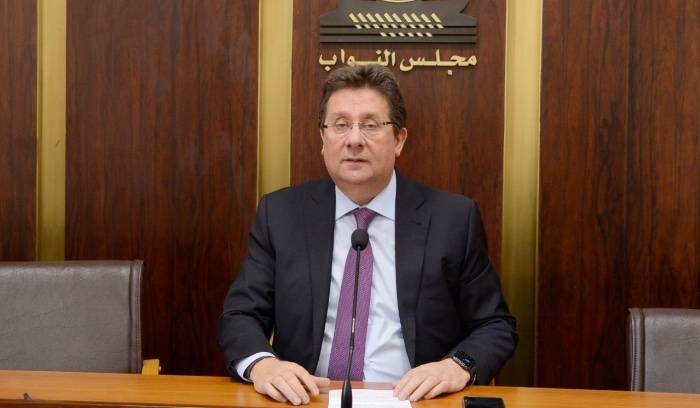 Parliament’s Finance and Budget Committee, chaired by Ibrahim Kanaan (Free Patriotic Movement/Metn), held a meeting Wednesday focusing on the draft law for the establishment of a sovereign wealth fund. The fund would theoretically be fed by the potential revenues from exploiting the country’s hoped-for offshore hydrocarbon reserves.

The law in preparation will have to guarantee the independence of the fund and enshrine its role as a savings and investment fund at the service of the country, according to the “three main specifications,” Kanaan told the press at the end of the meeting.

The MP also stressed that the fund’s governance will be in line with the Santiago Principles established in 2008 by the International Monetary Fund, which identify the best practices that should be respected in the management of sovereign wealth funds.

In that regard, Wednesday’s discussions involved an attempt to identify — albeit in vain — the institutional actor that would serve as manager of this fund. That actor could be “the Presidency of the Republic, the Ministry of Finance, a special public institution or a system of rotation,” explained Kanaan. He finally insisted on the need for the country remove sectarian and partisan quotas in its response and, instead basing management on “competence and respect for international standards.”

Amid the country’s three-yearlong economic collapse, the idea of managing the wealth fund from abroad was even suggested at the meeting to avoid the impact emanating from “the failure of financial and monetary policies, as well as the waste” of the recent years on the fund, the MP stressed.

Finally, Kanaan announced the formation of a subcommittee, which he will chair and which will meet next Wednesday, to prepare “a comparative study” to other countries that have similar sovereign wealth funds.

“Even if the process takes a hundred years, it is necessary to go through ([all] the stages,” Kanaan said.

The proposed fund comes after the signing last month of a maritime border demarcation agreement between Lebanon and Israeli officials that both sides deemed “historic.” Independence and transparency of the process to set up a sovereign wealth fund, according to Kanaan, “will give the country a new image” and will renew the international community’s “trust.”

Like many other actors, Kanaan in his comments is riding on hopes that there will be revenues from exploitation of potential hydrocarbon reserves in Lebanon’s Exclusive Economic Zone.

Yet not only does the process take time, but these reserves still first need to be confirmed. So far, initial exploration drilling in Block 4 of Lebanon’s (EEZ), off the coast of Batroun, detected the presence of gas traces, but not a commercially viable amount at the exploration point.

The exploration of Block 9, located at the southern end of the EEZ, was supposed to be launched before the crisis that erupted in 2019, but was delayed due to the dispute between Lebanon and Israel over the demarcation of the maritime border. This dispute was finally settled through an agreement signed in late October after lengthy US-led negotiations.

French company TotalEnergies, which along with Italy’s Eni makes up the consortium that won in 2018 the license to explore Blocks 4 and 9, announced on Tuesday that the process would resume. Meanwhile, Energean, the operator that explores the Israeli field, has recently begun the exploitation of a well where commercially-viable quantities have been confirmed.

These are encouraging signs, although they are not enough to confirm Lebanon’s potential without exploration — even if the Lebanese banking sector is already counting on these revenues to minimize its share of the compensating for the country’s financial losses (more than $72 billion according to the latest estimates, including those of the state and Banque Du Liban). These losses are among the main reasons behind the Lebanese financial system’s collapse and resulting all-out socioeconomic crisis.

Moreover, this return of confidence, which officials have long hoped for, could have already been achieved if the they succeeded in implementing the reforms demanded by their international supporters and creditors in order to put the Lebanese economy back on track.

These include the International Monetary Fund, with which Lebanon signed a staff-level agreement in April to provide the country with $3 billion in aid over four years.

However, in order to unlock this aid, the IMF has demanded that Lebanon implements several reforms, of which only two have been adopted so far, but with major flaws: the 2022 budget law and the law regulating banking secrecy.

One of the IMF’s demands involves the adoption of a law imposing formal capital controls, a central feature since banking restrictions have been informally and illegally imposed on the depositors’accounts since the start of the crisis in Oct. 2019. Stalled since the summer, the joint committees resumed early last week their consideration of the draft law, though little progress has been made since then. Three meetings have been held on the topic, the last of which was on Tuesday.

And on Wednesday, Parliament Speaker Nabih Berri called on the MPs of several committees, including the Finance and Budget Committee, for a joint session in this regard to be held on Monday.

Parliament’s Finance and Budget Committee, chaired by Ibrahim Kanaan (Free Patriotic Movement/Metn), held a meeting Wednesday focusing on the draft law for the establishment of a sovereign wealth fund. The fund would theoretically be fed by the potential revenues from exploiting the country’s hoped-for offshore hydrocarbon reserves.The law in preparation will have to guarantee the...