Update: On Parliament’s discussion table this week, a draft 2022 budget that’s as late as it is flawed

What to expect as Parliament is set to meet this week, in which it will discuss the 2022 draft budget. 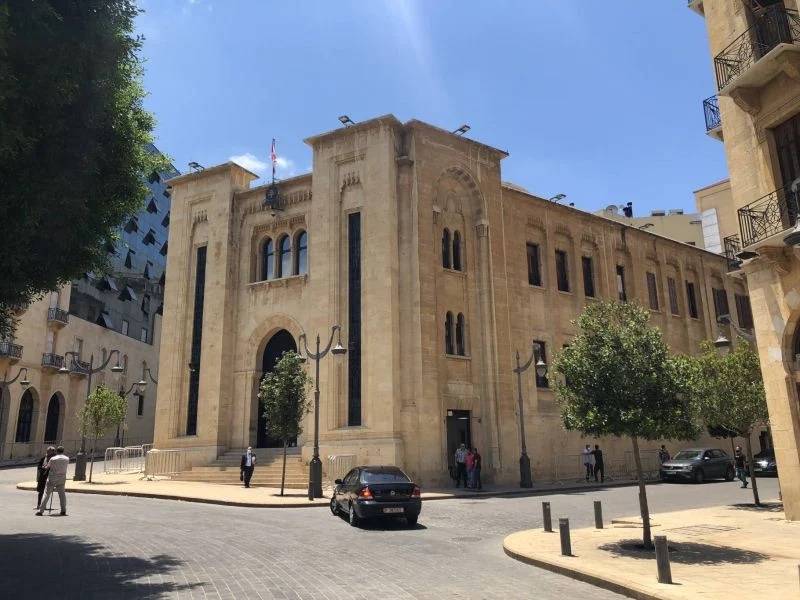 Editor's note: This article has been updated to reflect the fact that Parliament’s Secretary-General Adnan Daher announced that Wednesday's planned session had been postponed until Thursday.

There appears to be little sense of urgency for the ruling class as Lebanon sinks deeper into its financial crisis with each passing day. It is only this wek a considerable delay, that Parliament will begin to examine the draft budget for 2022.

Though they had planned to start Wednesday morning, Parliament members will now reportedly meet Thursday and Friday to review the 121 articles of the latest draft submitted to them, the result of a series of nearly two dozen meetings since earlier this year by the Finance and Budget Committee. In its recent final report, the committee indicated that it had received the draft on March 2. The draft had been adopted by the government of now-caretaker Prime Minister Najib Mikati, which technically resigned after the May legislative elections but still retains an interim status until the new cabinet is chosen.

The process for approving this year’s budget has far exceeded the normal deadlines, under which the cabinet should have submitted its draft budget before the 2021 autumn parliamentary session last year. That would have given Parliament ample time to examine and vote on it before the beginning of this year. In short, instead of reviewing the 2022 budget this week, the legislature should be much farther ahead of its current schedule, fine-tuning its budget proposal for 2023.

While the stakes are high — adopting a 2022 budget is one of the International Monetary Fund’s preliminary offer of a multi-billion-dollar assistance package to Lebanon — officials do not seem to show any sense of urgency. Moreover, the draft budget sent to the assembly is more of a cosmetic exercise that cancels out its supposed role as a blueprint for the country’s fiscal policy.

Political leaders have “still not changed their approach and are content to cover planned expenses with new compulsory levies — mainly indirect taxes,” says Karim Daher, a tax lawyer at the Beirut Bar who chairs a committee dedicated to the protection of depositors.

This recurring pattern needs an overhaul as Lebanon’s financial situation continues its downward spiral. Daher notes the lack of “fairness” on the tax front, as the new taxes within the 2022 draft budget, if implemented, would be applied uniformly to taxpayers of all socioeconomic levels regardless of their respective incomes.

Essentially, the same tax will be much more burdensome for some Lebanese people than others and will aggravate existing inequalities between taxpayers.

No unification of rates

The approach of the draft budget to solving the lira-to-dollar exchange rate issue is a perfect example of the document’s flaws. The Lebanese currency has lost 95 percent of its value on the parallel market since the beginning of the crisis in 2019, albeit with the official exchange rate still standing at LL1,507.5 to the dollar.

Lebanese people are left with no choice but to juggle several different exchange rates, including the parallel market rate (at more than LL36,000 to the dollar on Tuesday) and the central bank’s Sayrafa platform (LL28,600 on Tuesday), in addition to other fixed rates reserved for certain banking operations.

This multiplicity of rates complicates any effort to credibly calculate government expenditures and revenues, especially over a one-year period.

Instead of trying to unify the rates — as the IMF also requested in the preliminary agreement — officials finally decided on allowing several to coexist in the same budget: an effective rate (as yet undefined), the Sayrafa rate (which changes with each new business day) and an intermediate rate between the official rate and the market rate, which has still not been determined but which will be used to calculate customs duties in Lebanese lira from the dollar prices of imported and exported goods (a rate also known as the “customs dollar”).

To further complicate matters, the Finance and Budget Committee and the Ministry of Finance have proposed three different scenarios, each depending on the rate chosen for the customs dollar: LL12,000, LL14,000 or LL20,000 to the dollar. Under the third potential scenario, the only one included in a version of the budget seen by L’Orient-Le Jour, budgetary expenditures would amount to LL37.8 trillion, while budgetary revenues would amount to LL28.9 trillion. Taking into account Treasury expenditures and revenues, total expenditures would rise to LL40.5 billion, while total revenues would reach LL28.9 trillion.

The government had initially planned to set the customs dollar rate at LL20,000, a choice that the committee’s deputies refused to endorse, and that was also met with criticism from several private sector organizations.

In the end, the parliamentary committee did not make a decision on the rate, leaving it to the general assembly. In August, an employer’s organization headed by former minister and businessman Mohammad Shoucair recommended setting the rate at LL8,000 to the dollar and then gradually lifting it.

According to lawyer Karim Daher, an article in the draft budget had been removed that would have granted the government or the Minister of Finance alone the prerogative to determine the applicable exchange rate, as well as the tax brackets, without obtaining Parliament’s approval. The same applies to the provision that wold allow people to of unpaid taxes in previous years over three years.

Editor's note: This article has been updated to reflect the fact that Parliament’s Secretary-General Adnan Daher announced that Wednesday's planned session had been postponed until Thursday.There appears to be little sense of urgency for the ruling class as Lebanon sinks deeper into its financial crisis with each passing day. It is only this wek a considerable delay, that Parliament will...