L’Orient-Le Jour’s series "Unknown Women Who Shook Up the Arab World" begins with Princess Fatima al-Zamil, who ruled the Emirate of Ha'il in the Arabian Peninsula in the early 20th century. 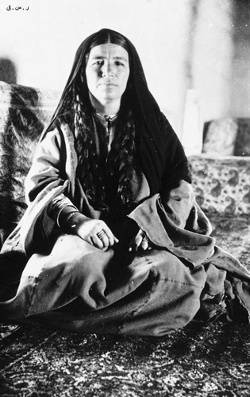 Fatima al-Zamil seated, gazing frankly, in a portrait taken by Gertrude Bell during her visit to Ha'il in 1914. Wikicommons.

It is the year 1908. The heat is stifling in the Emirate of Ha'il, also known as Jabal Shammar, in the northern part of the Arabian Peninsula.

Ha’il is the stronghold of the Rashidi dynasty, which has just been shaken by yet another fratricidal conflict. Like his two predecessors, Emir Saud bin Hammoud has just been killed by members of one of the clans in the province.

The tribes of Ha'il are in for an arduous mission: finding common ground and agreeing on a suitable figure to take over leadership of the emirate after two years of political instability.

They choose Saud bin Abdelaziz, son of the sixth Rashidi Emir, who had died two years earlier in a battle with Ibn Saud, a rival and the future founder of the Kingdom of Saudi Arabia.

Exiled to Medina for several years to escape the violence sweeping through the province, he is now being urgently summoned to return to Ha'il. The young boy is only 10 years old.

Unable to lead the emirate at this young age, the first years of Saud bin Abdelaziz’s reign were spent under the regency of his uncle, then his grandfather.

Their successive deaths and that of others of the young man’s kin who were in line to the throne shifted the tribes’ attention to an unexpected figure: The young emir’s grandmother, Princess Fatima al-Zamil Sabhan. 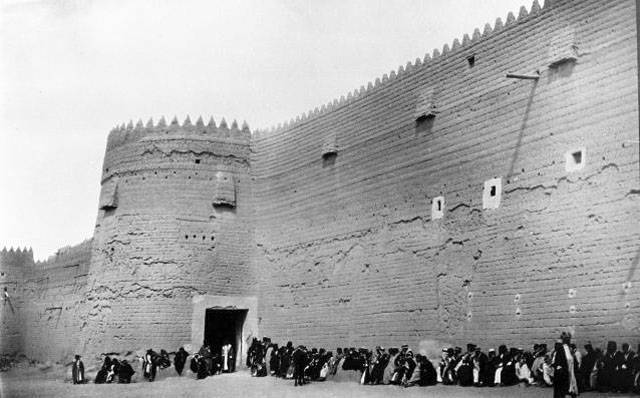 Unprecedented in the history of the emirate, the princess held the reins of power in the province for three years, until the young Saud bin Abdelaziz reached puberty.

“In the midst of the male chauvinist world of tribal Arabia, a woman was appointed by the tribal elders to keep the peace between two of the largest and most powerful tribes in the peninsula: Al-Rashid and the Shammar,” wrote Sultan Qassemi, an Emirati writer and founder of the Barjeel Art Foundation, in a column for the online magazine Jadaliyya.

Safeguarding the stability of the province and peace between tribes, Princess Fatima seems to have possessed absolute powers as regent.

“Fatima rules them all — she is very intelligent and can read and write,” Gertrude Bell, a British spy and archeologist close to T.E Lawrence, wrote in a letter during her visit to Ha'il in February 1914.

In her travel writings, Bell depicted Fatima as a woman feared for her intransigence, holding power with an iron fist.

Black and white portraits taken by Bell and attributed to the princess show a woman emanating strength.

She appears austere, a small figure wrapped in a large abaya with a veil over her long black braids. Fatima stares straight at the lens.

Born in the mid-1850s into a noble family that included members of the emirate’s two main tribes, Fatima al-Zamil grew up in Ha'il.

Her political base was reportedly strengthened by other family ties: her father, Prince Zamil al-Sabhan, was said to be one of the co-founders of the Rashidi emirate, while her daughter, Princess Muddi, married the sixth emir of Ha'il, Abdulaziz bin Mutaib, who ruled the province from 1897 to 1906.

Residing in the Barzan Palace, which covered an area of 300,000 square meters and was divided into different quarters, Fatima would have welcomed members of tribes and international guests.

The princess reportedly held great sway in the palace: She was in charge of the day-to-day business, managing finances, maintaining diplomatic relations and handling the army.

“Who would believe that a woman in Ha'il, in Najad, took charge of the region’s fate?” asked Eid al-Yahya, the presenter for Retracing Arab Footsteps, a television program broadcast on the Saudi channel Al-Arabiya. The show produced a segment on the princess entitled “Fatima al-Sabhan, the Lady of Wisdom.”

“Although she was exceptional, the environment and a conducive context played a major role” in Fatima maintaining her power, al-Yahya said in the program.

At the dawn of the 20th century, the Rashidi clan was engaged in a deadly tug of war with the Saud clan, who were allied with the Wahhabis.

Established in 1836, the Emirate of Ha'il managed in the 1890s to take over large swathes of the north and center of the Arabian Peninsula, after snatching Riyadh and the Qassim province from the hands of the Saud during the battle of Mulayda.

Backed by the Ottomans, Ha’il’s political weight was also complemented by its economic appeal. Located in an oasis, the region produced fruits, dates and grains and was located along one of the main pilgrimage routes leading from Iraq to Mecca.

Some 800 kilometers from Mecca, members of the rival dynasty vowed revenge.

Exiled to Kuwait at the end of the 19th century, which was then under Ottoman rule and British protection, the Sauds planned ambitious operations to unify the Arabian Peninsula under the control of Ibn Saud.

At the same time, the Rashidis began to suffer the consequences of Ottoman decline in the region. Battles followed one another from 1902 onwards.

“No one hates the Wahhabis and the Saudis as much as Fatima al-Sabhan,” Gertrude Bell wrote in her travel diaries.

However, the princess chose not to start a military offensive — a policy that helped stabilize the emirate during her regency, before transferring power to her grandson in 1914. He launched major military operations to fight the Sauds.

The rest of Fatima’s life remains a mystery. According to various sources, she died around 1930, about a decade after the Sauds’ conquest of the emirate in 1921, with British and Wahhabi support, and its subsequent annexation to the Emirate of Najad.

Only a tower of the Barzan Palace still stands in Ha'il, in today’s Saudi Arabia, serving as the last testament to the splendor of a bygone area. Everything else was destroyed, reportedly on Ibn Saud’s orders, when the emirate fell.

This article was originally published in French in L'Orient-Le Jour. Translated by Sahar Ghoussoub

It is the year 1908. The heat is stifling in the Emirate of Ha'il, also known as Jabal Shammar, in the northern part of the Arabian Peninsula.Ha’il is the stronghold of the Rashidi dynasty, which has just been shaken by yet another fratricidal conflict. Like his two predecessors, Emir Saud bin Hammoud has just been killed by members of one of the clans in the province.In the imposing Barzan...