The legislative elections have set the wheels of Lebanese politics back in motion, without changing the rules of the game 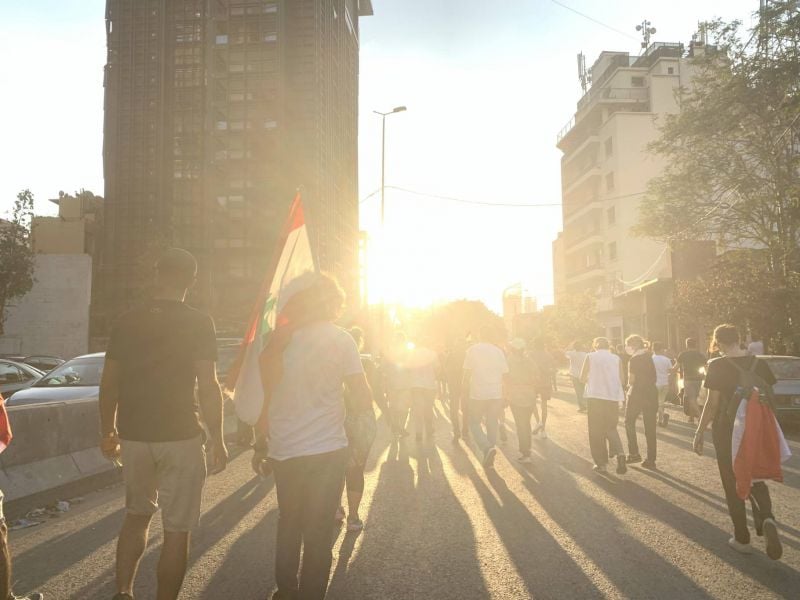 Protestors gather on the Charles Helou highway, in front of the port, on Aug. 11, 2019, after the August 4 Beirut blast. (Credit: Tamara Rasamny/L'Orient Today)

Everything’s changed, but nothing’s changed. This is the main paradox that emerged from the Lebanese legislative elections results.

The political game has been largely turned upside down: no one can claim to have a majority anymore and there are many gray areas concerning the formation of future parliamentary blocs, alliances — circumstantial or not — within Parliament and the positioning of the different actors depending on the issues at stake.

The situation is unclear. But above all, the election has set the wheels of political life back in motion after having been completely frozen for years.

Possibilities have opened up, yet one thing remains clear: neither the framework nor the context in which the game is played has changed, which considerably reduces the options.

The new players will have a hard time reinventing the structural rules that have been at the basis of Lebanese political life since at least 2005, whereby the only alternative to the fragile compromise has always been paralysis.

What is laying ahead is as interesting as it is perilous. In the upcoming period, the new opposition or independent MPs, especially those who claim to be the forces of change, will try to solve insoluble puzzles.

Let us summarize the general situation. Lebanon is going through the worst economic crisis in its history and the central bank’s reserves are about to be exhausted.

They are currently estimated at $11 billion and are shrinking as the Banque du Liban governor continues to inject part of them (about half a billion per month) into the banking system to support the national currency.

The land of the cedars needs financial aid as soon as possible, which can only come from the International Monetary Fund.

However, the IMF conditions its aid on the implementation of reforms.

This implies, and this is the crux of the problem, that a government must be formed as soon as possible and that it must agree, at the very least, on the international organization’s priorities.

Let’s get back to politics. The new parliament is likely to be divided into three blocs.

The first, the largest, is formed by Hezbollah and its allies, including the Amal Movement and Free Patriotic Movement.

It has the advantage of asserting itself as such, but it is riven by deep-seated differences and rivalries, mainly between the Free Patriotic Movement and the Amal Movement.

This bloc’s priority is not to reform the system but to survive within it, and as such it risks being the main obstacle to any change.

Both Hezbollah and Amal, and the FPM will not agree, for example, not to participate in the government: FPM leader Gebran Bassil has already warned that resurrecting the option of a cabinet of technocrats is out of the question.

The second bloc, which traditionally represents March 14, includes all those who make the fight for sovereignty their priority, including the Lebanese Forces.

Bolstered by its victory in the legislative elections and the support of Saudi Arabia, Samir Geagea’s party seems to be in a logic of total confrontation with Hezbollah, which leaves no room for compromise. This risks reinforcing the deadlock and compromising the government’s formation.

More generally, the approach of this heterogeneous bloc to the reforms is not clear for the moment. One could ask what the LF bloc position on the need for a law on capital control is or on the restructuring of the banking system.

The third bloc, which is no more homogeneous than the others, is formed by the opposition or independent MPs. They were elected on the promise of opposing the ruling class and should probably refuse any kind of compromise.

This posture, while morally honorable, may have deleterious effects politically and contribute to their isolation in Parliament. Their ability to form circumstantial alliances with the traditional parties will determine their success in the legislature.

In this context, can there be a majority of “reformers” in Parliament?

For the moment, this is not clear. Among these three blocs, there is a gray zone of independent figures or smaller parties that, depending on the issue and their interests, may align themselves with one or the other.

In a functioning parliamentary democracy, this structure would give rise to a rather exciting political game whereby MPs can be allies one day and rivals the next.

In Lebanon, however, the room for maneuver is much more restricted.

The first parliamentary juncture should provide a perfect example. Parliament Speaker Nabih Berri, a candidate for his own seat, is theoretically in a poor position to keep his position as the head of the Parliament.

But what is the alternative for the opposition, considering that there are no other candidates for the post and that all Shiite MPs are members of Hezbollah or Amal?

There is nothing in the Constitution that obliges them to elect a Shiite (or Sunni prime minister, or Maronite president) but challenging this unwritten rule would be considered by the two parties as a declaration of war.

For the opposition, the best scenario is one in which Berri would be elected with the fewest votes, and therefore legitimacy, possible.

This would not radically change the situation and the Amal leader, who is seen as one the main obstacles in the way of reform, would retain one of the most strategic positions in the state.

But the opposition can bet on one thing, that the more undermined he is, the more likely he is to make concessions.

The same logic is likely to apply to the prime minister designation and the government formation. The choice of the premier is usually agreed upon beforehand.

Can this be the case today? Nawaf Salam, the former Lebanese ambassador to the United Nations could be the candidate of both March 14 and MPs represent the Oct. 17 revolution. But his political stance has earned him the hostility of Hezbollah.

Should there be a tug of war over this issue, which is less existential for Hezbollah than the retention of Berri as head of Parliament?

And then, once the premier has been appointed, should the opposition accept the formation of a government of national unity, as Hezbollah, Amal, and FPM bloc wish?

This election marks the beginning of a new era, but one that cannot really express itself because the “system” in which it is born is so out of breath.

In this context, those who claim to be in the opposition have only two possible choices.

The first is to try to move forward in small steps, sometimes making compromises and accepting that the road is long and full of pitfalls.

The second is to play the opposition card to the fullest, at the risk of an institutional vacuum, both at the premiership and the presidency level.

Both options are valid but have their limits.

We do not have the luxury, in the current situation, of not having a government for months on end, the advocates of the first option might argue.

The governments of national unity that have been in place since the outbreak of the crisis, under the pretext of responding to the emergency, have so far failed to carry out any of the necessary reforms, the supporters of the second option might reply.

Both would be right to some extent, but neither solution would solve the problem.

It is now up to the opposition to decide: what is the lesser evil?

Everything’s changed, but nothing’s changed. This is the main paradox that emerged from the Lebanese legislative elections results.The political game has been largely turned upside down: no one can claim to have a majority anymore and there are many gray areas concerning the formation of future parliamentary blocs, alliances — circumstantial or not — within Parliament and the positioning...