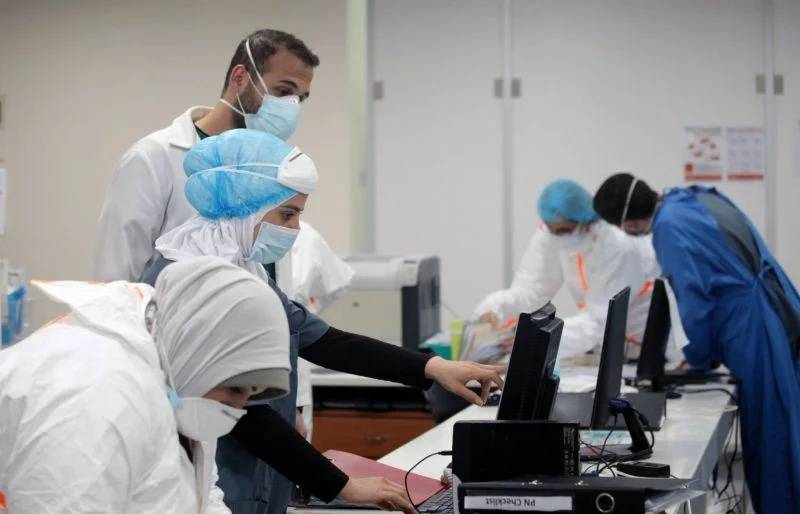 • During a radio interview Saturday, Mokdad said that the “lack of societal responsibility and the recklessness occurring among citizens at the level of adherence to preventive measures are among the causes of the expected disaster,” adding that the committee had warned 15 days ago that cases would soar and that a fourth wave of the epidemic was in the making.

• Mokdad also warned that the crisis today lies in “the very limited number of hospital beds, and the limited amount of medicines due to scarcity and high prices, as the citizen is unable to pay the bill.”

• Lebanon’s ongoing economic crisis has led to medications shortages and the partial or total removal of state subsidies on many drugs, rendering them unaffordable to large segments of the population.

• Abiad, for his part, started the year with a tweet highlighting that “vaccines save lives,” explaining that those being admitted to hospital with the virus are mostly unvaccinated, while vaccinated patients remain at home “because the infection is mostly less severe.”

• Twelve months ago, with COVID-19 case numbers similarly rising but in a pre-vaccination climate, Lebanon entered a countrywide lockdown at the end of the first week of January. On Friday, Abiad said that a new lockdown has not been recommended as yet and that hospitals’ ability to open more beds and the severity of virus cases would “dictate the next steps.”

BEIRUT — Parliamentary health committee member MP Ali Mokdad warned Saturday that Lebanon is awaiting a “disaster” as new COVID-19 cases exceed 4,000 for two consecutive days. Meanwhile, Health Minister Firass Abiad’s first tweet of the new year emphasizes the role of vaccines in minimizing the impact of the coronavirus.Here’s what we know:    • During a radio interview...