Capital control law discussion, assistance program registration launch, high winds ahead: Everything you need to know to start your Wednesday

Here’s what happened yesterday and what to expect today, Wednesday, Dec. 1 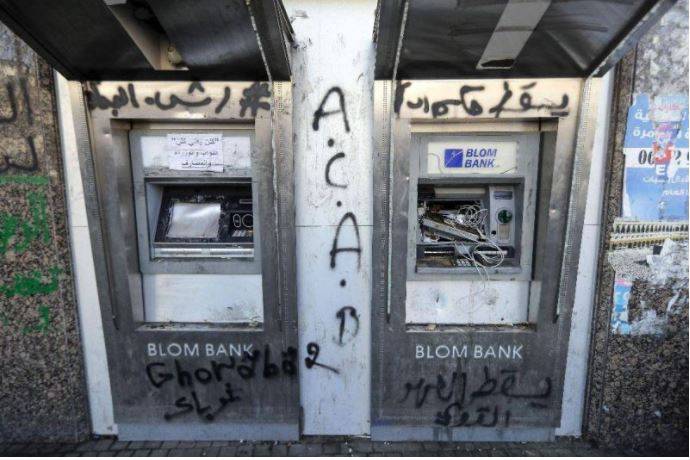 The draft capital control law will once again be up for discussion in a joint parliamentary committee session today. The draft law remains unpassed more than two years into Lebanon’s banking crisis, leaving depositors at the mercy of commercial banks’ ad hoc restrictions on their access to their money. The law was scheduled to be voted on in Parliament in October but was sent back to committee level for further amendments demanded by the International Monetary Fund. Speaking to L’Orient Today, MP Alain Aoun (FPM/Baabda) said that the IMF’s comments on the capital control law will be reviewed during today’s session of the finance, budget, administration and justice parliamentary committees, scheduled by Parliament Speaker Nabih Berri. The capital control law is one of the IMF’s main demands in its negotiations with the Lebanese government to unlock a financial rescue package for the beleaguered Lebanese state.

The registration platform for a long-awaited ration card and a separate cash assistance program is finally set to launch today. The Finance Ministry, Economy Ministry, and the Central Inspection along with the World Bank are scheduled to launch the platform at 12 p.m. The platform will be used to sign up beneficiaries for a World Bank-funded cash assistance program and a separate government ration card program. Registration for the ration card was originally intended to start Sept. 15, with the delay blamed at the time on questions about the eligibility standards and the registration platform as well as about funding for the program. The cash assistance scheme, which falls under the Emergency Social Safety Net loan program, was authorized by the World Bank in January and gained Parliament approval in March. The program was not launched at the time because of several procedural barriers, including changes to the loan agreement made by the previous government and approved by Parliament without first being authorized by the World Bank. Even though registration for the programs is set to open today, it remains unclear how long beneficiaries will wait before seeing any tangible assistance under either plan.

Activists staged a sit-in outside the Constitutional Council yesterday in Beirut, urging the institution to reject the Free Patriotic Movement’s request to invalidate electoral law modifications for upcoming parliamentary polls. Tens of activists from the “Revolutionary Platform of Mount Lebanon” gathered to urge the council to ignore the FPM’s appeal to invalidate the amendments under which the vote is now scheduled for March 27 instead of May 8 and Lebanese expatriates will cast ballots across the 128 parliamentary seats instead of in a special six-MP constituency. The demonstrators presented the president of the Constitutional Council, Judge Tannous Mechleb, with a petition to this effect comprising 15,000 signatures. On Nov. 17, the FPM filed a request with the Constitutional Council to have the modifications declared illegal. If the demand is granted, parliamentary elections will be held in May 2022. If not, Interior Minister Bassam Mawlawi, who must co-sign the proclamation indicating the call to vote with Premier Najib Mikati and President Michel Aoun, will decide when the elections will take place. But if the elections are planned for March, the president has made clear that he will refuse to sign. Against this backdrop, Samir Geagea, leader of the FPM’s rival Christian party the Lebanese Forces, told Reuters that postponing the elections would condemn Lebanon to a slow death.

Lebanon’s tourism sector is experiencing a “great depression,” according to the hotel owners’ syndicate head. Pierre Achkar, the leader of both the Federation of Tourism Syndicates and the hotel owners’ syndicate, voiced scant confidence yesterday in a triumph for tourism during the approaching holiday season, saying the industry is in “grave depression” due to the country's economic woes. Moreover, since the 2020 Beirut port explosion, which damaged swaths of the country’s capital city, 2,000 hotel rooms have remained shuttered, according to Achkar. The challenges to the sector of a collapsing economy and the port disaster are likely only to be compounded by a dramatic increase in theft and murder cases in Lebanon since the onset of the financial crisis in 2019. Figures from International Information, an independent regional research and consultancy firm based in Beirut, reveals that thefts increased by 266 percent, murders by 101 percent and the number of the stolen cars by 212 percent in the first 10 months of 2021 in comparison to the same period of 2019.

Lebanon’s interior minister urged caution today in anticipation of a storm characterized by unusually strong winds. Bassam Mawlawi warned that the inclement weather could “cause the fall of billboards, trees, and poles and thus constitute a risk for public health.” Mawlawi issued a statement yesterday evening advising the public not to walk on the streets and urging them not to exercise outdoors as the storm will be accompanied by winds of more than 90 kilometers per hour.

Want to get the Morning Brief by email? Click here to sign up.The draft capital control law will once again be up for discussion in a joint parliamentary committee session today. The draft law remains unpassed more than two years into Lebanon’s banking crisis, leaving depositors at the mercy of commercial banks’ ad hoc restrictions on their access to their money. The law was scheduled to be...