UNICEF sounds alarm on Lebanon, inflation up by triple digits again, BDL has not provided figures to IMF: Everything you need to know to start your day

Here's what happened yesterday and what to expect today, Wednesday, Nov. 24 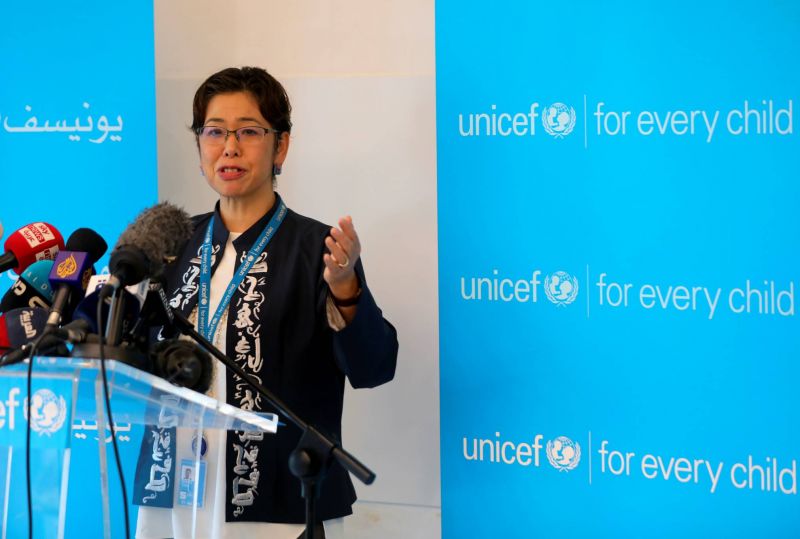 UNICEF detailed the devastating impact of the Lebanese crisis on children in a new report. A report released yesterday by the UN Children's Fund, based on telephone interviews with 1,244 households in April and another 838 in October, found that the rate at which Lebanese parents are sending their children to work had increased sevenfold to 7 percent in that period, in some cases coming at the expense of their schooling. Including non-Lebanese children, the child labor rate reached 12 percent. The report also outlined that between April and October 2021, the rate of Lebanese children not receiving needed primary healthcare grew from 18.2 percent to 35.8 percent in Lebanese households. It also noted that the incidence of hunger is on the rise, with the rate of at least one child in the family skipping a meal rising from 37 percent to 53 percent in the same period.

Inflation continues to rise, with transportation prices skyrocketing more than 500 percent year-on-year. Figures released yesterday by the Central Administration of Statistics showed triple-digit inflation across the board, with October 2021 prices standing 173.57 percent higher than those of October 2020. In the transportation sector, prices rose by 508.23 percent, largely driven by the removal of subsidies on fuel. In addition, prices of food and non-alcoholic beverages rose by 303.66 percent. Meanwhile, as school-aged children are going back to classes for the first time in two years, the price of school books and supplies rose in price by 180.92 percent in just one month.

BDL has yet to disclose a final estimate of the financial sector’s losses to the IMF, BDL Governor Riad Salameh told Reuters yesterday, contradicting Prime Minister Najib Mikati's earlier assertion that officials had handed over "unified financial figures." In 2020, a government plan developed with assistance by the Lazard firm estimated the losses at $70 billion, which was disputed by the banks and stalled at the budget and finance committee. The dispute over numbers led IMF talks to falter. Salameh added no decision would be taken as to who would bear the brunt of the losses as the central bank was still in process of finalizing figures and collecting data. He cited a self-imposed deadline of year’s end to complete the work. Also, in a statement released yesterday, Salameh said he would fully comply with the requirements of the forensic audit being conducted by Alvarez & Marsal. This came amid rumors that the firm would cancel its contract again in light of lack of compliance on the central bank’s side. It had previously canceled a contract last year after BDL refused to hand over all documents requested. At the time, BDL cited the banking secrecy law as the reason for its noncompliance. The audit is a key demand by international donors to unlock financial assistance, including a much-needed IMF assistance package.

The parliamentary Health Committee discusses reinstating subsidies on some drugs but did not reach an agreement. Health Committee head MP Assem Araji said yesterday that the lawmakers had discussed, among other possibilities, a proposal to subsidize medicines with $30 million for a period of three months, a week after the health ministry lifted subsidies on an array of chronic medications. However, officials have not agreed on a plan yet and potential measures are still under discussion between the committee, Prime Minister Najib Mikati and Health Minister Firass Abiad, Araji said.

The Budget and Finance committee discussed increasing the so-called “lollar” rate. MP Ibrahim Kanaan, the committee’s head, signaled his displeasure with the exchange rate at which dollar deposits are paid out by banks. He said he would call a Parliament meeting to question the government if the bank rate, which stands at LL3,900 per dollar, is not dealt with, given that the market rate is hovering at LL23,000. Also yesterday, Kanaan noted that there is still no source of funding secured for the government’s planned ration card. Earlier this month, Social Affairs Minister Hector Hajjar had told journalists that funding for the program depends on first getting a separate World Bank-funded cash assistance program that has been delayed for months off the ground, which will require action by Parliament.

CORRECTION: A previous version of this post reported the previous estimate of financial sector losses in Lebanon as around $90 billion. The correct figure is $70 billion.

Want to get the Morning Brief by email? Click here to sign up.UNICEF detailed the devastating impact of the Lebanese crisis on children in a new report. A report released yesterday by the UN Children's Fund, based on telephone interviews with 1,244 households in April and another 838 in October, found that the rate at which Lebanese parents are sending their children to work had increased...