Could the parliamentary elections be canceled? 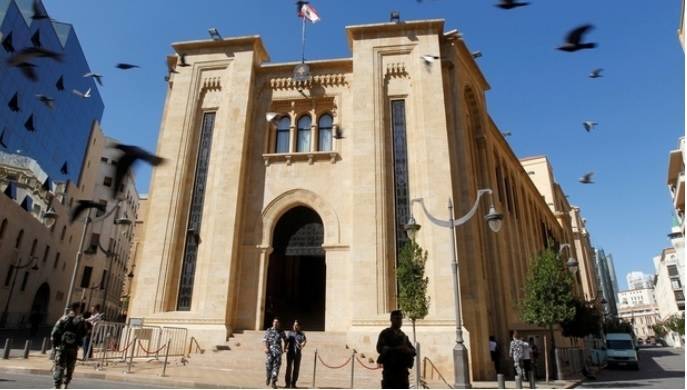 A few months out from the legislative elections slated for March 27, ambiguity continues to surround the vote’s election date, with fears that it might be canceled altogether. Some political parties appear to have an interest in not seeing the elections take place given the current deep mistrust in the ruling class.

In October, Parliament voted to amend the electoral law by an overwhelming majority, moving the date up to March 27 from the originally scheduled date in May — a decision opposed by the Free Patriotic Movement, which said it intended to file an appeal to reverse it.

According to an FPM source, the party has prepared an appeal that targets not only the date change but also another amendment that allows expat voters to cast their ballot for MPs running to represent their town of origin, instead of being allotted six separate seats specifically for the diaspora.

The appeal, which must be presented to the Constitutional Council, has yet to be filed. Legally speaking, the FPM has until Nov. 19 to do so.

“The text of the appeal is ready. It should be submitted by the end of the week,” the FPM source told L’Orient-Le Jour.

Once the appeal is filed, the Constitutional Council has a month to issue a decision. This procedure would push back by several weeks an entire series of consecutive deadlines: convening the electoral colleges, candidates’ registration, the announcement of electoral lists.

Under this scenario, political parties would have less wiggle room to prepare their electoral campaigns — a race against time that would certainly spice up the competition but does not necessarily mean the vote’s outright cancellation.

While the Amal Movement has openly accused the FPM of working to torpedo the elections, the Aounist camp claims that its detractors and the parties that voted for early elections are seeking to use the FPM as a scapegoat for responsibility for any delay in the elections being held, or even their possible cancellation, based on its appeal of Parliament’s decision.

“In the worst-case scenario, the election date would be pushed back until May if the appeal is accepted. But this can in no way be taken as a pretext to accuse us of seeking to put a spoke in the elections’ wheels or to cancel the ballot altogether,” the same Aounist source said.

Another scenario that could play out: once the Constitutional Council issues a decision, the various political players could be forced to postpone the election date so as not to be pressed for time — a procrastination measure Amal has also accused the FPM of.

On Nov. 1, Amal’s political bureau said that “no political party can provoke controversy or raise doubts in a bid to torpedo the ballot,” denouncing what the party called fomenting “constitutional disputes to defend the interests of a movement.”

If an appeal were to be accepted and the amendment rejected, the text of the original law would remain in force, and the elections would have to take place in the first or second week of May rather than in March.

If the appeal were to be rejected and the election date set for March 27, Interior Minister Bassam Mawlawi, who must sign the decree along with the president and the prime minister, is not bound to respect the MPs’ decision.

Foreign Minister Abdallah Bou Habib, who is close to the Aounist movement, informed the interior minister yesterday that his ministry might not be able to organize the diaspora vote in time for elections to be held early.

In a lengthy missive, he regretted that his ministry’s opinion had not been followed when Parliament voted on the electoral law amendments, and asked not to be blamed in case it fails to adhere to the new deadlines and “the emigrants’ right to vote [is] not respected.”

“Whatever the case, there is no technical reason for not holding the ballot,” says an expert, speaking with L’Orient-Le Jour on condition of anonymity. Any reason for calling off the elections would therefore be found in the political sphere.

Canceling the elections would also require the political forces to have the guts to make such a decision in the face of pressure by the international community for the vote to be held. They could run the risk that major powers would end up refusing to pump any more money into a country that is already experiencing its worst economic crisis in decades.

“In 2013, they didn't really need to find an excuse,” says Rabih Habre, an elections and statistics expert. Back then, “the threat of terrorism” justified calling off the elections.

The Parliament at the time extended its mandate by a period of 17 months in May 2013, delaying the elections that were scheduled for June 2013 due to the political parties’ inability to agree on an electoral law and, most important, to deep divisions triggered by the war in neighboring Syria. An overwhelming majority of 98 MPs voted in favor of this extension.

“This action was necessary to ensure that there was no [institutional] vacuum or rise in security incidents. It was driven by the circumstances,” Fouad Siniora, then the head of the Future Movement’s parliamentary bloc, said at the time.

This unpopular measure was met with wide-scale criticism from opposition forces. It was contested especially because it set a precedent, and would go on to pave the way for two additional extensions — by a period of two years and seven months in 2014, thus enabling the MPs to effectively complete an additional legislative term following the first extension in May 2013, and another in 2017 for a period of one year. On these occasions, an institutional vacuum and instability were also put forward as arguments.

Amid heightened political tensions locally and in the region — from the dispute over the Beirut port explosion probe to the recent diplomatic spat between Lebanon and Gulf countries to the incidents in Tayyouneh — the political caste could recycle security and political tensions as an argument to prevent the elections from being held again.

This is the easiest way to sweeten the pill in a country where the political landscape has always been marred by turmoil. But doing so would require an agreement among competing political parties, which seems complicated.

Indeed, some parties, including the Lebanese Forces, seemingly have an interest in maintaining the ballot. Meanwhile, all political parties without exception act as if the elections will be held on the earliest possible date.

The experts have underscored it: all of the political parties’ electoral machines have started to operate at full capacity to avoid being taken by surprise.

A few months out from the legislative elections slated for March 27, ambiguity continues to surround the vote’s election date, with fears that it might be canceled altogether. Some political parties appear to have an interest in not seeing the elections take place given the current deep mistrust in the ruling class.In October, Parliament voted to amend the electoral law by an overwhelming...