Here’s what happened over the weekend and what to expect today, Tuesday, Oct. 19 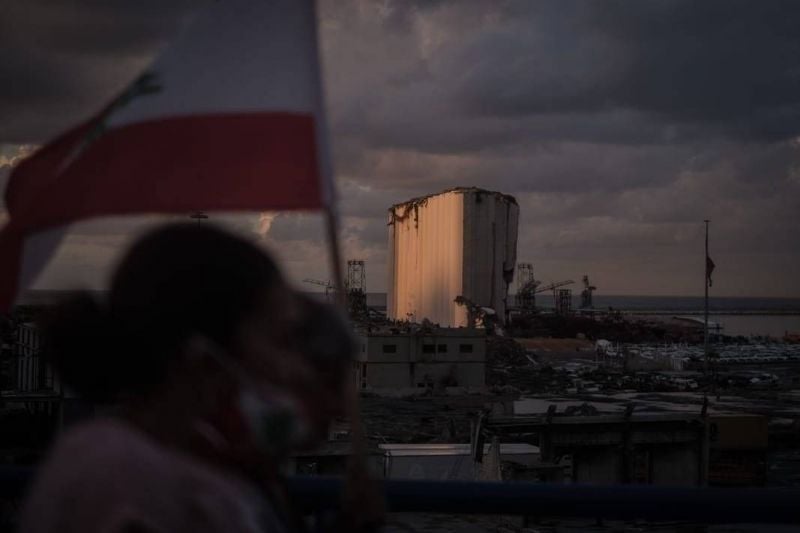 Demonstrators move toward the Beirut port as they mark the second anniversary of the Oct.17, 2019, uprising. (Credit: João Sousa/L’Orient Today)

In a televised speech last night, Hezbollah’s leader laid the blame for last week’s clashes in Beirut’s Tayyouneh area on the Lebanese Forces, accusing them of inciting civil strife in order to set up a Christian canton in the country over which they can govern. “All the evidence confirms that the Lebanese Forces party is the one that killed the Tayyouneh martyrs,” Hassan Nasrallah said, adding that the LF “has no problem causing bloody events ... even if it will lead to a large-scale military clash or a civil war.” He said his party had not engaged in disputes with the LF in past years because it did “not want problems” and is “keen on civil peace,” but that now it has 100,000 fighters with weapons prepared in case the conflict escalates. The speech came days after seven people were killed and dozens more injured when a protest called for by Hezbollah and the Amal Movement to denounce what a Hezbollah spokesperson said was the probe’s “politicization” escalated into armed clashes. The Hezbollah secretary-general said an investigation into Thursday’s incident was the “right path” forward.

Earlier in the weekend, Ibrahim Hoteit, the former spokesperson of a group of families of the 2020 port explosion’s victims, had released a video in which he called on Bitar to resign. Online activists, other victims’ families and Hoteit’s own relatives voiced concern that he was speaking under pressure, noting that the statement represented an about-face from the support for Bitar Hoteit had expressed in all his previous statements. But on Sunday Hoteit released another video in which he said he had not been forced to call for Bitar’s resignation. He said his volte-face came after he had called Bitar, and he claimed that he sensed that the judge would no longer interrogate anyone after Thursday’s clashes in Beirut. Following the first video’s release, other families of blast victims released a statement condemning Hoteit’s criticisms of Bitar and his investigation, renewing their expressions of support for the judge.

Hundreds rallied at Beirut’s Martyrs’ Square on Sunday to mark the second anniversary of the Oct. 17, 2019, uprising, and then marched to the Beirut port to light the so-called revolution torch. Just days after sectarian strife upended Beirut’s Tayyouneh area, the protesters gathered to mark two years since hundreds of thousands of Lebanese of all sects took to the streets to denounce the country’s rulers and demand a wholesale change of the political status quo. Just after 6 p.m., around the time of the Beirut port explosion, which took place less than a year after the revolution began, demonstrators lit the revolution torch in front of the port. The symbolic gesture was joined by the swell of the Lebanese national anthem, followed by calls from those gathered for Judge Tarek Bitar’s probe into the blast to be allowed to take place without political interference.

Prime Minister Najib Mikati said the cabinet will not convene again until the ministers agree on a solution to a dispute over Judge Tarek Bitar’s Beirut port blast probe. In an interview with the news site Al Modon, Mikati said, “The security situation is stable and there is no fear. But politically, I will not convene a cabinet meeting until I have found a solution to the problem. And I do not wish to provoke anyone.” The premier went on: “I notified everyone by informing them that I will not interfere with the work of the investigating judge at the Court of Justice, Tarek Bitar.” The disagreement has deepened divisions between Bitar’s supporters and opponents in recent days. On Tuesday the dispute over the investigation’s course caused the government to adjourn suddenly, and the next day a scheduled session was indefinitely postponed for the same reason.

Meanwhile, Parliament is set to convene today at 11 a.m. at the UNESCO Palace for its regular session. The session’s agenda includes electing members of parliamentary committees, reviewing the electoral law and discussing a quota system for women’s participation in the legislature. The session’s approach has been mired in controversy, as it brings with it legal cover for Ali Hassan Khalil and Ghazi Zeaiter, Amal MPs who have been summoned for questioning in the Beirut port explosion probe. Bitar issued an arrest warrant for Hassan Khalil last week after the former finance minister failed to turn up for his scheduled questioning. But with the opening of Parliament’s regular session — and the legal immunity it bestows — it appears that the parliamentarians will no longer be subject to prosecution.

CORRECTION: The Morning Brief originally erroneously reported that Hezbollah leader Hassan Nasrallah accused the Lebanese Forces political party of wanting to install total Christian leadership in Lebanon. Nasrallah in fact accused the party’s leader Samir Geagea of aiming to start a civil war with a view to establishing “a Christian canton [within Lebanon] over which he can govern on his own.”

Want to get the Morning Brief by email? Click here to sign up.In a televised speech last night, Hezbollah’s leader laid the blame for last week’s clashes in Beirut’s Tayyouneh area on the Lebanese Forces, accusing them of inciting civil strife in order to set up a Christian canton in the country over which they can govern. “All the evidence confirms that the Lebanese Forces party is the...

UNICEF sounds alarm on Lebanon, inflation up by triple digits again, BDL has not provided figures to IMF:...