Here’s what happened yesterday and what to expect today, Friday, Sept. 24, and this weekend 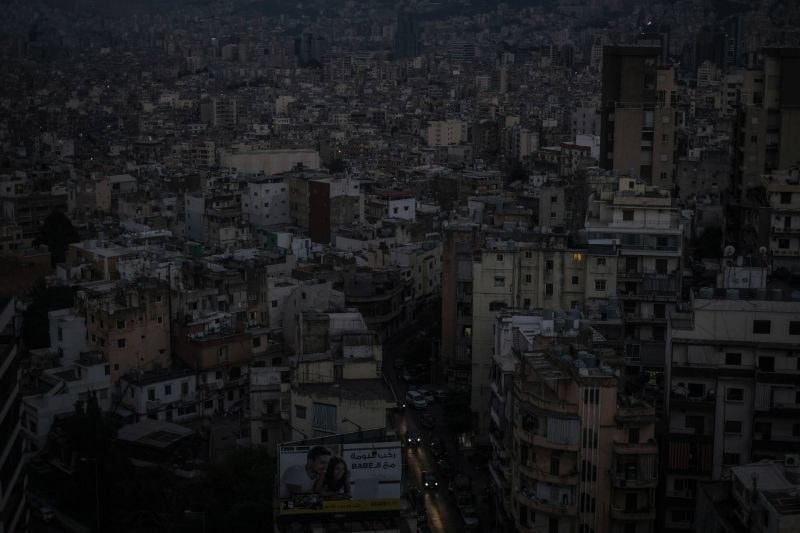 EDL warned of a “total blackout” by the end of the month as its power plants are close to running on empty. (Credit: João Sousa/L’Orient Today)

Électricité du Liban warned of the possibility of a “total blackout” by the end of the month as its power plants are running out of fuel. According to an announcement issued yesterday by the state power company, EDL’s remaining fuel stocks have plummeted, with those of the Jiyeh power plant and the two Turkish power barges being particularly hard-hit. A ship carrying 31,000 tons of fuel arrived in Lebanon last week as part of a complex agreement between Lebanon and Iraq, but an EDL source told L’Orient Today that weeks would likely pass before residents see an increase in the number of hours of state-provided power, currently only about two hours a day in many places — if they see an increase at all. Meanwhile, the Hezbollah news station Al Manar reported that a second Iranian fuel ship had arrived in Syria’s Baniyas port on Thursday, without saying when the fuel would be brought on to Lebanon. The fuel from the shipments, which Hezbollah leader Hassan Nasrallah has said will number at least four, is being distributed to needy institutions and individuals to help alleviate the country’s paralyzing fuel shortages.

The parliamentary elections scheduled for May 2022 could be moved up if Parliament amends the electoral law, Interior Minister Bassam Mawlawi reportedly said yesterday. The comments, made following a meeting with President Michel Aoun, came after local media reports suggested the elections could be bumped up to March to avoid campaigning during Ramadan. Some political parties have been calling for early elections, echoing a demand voiced by protesters in the streets since October 2019, while others have argued that any elections conducted under the current electoral law are likely to benefit establishment parties. Meanwhile, addressing fears voiced by some that the 2022 elections would be postponed, Joanna Wronecka, the United Nations Special Coordinator for Lebanon, tweeted yesterday that Mawlawi had reassured her that “preparations are underway for the conduct of 2022 elections on time.” Meanwhile, there has been considerable speculation about the role diaspora Lebanese will play in the polling. Under the 2017 election law, six seats are allocated to Lebanese living abroad, but some local media reports have suggested that this will not be implemented “for logistical and financial reasons.” When asked about the diaspora seats, Mawlawi said, “We are proceeding with the issue according to what the law stipulates. ... Any other legislative intervention is up to the Parliament.”

While a decision setting the exchange rate for “lollar” bank withdrawals at LL3,900 is set to expire next week, officials have yet to agree on a new rate. Following a meeting of Parliament's Finance and Budget Committee yesterday, committee chair Ibrahim Kanaan (FPM/Metn) said a potential change to the exchange rate for bank withdrawals of so-called lollars — US dollar deposits that are trapped in banks by informal capital controls and can be accessed almost exclusively in lira at severely depreciated rates — “is still on hold until the committee receives BDL’s figures.” He said a meeting with the central bank and the Finance Ministry will take place next week to discuss the matter. Calls for an increase in the lollar rate have gained steam as the lira’s depreciation has led to massive inflation in the prices of food, transportation and other daily expenses.

Prime Minister Najib Mikati is due to meet with French President Emmanuel Macron in France today over a working lunch. A spokesperson for the prime minister told L’Orient Today that Mikati’s trip has two main goals — one political and the other economic — but did not disclose any more details about the scheduled meetings. When Lebanese officials agreed on a cabinet lineup after 13 months of negotiations, Macron welcomed the government formation as an essential step for getting the country out of the deep crisis and emphasized the need for politicians to follow commitments that will unlock more international aid. Mikati is set to come back early next week as the new cabinet’s first meeting of the new cabinet is set to take place on Wednesday at the Presidential Palace.

President Michel Aoun is set to deliver a speech today at the UN General Assembly. International leaders will convene today at the 76th UN General Assembly in New York. Aoun will deliver his speech virtually. During last year’s session, Aoun made an appeal for the international community to assist in the rebuilding efforts after the Beirut port explosion and in addressing the country’s economic crisis. However, international donors had been reluctant to give aid in the absence of a government empowered to make reforms. With a new cabinet now formed, Aoun is expected to renew his appeal.

Want to get the Morning Brief by email? Click here to sign up.Électricité du Liban warned of the possibility of a “total blackout” by the end of the month as its power plants are running out of fuel. According to an announcement issued yesterday by the state power company, EDL’s remaining fuel stocks have plummeted, with those of the Jiyeh power plant and the two Turkish power barges...