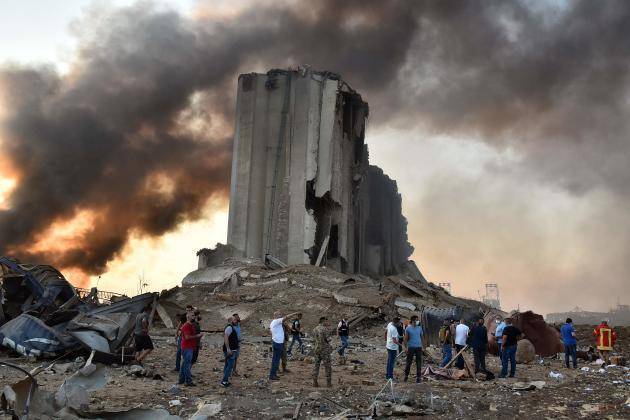 • Machnouk’s appearance before Bitar is scheduled for Sept. 30, while Khalil and Zeaiter have been summoned to appear on Oct. 1.

• Lebanese law states that within the period starting from Parliament’s vote of confidence in a new cabinet until the date its regular session begins — scheduled for Oct. 19 — MPs no longer enjoy the protection of parliamentary immunity. This period until the next parliamentary session can be shortened only by convening the legislature in an extraordinary session, which requires President Michel Aoun and Mikati to sign a decree to this effect.

• Whether the extraordinary session will be convened has not yet been decided, Aoun’s media adviser told L’Orient Today.

• The judge in July sent a letter to Parliament requesting the removal of the three legislators’ parliamentary immunities. Article 40 of Lebanon’s constitution stipulates that MPs are protected from being prosecuted or arrested for any criminal offense without Parliament’s permission, unless caught in the act.

• Khalil and Zeaiter, both Amal MPs, had been previously charged with criminal negligence and summoned for questioning by Bitar’s predecessor Judge Fadi Sawwan, who was removed from the investigation in February after the two MPs challenged the summons and asked for him to be replaced.

• Separately, a different judicial source confirmed to our sister publication L’Orient-Le Jour reports from LBCI journalist Edmond Sassine that Bitar had received a threatening message from Hezbollah security chief Wafic Safa, who allegedly said, “We have had enough of you. We will go to the end of the legal path, and if that does not work, we will remove you by force.” It was not confirmed whether the message was received verbally or via text. Hezbollah Secretary-General Hassan Nasrallah has become increasingly critical of Bitar’s investigation in recent weeks, publicly accusing the judge of political bias and suggesting he should be removed from his role if he continues in this manner.

• Hezbollah’s spokesperson could not immediately be reached for comment.

The Lebanese Judges Association has issued a statement denouncing “attacks on the judiciary” and...

The Lebanese Judges Association has issued a statement criticizing “the slandering and the doubting of...

Lebanon has registered 507 new COVID-19 cases in the past 24 hours. four people have died, raising the...

Maronite Patriarch Bechara al-Rai has called for the investigation into the Oct. 14 Tayyouneh clashes “to...

Presidential advisor and former Justice Minister Salim Jreissati has hit back at the Amal Movement’s...