The Lebanese Association for Taxpayers’ Rights is objecting the decision, which is awaiting Ghazi Wazni’s endorsement 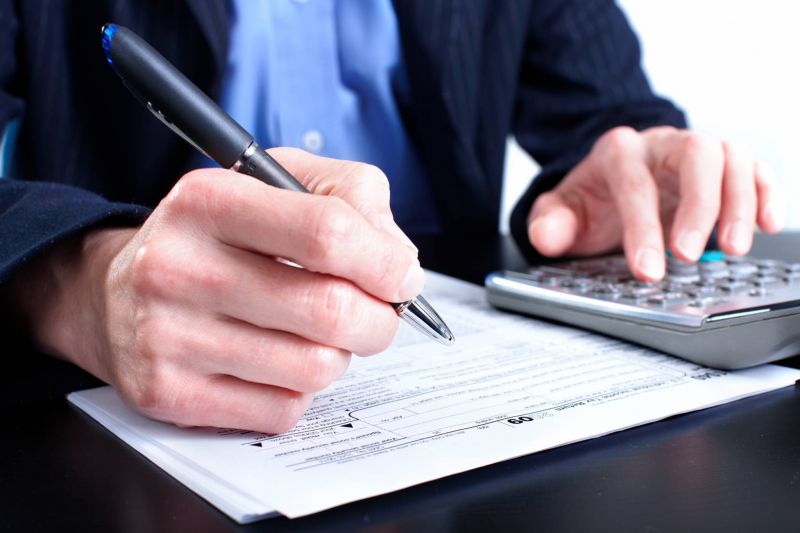 A recent Finance Ministry decision may lead to a hike in taxes for earners of so-called fresh dollars. (Credit: Bigstock)

Can the Finance Ministry really require employees to pay their taxes at the parallel lira-to-dollar exchange rate instead of the official rate to increase state revenues as the currency continues to devalue?

This question has been on Lebanese taxpayers’ mind since July 27, and rightly so. Their concerns arise from an email notice addressed to taxpayers by the ministry’s revenues collection director, Louay el-Hajj Shehadeh.

Drafted in reference to the law regulating income tax, the notice from now on calls on employers paying their employees partially or completely in “fresh dollars” or any other foreign currency to calculate the total taxable amount of that currency in lira at the parallel market exchange rate — currently at more than LL20,000 to the US dollar. This unofficial rate has, in the past two years, become the real indicator of the national currency’s value, which has been free-falling after being pegged for decades to the dollar.

Caretaker Finance Minister Ghazi Wazni has yet to officially endorse this decision, which if applied will have considerable consequences for taxpayers’ rights and obligations.

For a theoretical tax rate of 10 percent, the new deductible amount under the proposed scheme would be more than LL500,000, compared with about LL150,000, which is currently the case. In other words, the tax burden would increase by three and a half times.

The notice does not specify whether this measure would also apply to salaries paid in so-called lollars, or dollar deposits made before mid-2020 that have been trapped as a result of banks’ and can be retrieved only in lira at a severely depreciated rate.

While the revenues department’s measure is not illogical, considering the nearly bankrupt state’s need to boost revenues, the way it is being introduced engenders many problems, not least the issue of equity for taxpayers, who have already grown weary from the crisis.

The Lebanese Association for Taxpayers’ Rights — known by its French acronym, ALDIC — along with many entrepreneurs, including members of the Lebanese Businessmen Association, have denounced the ministry’s decision.

ALDIC President Karim Daher, a tax attorney, told L’Orient-Le Jour, “We understand the ministry’s equity-related motives, and we support them. However, equity is measured as a whole and not by the part.”

He highlighted the fact that the minister did not adjust the applicable tax deductibles to ensure horizontal equity. Nor did he adjust the various progressive income tax brackets, which are also determined based on the official rate, to ensure vertical equity.

Under the revised tax system, a large number of employees would fall into a higher tax bracket than they would if their taxable income is being determined fully at the official rate. For example, an annual salary of $12,000 in fresh dollars would amount to some LL240 million when converted at the current parallel market rate, and would be taxed at 25 percent, surely without taxpayers getting anything in return from the state, as per usual.

This is an issue that the ministry assures it is working on fixing through a bill that is still being prepared and will be finalized in the coming weeks, according to Maaraoui. However, such a bill cannot be submitted by a caretaker cabinet, and should be submitted through a member of Parliament.

An objection letter to the caretaker minister

ALDIC, meanwhile, has decided to take matters into its own hands. On Aug. 4, it presented the taxpayers affected by this measure with a draft letter of objection to be sent to Wazni and his ministry.

According to Daher, this process aims first and foremost to verify whether the minister endorses this newly introduced measure. If he does — or if he does not respond to the objection letter within two months — the decision could be considered a severable administrative act, which means that it affects taxpayers’ rights and obligations to the detriment of the hierarchy of norms and cannot be imposed by a caretaker minister, whose powers are limited under the constitution. In this case, the decision can be contested by every taxpayer through an appeal before the State Shura Council.

If the minister denies endorsing the decision, the notice will have no effect, and taxable incomes will continue to be calculated based fully on the official rate. Apart from drawing any conclusions on the minister’s intentions, the fact that a decision of this magnitude may be passed through a notice by one of his directors raises legitimate questions about its desired objectives, and ALDIC presents several arguments backing its objection.

First of all, ALDIC asserts that in the event that the minister endorses the notice, the decision constitutes a violation of the principle of the hierarchy of norms, which is enshrined in Lebanese law.

The measure introduced by the revenues director also contradicts Article 38 of Law 379 on value-added tax, issued on Dec. 14, 2001, as well as Article 18 of this law’s implementation decree, issued on Jan. 28, 2002, which state that taxable income should be determined based on the official rate at the time of an invoiced transaction.

Since 2012, BDL Circular 167/S1, adopted by the Finance Ministry, specifies that the exchange rate used should be the one indicated by the central bank the day before the invoice was issued — namely LL1,507.5.

The organization also regrets that the ministry did not seek the State Shura Council’s opinion regarding its intention to implement this measure.

ALDIC also calls out the ministry for the lack of precision in the revenues director’s notice, while the changes it entails would be colossal and the parallel market rate is extremely volatile. Over the past month, the exchange rate has fluctuated between LL17,000 and LL25,000.

Additionally, the organization criticizes the ministry for not mentioning any method for taxing lollars.

Finally, the organization refers to the inconsistencies this measure would create, forcing employees earning fresh dollars to calculate their taxes based on the parallel market exchange rate, while the National Social Security Fund’s subscriptions, for instance, are still calculated according to the official rate, even for salaries paid in foreign currencies.

ALDIC reiterates that BDL has yet to reconsider the official rate in question.

In fact, apart from temporary arrangements set forth in circulars 151 and 158, which limited the withdrawal of cash dollars and established the lollar rate, and Circular 150, which allows for the unconstrained flow of fresh dollars, the official rate remains applicable for foreign currencies disbursed in lira from accounts blocked by restrictions.

The temporary arrangements, as unjust as they may be, were also recognized by judges settling disputes between depositors and their banks and confirmed by a decision from the Justice Ministry’s Committee of Legislations and Consultations at the request of the Labor Ministry, which recognizes only the official rate.

It should be noted that in late December 2020, Wazni authorized businesses to consider the parallel market exchange rate when registering their transactions, also failing at the time to clarify several key points.

Can the Finance Ministry really require employees to pay their taxes at the parallel lira-to-dollar exchange rate instead of the official rate to increase state revenues as the currency continues to devalue?This question has been on Lebanese taxpayers’ mind since July 27, and rightly so. Their concerns arise from an email notice addressed to taxpayers by the ministry’s revenues collection...