The Lebanese crisis: A ‘wealth defense’? 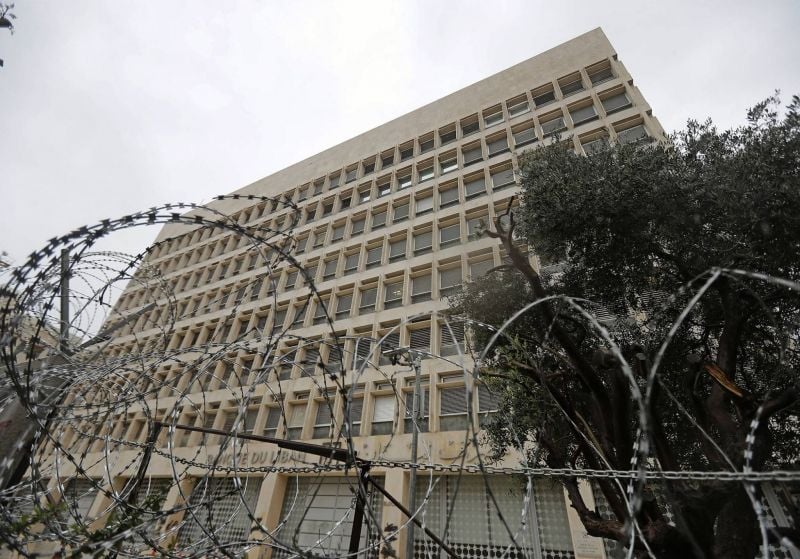 As Lebanon’s multidimensional crisis has swept through the country over the past two years, it has generated a downpour of analyses and recommendations that contrast with the ruling class’ apparent total apathy when it comes to addressing it.

This passivity toward an earthquake of such magnitude cannot be understood solely through an economic approach, which tends to hide power dynamics and violence within institutions.

Indeed, political rationality often goes hand in hand with economic irrationality whenever power systems are challenged. In other words, the current crisis proves that the ruling elite prefers a deadly status quo over any change in the rules of the game that may undermine its dominance.

To better understand the root of this crisis, it would be useful to adopt an institutionalist approach, relying mainly on the concept of “wealth defense” developed by the American political scientist Jeffrey Winters in a 2014 paper titled “Wealth Defense and the Limits of Liberal Democracy.”

Reflecting on the birth of federalism in the United States, Winters raises the following question: “How do the richest strata defend their fortunes against threats of taking and redistribution, particularly those arising from overt power plays as opposed to impersonal economic processes?”

According to this theory, federalism is an effective means — even more effective than violence — of freezing an institutionalized balance of power in favor of creditors. In this way, institutions are mobilized in service of defending their wealth; as a result, the few succeed in establishing their dominance over the many. Hence the paradox in democratic societies: there has never been much equality in rights, but there has never been so much wealth inequality.

However, wealth defense is not limited to a single institutional configuration, and can be also found in systems from American federalism and even European proto-federalism. The Lebanese crisis represents a radical embodiment of wealth defense, insofar as an oligarchy freed of any form of democratic ethics has ensured perpetual dominance through a complete mobilization of institutions.

Flaws in the economic model

Anchoring the national currency to the US dollar enabled the illusion that the economic model adopted in the 1990s would ensure enough purchasing power for citizens and exchange rate stability for investors. Significant clientelist expenses and allowances were financed without difficulty.

These arrangements may have seemed crucial to the existence of the post-Civil War state, which was partially the case, as any democratic reconstruction was ruled out in favor of an allied coalition of factions. Under these conditions, the banks, in collusion with the political powers, allowed wealth to concentrate in the hands of the few at the expense of the many.

However, this elite has failed to build a modern state, in the way Max Weber intends it: it does not possess the political tools to address the problems that any economy must face. It has, however, been reaping outrageous profits for a long time, feeding into a deeply unequal distribution of wealth.

The base of the problem has existed since the start of the “reconstruction”: very high interest rates and a drastic tax reduction policy to draw in investors with high incomes. However, a socioeconomic system built on growing public debt without a productive basis to balance it is an inverted redistribution of social wealth.

The Lebanese economy’s development model is based on the recommendations of the Washington Consensus: ever more external capital and free trade. Numerous commercial treaties weakened the Lebanese economy’s structure and exposed it to deregulated and unfair forms of competition, resulting in a growing deficit in current accounts. Consequently, economic policies have favored capital over any social ambition.

Recurring budget deficits also fed into the deficit of the current account balance. According to the economist Charles Abdallah, this effect is mutually reinforcing: due to the damages incurred by the productive base and increasing unemployment rates, the pressure for clientelist employment in the public sector has only escalated, which further fueled the public deficit.

Although reconstruction favored the banking, real estate and tourism sectors, this has not always been the case.

Before the war, the industrial sector’s share in the economy was rather significant; in 1972, it represented 20.4 percent of the GDP, compared with 7.2 percent in 2020, according to the World Bank. In addition, the agricultural potential of the country could have been developed, as highlighted by Albert Dagher, an economist and a professor at the Lebanese University.

However, this model does not appeal to the bloc whose interests are not served by the productive economy, which has been inspired by Gulf countries’ models. Revenue — financial or property — lies at the heart of this vision, which shaped an economy based on the export of its youth and dependence, as Charbel Nahas wrote in his 2020 book, An Economy and a State for Lebanon. In fact, remittances from emigrants amount to almost 25 percent of the national income.

Dependence on foreign capital played a major role on the eve of the 2019 crisis. Without the capital, Banque du Liban would not have been able to pay $4 billion in interest in return for the $60 billion in bank deposits in its accounts.

As a result, Lebanon has accumulated a debt that is 1.7 times the size of its economy. The monetary system did not garner trust, because attracting investors necessitated putting outrageous interest rates on lira deposits. The significant financial returns — reinforced by the fixed exchange rate — did not align with the surplus generated by the economy. While taxation is certainly flawed, no economic structure could fulfill this unreasonable demand for returns, barring growth rates that are in any case impossible.

The Syrian conflict in 2011 exposed the flaws in the model. The exchange rate anchoring policy and high interest rates aimed at stimulating capital inflows continued to amplify inflation and inequality, already well known in Lebanon.

The system was further undermined by the lack of trust, which has been growing over the decade since.

To protect the established interests, BDL decided to “buy time” with a new financial engineering scheme, generating almost 10 percent of the GDP in revenues for commercial banks, which scared the IMF in 2017.

As a result, interest rates soared up to 11 percent (and much higher in some cases) at a time when they were below zero in other countries. In 2018, the state spent half its total revenue to pay the debt service.

During the CEDRE conference in 2018, the elite’s response to the unsustainable financial model was to obtain a conditional loan of $11 billion, while promising to reduce the deficit from 11 percent of the GDP in 2018 to 0.06 percent in 2020.

Meanwhile, Lebanese society as a whole is further exposed to the intrinsic danger of the model: investors’ returns being financed by money brought in by other investors. To save the wealth of the few at the expense of the many, an unbelievable measure was authorized: savage capital controls organized by a private power — the Association of Banks in Lebanon — and validated by BDL. This is wealth defense, Lebanese style.

The ruling elite has rejected any policy aimed at rationally assigning the inherent losses to this impossible model, as if the large deposits and ill-gotten wealth over three decades should not be used to aid the collective recovery.

For the political class at the state’s core, it was a matter of not breaking with certain luxury imports to ensure its ostentatious consumerism, which enables it to showcase its social status.

Hence, wealth is well defended. The impoverishment of the many is the guarantor of the prominent position of the very few economically powerful and politically influential.

Since Oct. 17, 2019, large swathes of civil society have raised the issue of implementing a different socioeconomic model. Nonetheless, the ruling class has rejected any notion of a political alternative.

Therefore, the question to ask is how a state made up of factions could finally give way to an impartial state founded on the principle of genuine national representation. This would be the only way to ultimately be free of this very real debt slavery that is holding the future of Lebanese society hostage.

Jérôme Maucourant is a senior lecturer in economics at Université Jean Monnet (Saint-Étienne) and a member of Laboratoire Triangle at École Normale Supérieure de Lyon.

Frédéric Farah is an economics and social sciences professor and an associate researcher at Laboratoire Phare at the Sorbonne (Paris I).

As Lebanon’s multidimensional crisis has swept through the country over the past two years, it has generated a downpour of analyses and recommendations that contrast with the ruling class’ apparent total apathy when it comes to addressing it.This passivity toward an earthquake of such magnitude cannot be understood solely through an economic approach, which tends to hide power dynamics and...