Lebanon has deported 15 Syrian refugees, five of whom had attempted to reach Cyprus: rights monitors 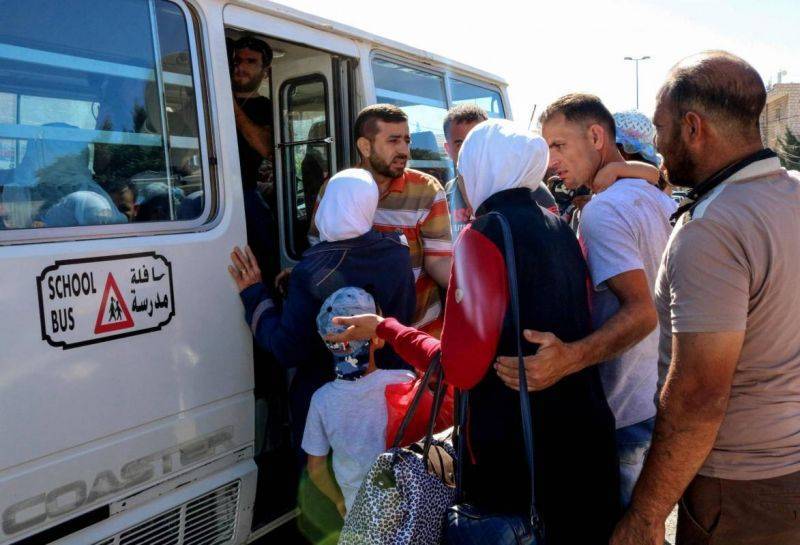 BEIRUT — At least five Syrian refugees who boarded a smuggler boat bound for Cyprus in hopes of escaping the deteriorating situation in Lebanon were instead deported to Syria after their vessel was pushed back to Lebanon by Cypriot authorities, human rights monitors said.

Marielle Hayek, program coordinator with the Access Center for Human Rights, a group that monitors the conditions of Syrian refugees in Lebanon, told L’Orient Today the group has confirmed that 15 Syrians were deported by Lebanese authorities on Tuesday, of whom five had been passengers on a boat that was intercepted on May 16 off the coast of Cyprus

“Cypriot authorities checked the documents of the people on board and then denied entry to Cyprus and pushed them back to Lebanon,” she said.

Of the 56 people who were on board, 18 Syrians were detained by Lebanese General Security because they had entered Lebanon irregularly since April 2019. Five of them were deported Tuesday and are now believed to be in detention in Syria, Hayek said. Others were either released or are detained in Lebanon and still facing potential expulsion.

Before 2019, Lebanon generally had a policy of not deporting Syrians, even those who lacked legal residency documents. However, in May of 2019, Lebanese authorities began implementing decisions by the Higher Defense Council and General Security that authorized them to forcibly deport Syrians who had entered the country illegally after April 24 of that year.

Hayek said the deportations seemed to have largely come to a halt in 2020 with the COVID-19 pandemic and closure of borders. Since then, she said, the group had documented one deportation case in April 2021, but this week’s expulsions “are the first collective cases that we know of.”

In response to questions about the deportations, a spokesman for General Security said the agency “does not carry out any forcible deportations of Syrians except for those to whom the decision of the Higher Defense Council issued on April 24, 2019, applies, which stipulates the deportation of Syrians who are proven to have entered Lebanon surreptitiously after that date.”

However, the agency posted photographs on its Twitter account Thursday showing its Director-General Abbas Ibrahim meeting with Cypriot Minister of the Interior Nikos Nouris and police chief Stelios Papatheodorou. A statement posted with the pictures said the men had spoken about “the issue of illegal immigration to Cyprus and how to deal with this phenomenon in the best and most effective way possible.”

When asked on Thursday about the deportations of Syrian refugees, the United Nations refugee agency (UNHCR) said it “could not comment on individual cases,” but added that “in all cases of potential deportation, UNHCR advocates for the appropriate legal and procedural safeguards to be applied, and for persons who express a fear of return to their country of origin to have their protection concerns fully assessed.”

The agency also provided statistics on people attempting to leave Lebanon on smuggler boats, with the numbers showing a surge over the past 18 months.

According to UNHCR, some 1,162 people — most of them Syrian — attempted to depart Lebanon on smuggler vessels between January 2020 and the end of May 2021, with 414 of them having departed in the first five months of 2021. The numbers mark a major increase from 2019, when about 270 passengers had attempted the journey throughout the year. In 2018, 490 people attempted the crossing.

UNHCR spokeswoman Lisa Abou Khaled said that from the conversations the agency’s staff had with the would-be migrants, it was “evident that these are desperate journeys undertaken by people who see no way of survival in Lebanon as the socio-economic situation is continuously worsening.”

A minority of the would-be migrants actually made it to their destination. Of the nine boats known to have departed in 2021, only two successfully arrived on Cypriot territory, while six were intercepted by Lebanese authorities before getting out of Lebanese waters, and one was pushed back by Cypriot authorities.

Human rights organizations and European authorities have criticized Cyprus for its aggressive handling of asylum seekers. A 2020 Human Rights Watch report found that Cypriot coast guard patrols had “summarily pushed back, abandoned, expelled or returned more than 200 migrants, refugees and asylum seekers coming from Lebanon during the first week of September 2020, without giving them the opportunity to lodge asylum claims.” They did so, in some cases, by brandishing weapons at the arriving boats or circling them at high speed, and in one case a coast guard boat rammed a wooden vessel full of people, the report said.

Cypriot authorities, meanwhile, have maintained that the country is “facing huge challenges concerning arrivals of irregular migrants on the island” and says the migrants who were sent back had not requested international protection.

This story has been updated to include a comment from Lebanese General Security.

BEIRUT — At least five Syrian refugees who boarded a smuggler boat bound for Cyprus in hopes of escaping the deteriorating situation in Lebanon were instead deported to Syria after their vessel was pushed back to Lebanon by Cypriot authorities, human rights monitors said.Marielle Hayek, program coordinator with the Access Center for Human Rights, a group that monitors the conditions of Syrian...