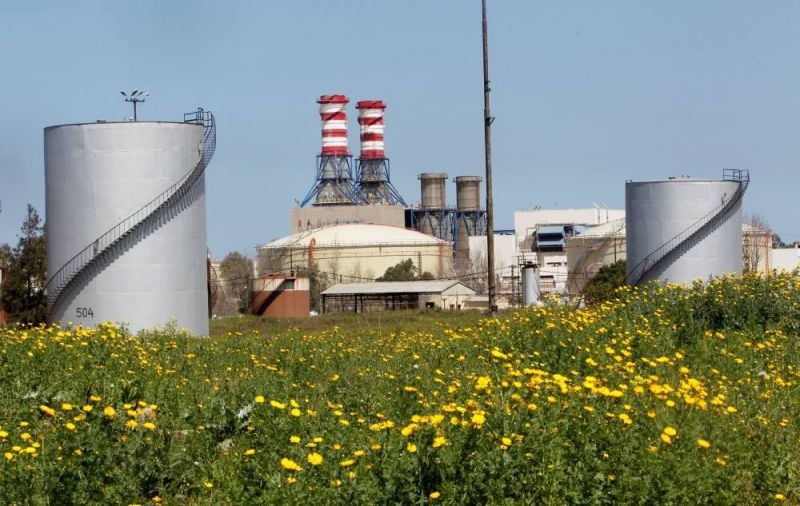 BEIRUT — Lebanon is set to experience even more hours of state electricity cuts in the coming days after a major power plant in southern Zahrani was forced to shut down, having run out of gas oil.

The facility, one of the four major plants supplying electricity throughout Lebanon, contributes some 420 megawatts of electricity to the grid when operating at full capacity, according to Marc Ayoub, an energy researcher at the American University of Beirut’s Issam Fares Institute. This equates to about 20 percent of the country’s total output of some 2,000 MW.

The shutdown occurred after a tanker carrying 60,000 tons of gas oil was prevented from off-loading at the plant due to discrepancies in testing the oil, a source at Lebanon’s public utility, Électricité du Liban, told L’Orient Today.

A $35 million letter of credit has already been opened to pay the oil tanker, the source said, adding that it can be canceled in case the testing issue isn’t resolved.

“It’s an issue related to the methodology of testing between Bureau Veritas” — the company that tests the specifications of the fuel before it is off-loaded — “and Siemens,” the German manufacturer of the plant, the source added.

According to Ayoub, Bureau Veritas “usually takes a sample, sends it to Dubai for testing and then approves the shipment.”

In this case, Siemens is requiring a new testing technique that according to Bureau Veritas cannot be done in the labs, he said.

“We are currently waiting to see if the issue will be resolved,” the EDL source said.

Neither Siemens nor Bureau Veritas could be reached for comment.

The fuel shipment was purchased off the so-called spot market, which is costly and requires Lebanon to use its dwindling foreign currency reserves. The country has filled most of its fuel needs in this way after its contract with Algerian oil giant Sonatrach ended last year over a “tainted fuel” scandal.

Should unloading the fuel in Zahrani not become possible, the EDL source said, “it is possible to acquire another cargo from the spot market.”

However, these on-the-spot purchases are also vulnerable to failing to meet the specifications required to off-load.

The stoppage comes as residents have already experienced longer-than-usual state electricity cuts amid reports of an insufficiency of fuel.

EDL runs a large deficit due to faulty infrastructure, high production costs and insufficient revenue streams. As a result, the capital city of Beirut, which experiences the most consistent electricity supply, had for decades experienced cuts of three hours per day, while the rest of the country shouldered even longer cuts.

Now electricity supply has only worsened as Lebanon grapples with its worst economic crisis in decades — and is expected to become less still now that the Zahrani plant is offline.

“Fuel was already being rationed so we expect a slight drop in supply until the plant is replenished,” the source said.

While a Kuwaiti oil tanker also set to provide the Zahrani plant with fuel will soon be on the move again after getting stuck in the Suez Canal blockage last week, Tripoli port director Ahmad Tamer said its arrival depends on “when traffic on the canal goes back to normal, which could take three to four days.”

Making matters worse, the EDL source said that another of the four major plants, in northern Deir Ammar, has enough fuel to sustain operations for only another three to four days. This plant, too, is awaiting both the Kuwaiti tanker and the tanker currently delayed near Zahrani.

On Monday, MPs approved a LL300 billion treasury advance to EDL to purchase fuel for power generation for the coming year. The transfer, which amounts to some $200 million, should pay for the fuel to supply the country’s power plants for the next month and a half.

Meanwhile, officials appear to be nearing an agreement with the Iraqi government to receive fuel in exchange for medical services, with Parliament green-lighting its general framework, but this has yet to be finalized.

EDL is also currently looking into the possibility of borrowing 3,000 tons of fuel earmarked for the Lebanese military to operate the Zahrani plant, but is awaiting the approval of the Energy Ministry, the source said.

“This needs to be done in coordination with the army,” the source said.

BEIRUT — Lebanon is set to experience even more hours of state electricity cuts in the coming days after a major power plant in southern Zahrani was forced to shut down, having run out of gas oil.The facility, one of the four major plants supplying electricity throughout Lebanon, contributes some 420 megawatts of electricity to the grid when operating at full capacity, according to Marc Ayoub,...