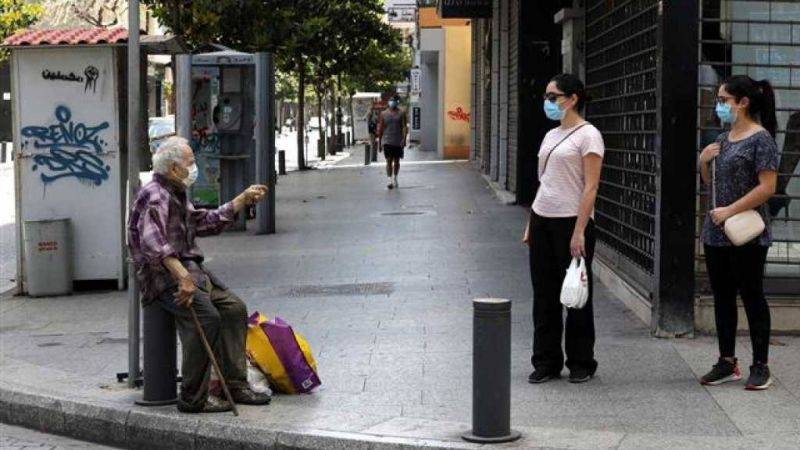 The ESSN will target some 200,000 Lebanese households, almost all of whom fall below the extreme poverty line. (Credit: AFP)

While the 2021 preliminary draft budget, presented almost four months late to the Cabinet, is still awaiting government approval and has therefore been delayed in heading to Parliament for a vote, a World Bank loan agreement has been put on an expedited and constitutionally shaky track for approval.

In fact, the caretaker cabinet has sent the agreement to Parliament for ratification. The agreement has already been discussed in parliamentary committees and will now be submitted for debate in the plenary session.

This is despite the fact that this is not the prerogative of a resigned cabinet and no other draft law has benefited from this fast-track procedure.

The World Bank, on the other hand, which has been calling for “transparency” and accountability at every step under its overarching framework of “governance,” did not object to the constitution twisting to ratify its loan agreement.

The loan of $246 million is dedicated to the creation of an Emergency Social Safety Net (ESSN), which in the words of the World Bank, aims to “arrest the increase in extreme poverty” in Lebanon, via a three-year targeted cash transfer program.

In broad terms, ESSN is a scale-up — in terms of the number of beneficiaries and the type of benefit, which this time includes cash transfers — of the National Poverty Targeting Plan (NPTP), which has been in force since 2012.

Every selected household will receive LL200,000 per month along with an additional LL100,000 per member, with a ceiling of six members.

In total, the ESSN will target some 200,000 Lebanese households, almost all of whom fall below the extreme poverty line. This is estimated by the World Bank to be 22 percent of the population.

In the context of the current serious economic, social and financial crisis, is it reasonable to oppose direct financial aid targeting the most in-need? In reality, this type of aid program ought to be analyzed and thoroughly discussed in a bid to address its technical shortcomings, as well as its longer-term political implications.

The ESSN, in fact, presents certain limitations that greatly impair its effectiveness in relation to its stated goals.

First of all, while the loan is provided to the government — and will be repaid by the government — in dollars, the aid transfers will be distributed to recipients in Lebanese lira, albeit at a “negotiated” exchange rate of LL6,240 to the dollar.

Although the World Bank states on its website that this is the “highest rate obtained for any internationally financed program” in Lebanon, this does not justify why 30 percent of the real value of the loan would remain in the state’s coffers without any possible monitoring of its use.

Moreover, amid the significant inflation Lebanon is currently experiencing, (food prices rose by 134 percent year-on-year in December 2020, according to the Consultation and Research Institute), the real value of this benefit is likely to decrease rapidly over time, rendering it ineffective to even cover short-term needs. This is true despite the bank’s commitment to review this rate on a quarterly basis.

So, the pertinent question: why did the World Bank agree to such a disbursement scheme instead of transferring aid directly in dollars?

Certainly, cash transfers have been lauded globally as the best approach to reduce poverty. Examples from various countries, however, have shown that not only do such interventions not yield the expected results in terms of poverty reduction but even end up excluding over half of the poorest quintile of their intended “targeted” category.

A study published in March 2019 by the consulting firm Development Pathways showed extremely high “exclusion error” rates in some of these programs.

In Lebanon’s case, to what extent can we “target” the more than half of the population that the World Bank estimates to be under the poverty line?

Moreover, eligibility for the program is calculated via proxy means testing consisting of a metric to rank households based on a set of measurable characteristics reported by households and observed by social workers.

Not only is this method riddled with limitations, starting with data collection and management, which are costly and highly prone to errors, but it is also an imperfect way to measure “poverty.”

It leads, therefore, to the exclusion of eligible individuals and the inclusion of those who are less poor. For instance, old people who live alone and with no school-age children may be less likely to be included within the range of beneficiaries, depending on the selection formula and weighted points.

Although the World Bank has insisted on a third-party monitor and the formation of an advisory group made up of activists, NGO experts and think tanks, there is little one can do to ensure data collection is done properly.

Can we trust all implementing partners including donors, NGOs and state institutions not to intervene in the selection process?

What’s more, the ESSN lacks a real exit strategy for beneficiaries that allows the graduation of beneficiaries after a certain period of time.

It is obvious that any targeting program cannot sustainably retain its beneficiaries and accumulate new ones, knowing that funds are limited. So, what happens to beneficiaries when funds run out?

While such programs are meant to be temporary measures and corollary to structural economic and social reforms, they end up being institutionalized in the absence of any real structural social policy reform, as evidenced by the NPTP, which dragged on for nine years before being replaced by this new version of the plan.

The issues surrounding this social assistance system proposed by the World Bank are far from being limited to the aforementioned technical aspects only, as these kinds of short-term palliative measures, such as cash transfers, entail broad and lasting implications at the political level.

In other words, these measures preserve and maintain the Lebanese political sectarian-liberal system by alleviating its negative repercussions on vulnerable individuals by prompting them to merely “cope” with its shortcomings. Thus it is crucial to embark on a systemic change to address the root causes of durable inequality in the country.

The Lebanese system is one of the most inegalitarian of the world, with a withering middle-class, neglected peripheries, high and growing poverty rates, increased unemployment and job insecurity.

Targeting schemes such as ESSN tackle only symptoms of inequality, disregarding the social and economic structures that reproduce them. What is the point of such an approach in the long term?

Another fundamental flaw in this type of program lies in the fact that it frames this problem of poverty through the “empowerment” of the “targeted” individuals rather than a universalist approach based on social rights.

This neoliberal-inspired approach to development issues is at the basis of the Lebanese system, wherein the minimal state has been keen on outsourcing its social responsibilities and functions to a wide range of non-governmental and charitable organizations.

This, combined with the effects of poverty targeting schemes, has undoubtedly further strengthened the dependency of citizens on the “zuama,” and contributed to silencing popular discontent and social demands for decades.

Today, while the country is on the brink of collapse, this approach is no longer acceptable, as Lebanon is in desperate need of real systemic change and not short-term palliatives — a disguised charity, in other words.

Today, all available funds should be channeled toward the long-overdue establishment of a universal social protection system guaranteeing education, health, social security and retirement for all.

The way forward is to build a welfare state, based on a social contract that recognizes rights and protects all citizens.

Poverty targeting — focused on a restricted group of beneficiaries — would then constitute one component of this social protection system.

Real change, therefore, lies in building a new political and economic system and not in ongoing assistance.

Relying on this type of targeting scheme has collateral consequences that sustain exclusion, patronage and sectarianism.

At a time when the COVID-19 pandemic has uncovered the failure of privatized systems to meet people’s needs, Lebanon ought to embark on a new system of social protection.

In its latest report on the Lebanese economic situation, released in the fall of 2020, the World Bank explicitly stated that the country “is in a deliberate depression with unprecedented consequences for its human capital, stability, and prosperity.”

Therefore, it is surprising to see that the same political forces that dragged the country into this situation of economic and social bankruptcy were granted a loan — something that will only perpetuate their grip on the country. Moreover, when granted such a loan while bankrupt, the question remains as to what incentive this elite will have to admit their failures and undertake the necessary reforms, notably by initiating a universal social protection system?

While the 2021 preliminary draft budget, presented almost four months late to the Cabinet, is still awaiting government approval and has therefore been delayed in heading to Parliament for a vote, a World Bank loan agreement has been put on an expedited and constitutionally shaky track for approval.In fact, the caretaker cabinet has sent the agreement to Parliament for ratification. The...