“The Beirut port explosion case is sacred. From now on, I will be the guarantor of this mission,” says the new lead investigator. 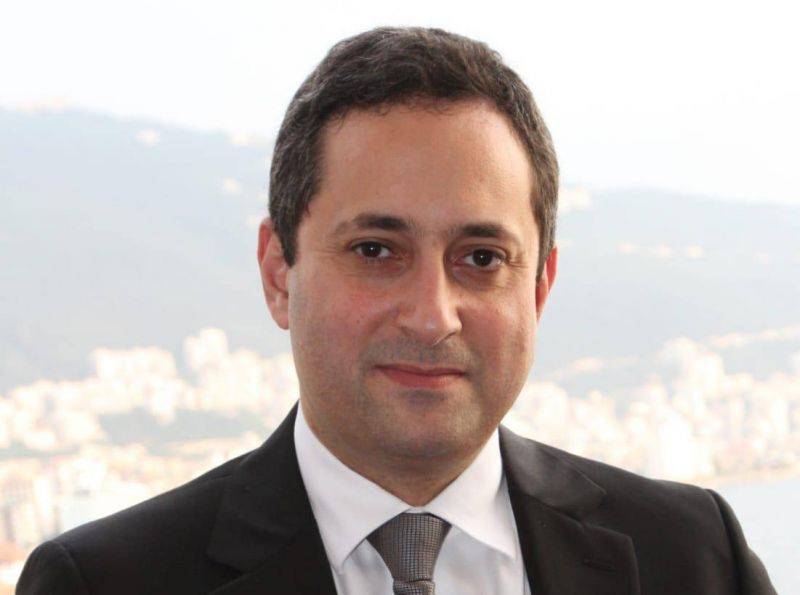 His name is already on everyone’s lips. Appointed on Friday as the new lead investigator in the Beirut port blast probe, Tarek Bitar has replaced his predecessor Fadi Sawwan, who was abruptly removed from the case on grounds of “legitimate suspicion.”

In a flash, Bitar has come into the limelight.

And for good reason: the judge, who is also the head of the Criminal Court in Beirut, is now entrusted with the daunting task of relaunching the investigation, currently at a standstill, six months after the Aug. 4 tragedy.

“The Beirut port explosion case is sacred. From now on, I will be the guarantor of this mission. Our duty toward the victims is to uncover the truth,” Bitar tells L’Orient-Le Jour.

“I will go wherever the law leads me. Nothing will stop me. I do not know where the investigation will take me, but I will not let it derail,” he adds, while many fear that the probe will be blocked by political interference, given the responsibilities at stake.

The day after the explosion, caretaker Justice Minister Marie-Claude Najm proposed Bitar’s name to the Higher Judicial Council, of which eight out 10 members are appointed by decree in the cabinet, as the judge to lead the investigation.

By virtue of its discretionary power, the Higher Judicial Council turned Najm’s proposal down without justifying its decision.

In fact, during the hearing, Bitar reportedly expressed his reservations about his nomination for the post, which swayed the council’s decision.

“He had shown little enthusiasm but assured his interlocutors that if they wanted to entrust him with the mission, he would take it on,” says a judge who requested anonymity.

But while press reports said that he was the one to turn down the position at the time, Najm denied this information last weekend, adding that Bitar expressed “reservations for personal reasons.”

Before Bitar’s appointment on Friday, the Higher Judicial Council also rejected another name proposed by Najm, that of Judge Samer Younes, who is known for his integrity and for not being one to bite his tongue or hold back.

Bitar, on the other hand, enjoys a good reputation within the Criminal Court over which he presides.

His young age, 46, however, has sparked some controversy in the judiciary, as this type of case is traditionally entrusted to a “more mature” judge.

Commenting on this, former Justice Minister Salim Jreissati told L’Orient-Le Jour that he believes that Bitar is up to the task, describing his career path as “extensive.”

“If he did not have what it takes, the Higher Judicial Council would have not unanimously approved the justice minister’s proposal to appoint him,” Jreissati adds.

“After the removal of Fadi Sawwan, Tarek Bitar showed himself determined to take the reins of the investigation,” says a close associate of Najm.

The new lead investigator will have a lot to take on, especially since his predecessor had started a standoff with political leaders, which was undoubtedly the reason behind his removal.

Sawwan’s removal came on the same day as Former Public Works Minister Youssef Fenianos, who Sawwan had charged with criminal negligence in November, was expected to appear before the judge. Caretaker Prime Minister Hassan Diab, as well as former ministers and sitting MPs, Ali Hassan Khalil and Ghazi Zeaiter, were also charged with criminal negligence.

Sawwan had also indicated his intention to initiate proceedings against Georges Haswani and Issam Khouri, two Syrian businessmen close to Bashar Assad’s regime, who were allegedly implicated in the importation of ammonium nitrate into Lebanon.

So, why did Bitar decide, under these circumstances, to walk into the lion’s den? According to one of his close associates, he felt that the victims’ relatives could not bear to see the post of the lead investigator vacant and the case further blocked.

When the opportunity to “seek the truth” was offered to him, he felt that “he could not escape his duties toward his conscience and public opinion.”

Well-versed in the criminal justice system, Bitar is well-placed to navigate the mission entrusted to him.

But whatever competence Bitar demonstrates, the scope of his investigation could be hindered by political interference, which seems to have drawn red lines when it comes to any action involving local or Syrian officials.

The very nature of the case — which is to understand who is responsible for importing ammonium nitrate into the port of Beirut, storing it for years in unsafe conditions, and finally the cause of the explosion — remains fundamentally political.

Born in Aydamoun in Akkar in 1974, Bitar is a father of two. He is married to Julie Hakmeh, a pharmacist who is also from North Lebanon (Qobeiyat). He holds a law degree from the Lebanese University.

The newly appointed investigator began his professional career as a lawyer, a profession he practiced for a few months, before joining the Institute of Judicial Studies, where he completed his training to become a judge in 1999.

The following year, he became a member of the Court of First Instance in North Lebanon, but only for a short period of time before he embarked on a career in criminal justice.

“He is an independent judge who has not allowed anyone to pressure him,” says a colleague who has worked with him closely in Tripoli for 15 years.

“He does not accept any intervention [in his work],” concurs Alexandre Najjar, a lawyer who met Bitar in the course of his work. The new lead investigator has dealt with several complex cases in recent years.

Bitar led the investigation into the 2012 assassination of Al-Jadeed’s cameraman Ali Chaabane in Wadi Khaled, which borders Syria. He accused the Syrian army of being behind the crime based on the examination of the cameraman’s vehicle and the direction from which the shots that killed Chaabane came.

When he became the head of the Criminal Court in Beirut in 2017, Bitar sentenced Tarek Yatim to death. The latter was indicted for having stabbed Georges al-Rif to death in the Gemmayzeh area of the capital in a road-rage incident that erupted over a disagreement about who held the right of way.

“It was a very hard decision for him to make,” says one of his colleagues, on condition of anonymity.

At the end of 2018, Bitar handed down another death sentence, this time to Mohammad Ahmar, who was found guilty of shooting and killing Roy Hamouche over a car accident in the Karantina area in northeastern Beirut.

Bitar is currently finalizing the case of Ella Tannous, a six-year-old who is said to be the victim of medical malpractice that caused her to have all four limbs amputated a few months after she was born. The case had dragged on since 2015, before Bitar took over.

Bitar does not intend to give up his post at the head of the criminal court but wishes to perform both jobs at the same time.

“He is passionate about his work,” explains Najjar.

Above all, Bitar seems to want to impose his own modus operandi, seemingly setting a different tone from his predecessor.

“He wants to move quickly given the seriousness of this issue that deeply affects people’s lives,” says one of his close associates.

Bitar was already at work in Beirut’s Justice Palace on Saturday, examining the pages of the case over the weekend.

“He will be up to the task,” Najjar says wishfully.

While Sawwan had remained silent throughout the investigation, further increasing the obscurity that surrounded him, notably regarding the arrest and detention of 25 people over the past six months, his successor appears to want to do things differently.

While remaining committed to the secrecy of the investigation, Bitar intends to organize press briefings periodically in coordination with the justice minister and the Higher Judicial Council.

As for the situation of the detainees, the young judge’s entourage said that each point of the file will be a priority for him.

Tarek Bitar is a relative of Youssef Bitar, an explosives expert known to have worked on bomb and mine clearance during the Civil War.

“Maybe this will allow him to go around on land riddled with mines laid by politicians,” says a colleague of the new lead investigator.

His name is already on everyone’s lips. Appointed on Friday as the new lead investigator in the Beirut port blast probe, Tarek Bitar has replaced his predecessor Fadi Sawwan, who was abruptly removed from the case on grounds of “legitimate suspicion.”In a flash, Bitar has come into the limelight.And for good reason: the judge, who is also the head of the Criminal Court in Beirut, is now...