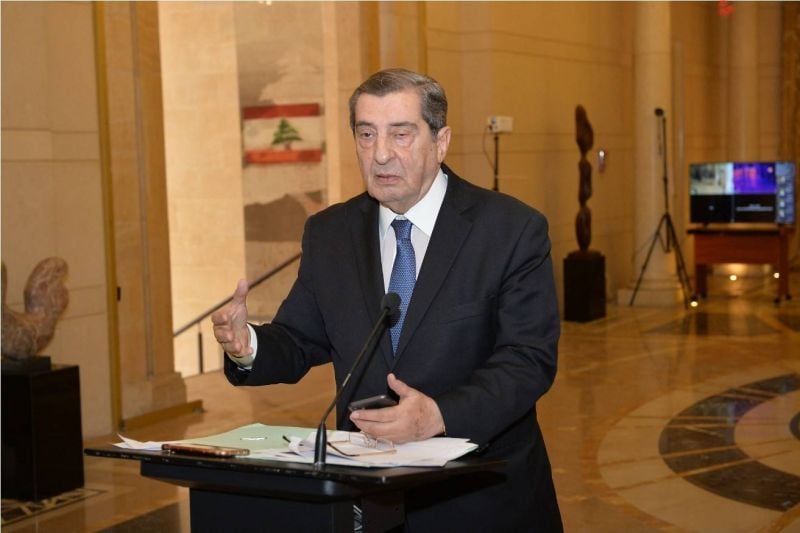 BEIRUT — The ballooning scandal over high-profile Lebanese political figures allegedly jumping the line to receive the COVID-19 vaccine could have ripple effects for vaccine distribution programs elsewhere in the world.

Lebanon was the first country worldwide to receive World Bank funding for its vaccine program, with the Bank last month approving the reallocation of $34 million under an existing loan program to strengthen the country’s health system.

But several other World Bank-funded COVID-19 vaccine programs are in the pipeline, including in Cabo Verde, Mongolia and Tajikistan, and financing for vaccinations will likely be extended to other low- and middle-income countries.

As such, experts said, World Bank officials may feel obligated to come down strongly on violations in Lebanon to avoid moral hazard issues in the countries that will follow, and to put in place additional safeguards that could delay the rollout of vaccine programs in other countries.

Jamal Saghir, a former World Bank director and now distinguished fellow for economics and development at the American University of Beirut’s Institute of Financial Economics, told L’Orient Today that as Lebanon’s vaccine program was the first World Bank-funded COVID-19 vaccination program to be rolled out, it would have been watched very closely by top World Bank officials, particularly given concerns about political favoritism in the Lebanese system.

“The fact that they got the Red Cross as independent monitors of the COVID-19 vaccine campaign in Lebanon was not by accident,” Saghir said. “It’s not often that the Bank will ask someone else to watch implementation, in my experience.”

In the wake of the revelation Wednesday that more than a dozen members of Parliament and staff had received the vaccines — which are meant to be reserved for front-line health care workers, those over 75 and those with serious medical conditions — World Bank officials reacted strongly.

While several of the parliamentarians insisted that they had signed up on the Impact platform as required and saw nothing wrong with accepting the vaccine when they were called in, Saroj Kumar Jha, the World Bank’s director for the Middle East, called the incident “clearly a departure from the national plan.”

He threatened a partial suspension of the World Bank financing for the program as a result.

It was later confirmed that, in addition to the MPs, President Michel Aoun, his wife, and 10 staff members had been inoculated without the presence of International Federation of Red Cross and Red Crescent Societies monitors who have been mandated by the Bank to oversee all vaccination sites.

Saghir said the incident in Lebanon had clearly gotten the attention of World Bank leaders in Washington as well as Beirut, based on the strong statements issued by local Bank officials, which would have had to receive support and approval from higher-ups.

“The fact that the country director, Mr. Saroj Jha, came out with a strong message means … that the senior management of the World Bank at the highest level are watching it, and they want to make sure this is done properly to make sure there will be nothing wrong when they do it in another country, whether on procurement, on process, on implementation, on disbursement, or on anything,” Saghir said. “This is reputational risk for the World Bank.”

In another type of program, Saghir said, the Bank might have suspended or canceled the loan if Lebanon had been found in violation of its terms. But given that the vaccines are a humanitarian issue, he said, the first step would likely be to order the Lebanese government to correct the issues immediately, and if they fail to do so, to suspend the program until officials meet the Bank’s required conditions.

“The World Bank has very strict rules, honestly, and I’m very glad about how the Bank reacted. It’s how they should have reacted,” he said.

World Bank officials did not respond to requests for comment on the potential repercussions of the incident in Lebanon for vaccine programs in other countries.

Bessma Momani, a professor of political science at the University of Waterloo in Canada and former consultant to the International Monetary Fund, told L’Orient Today, “I don’t think they’re going to take it out on the Lebanese people by pulling out, but it’s going to — and maybe this is a good thing — raise stronger awareness for other projects that the World Bank may be undertaking, that vaccine inequity and people skipping the queue needs to be monitored.”

As a result of the heightened attention to monitoring, Momani said, “I would also suspect that there may be delays. That’s the more troubling aspect of this all, that other countries may now face a delay as the World Bank regroups and focuses on ensuring accountability. Any kind of additional accountability mechanisms and processes put through on this, while it’s a good thing, will mean a delay for other countries.”

At the same time, she said, the scandal, “in a context and time when so much of the international community has practically given up on Lebanon,” is likely to further harm the country’s chances of support from other donors. “How short-sighted can you be?”

BEIRUT — The ballooning scandal over high-profile Lebanese political figures allegedly jumping the line to receive the COVID-19 vaccine could have ripple effects for vaccine distribution programs elsewhere in the world.Lebanon was the first country worldwide to receive World Bank funding for its vaccine program, with the Bank last month approving the reallocation of $34 million under an...