BDL is wrong on the law and should cooperate with forensic auditors, legal experts say 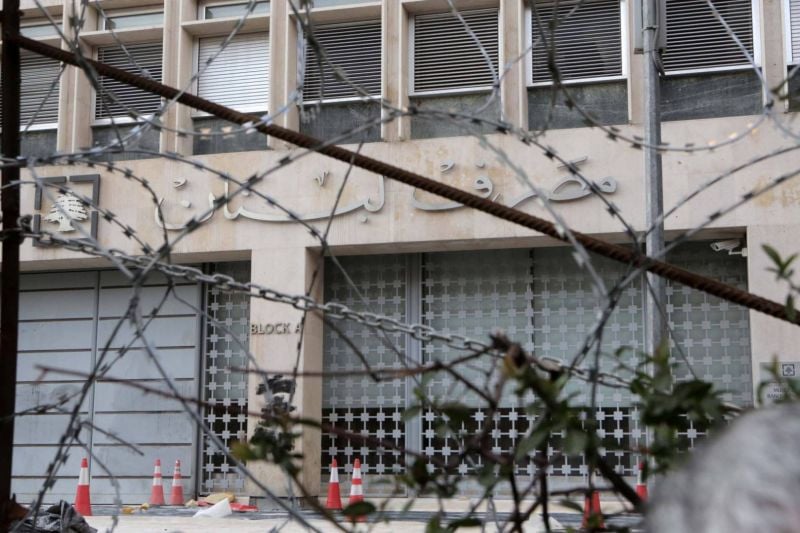 BEIRUT — The central bank’s claims that it cannot fully cooperate with a forensic audit due to legal constraints have no basis, experts have told L’Orient Today.

The audit, which seeks to uncover fraud and abuse in the financial sector, the state and specifically at Banque du Liban, has been thrown into question after the central bank refused to comply with over half of auditor Alvarez & Marsal’s requests, citing banking secrecy and the Code of Money and Credit.

“The banking secrecy law applies to private banks and customers’ accounts, but BDL is not a private bank, and public money is not a concern of this law,” said Karim Daher, a lawyer who specializes in public finance and tax law.

Daher’s position was seconded by another financial lawyer who asked to remain anonymous since they were not authorized to speak to the press. “The claims are baseless and aren't supported by the law,” they said.

Asked whether the central bank had a legitimate reason not to comply with the audit, caretaker Justice Minister Marie-Claude Najm replied, “Of course not.”

“The banking secrecy law is limited to not revealing the names of individuals. It does not include regulating and monitoring any violation or crime that was committed or might be committed in managing funds by banking institutions,” she said.

These views were backed up by opinions from the Beirut Bar Association and the Department of Legislation and Consultation, a quasi-independent body within the Justice Ministry, both of which affirmed that the contract with Alvarez & Marsal is executable.

The office of Riad Salameh, the central bank governor, has not responded to a detailed list of questions sent over the weekend.

At issue are the Code of Money and Credit, which regulates BDL, and the country’s strict banking secrecy law, which critics argue shields money launderers and tax evaders.

According to Daher and others, much of the information BDL withheld does not violate the Code of Money and Credit.

For instance, BDL refused to provide policies and procedures related to financial operations, risk and compliance, citing the Code of Money and Credit, according to leaked documents published by Forbes.

While BDL has not specified which part of the code prevents it from complying with the forensic audit, Article 151 bars the central bank from violating banking secrecy.

However, banking secrecy does not apply to the accounts of public institutions, multiple sources said.

“There is no banking secrecy when it comes to public funds and accounts at BDL; it simply does not exist,” Najm said.

The Bar Association agreed. “Banque du Liban, as the public sector bank, must provide the company appointed by the government to conduct a financial forensic audit, similar to the auditing companies that monitor its work, with all the information required of it in order for the forensic auditing company to carry out its work to the fullest,” it said, adding, “There is no banking secrecy on public money.”

According to a note Najm sent to outgoing Prime Minister Hassan Diab this week, banking secrecy isn’t applicable to state and BDL accounts “considering that their funds are discoverable according to Law 28 of 2017 protecting the right to access information.”

But even where banking secrecy does apply — namely, private financial institutions — it is not absolute.

“The banking secrecy laws do not deprive the state from forensically auditing banking transactions and hence going after illicitly obtained funds and/or tax revenues that belong to it,” said the finance lawyer who requested anonymity.

The lawyer said banking secrecy had to be viewed along with Law 44 of 2015, aimed at curbing money laundering and terrorist financing. One of the main purposes of the 2015 law was to “prevent components of the banking secrecy law from being circumvented by money launderers to commit crimes,” they said.

“Auditors of banks are obliged under [this law] to verify the compliance by banks with the provisions of the law and notify the chairman of the Special Investigation Commission of any violation,” they said. The SIC is headed by Salameh, the central bank governor.

To safeguard banking secrecy, Alvarez & Marsal offered to anonymize private parties by replacing their names with identifiers such as “Local Bank 001.” This solution was also advanced by the justice minister and her ministry’s Department of Legislation and Consultation.

But this, too, was rejected by BDL, according to Forbes, which first reported the central bank’s failure to cooperate.

Since Forbes’ expose last week, a new blame game has begun among the banking lobby and authorities, even as the country sinks further into crisis.

For instance, figures connected to the banking lobby have suggested that the government should first waive banking secrecy for its accounts at BDL — even though banking secrecy does not apply to public accounts.

“Most of the information circulating is flawed; they are clearly trying to obstruct and overthrow the forensic audit by misleading people with erroneous information,” Najm said. “The media and civil society should be pushing harder for the audit.”

Kulluna Irada, a civic organization for political reform, stated that “BDL’s refusal to provide A&M the required information — and failure by the executive and legislative branches to compel it to do so — is a direct violation of the state’s legal obligation to protect the public interest.”

It added that “resorting to banking secrecy is a blatant attempt at obstructing transparency and protecting corrupt vested interests at all levels.”

The audit, along with other financial investigations, are popular among many Lebanese as well as the international community since they may lead to convictions and potentially to recovering illicitly gained funds — helping to clean out corruption and rebuild the state’s tattered treasury.

BDL issued a statement Wednesday saying that it had handed over all of its accounts to the minister of finance “in accordance with the law.” However, it said that it did not hand over other state accounts, once again claiming that they were covered by banking secrecy. It did not mention the accounts of banks and other financial institutions, or other information requested by auditors.

Daniel James, a managing director with Alvarez & Marsal, said Wednesday after a meeting with caretaker Finance Minister Ghazi Wazni that the firm is assessing whether sufficient information has been provided by the central bank to allow A&M to start its audit.

“Without the forensic audit, we won’t be able to reveal the causes of the collapse nor the sources of losses, and therefore crackdown on corruption,” Najm said. “We won’t be able to recover the stolen assets, for that reason the public will end up paying for the losses.”

BEIRUT — The central bank’s claims that it cannot fully cooperate with a forensic audit due to legal constraints have no basis, experts have told L’Orient Today.The audit, which seeks to uncover fraud and abuse in the financial sector, the state and specifically at Banque du Liban, has been thrown into question after the central bank refused to comply with over half of auditor Alvarez...